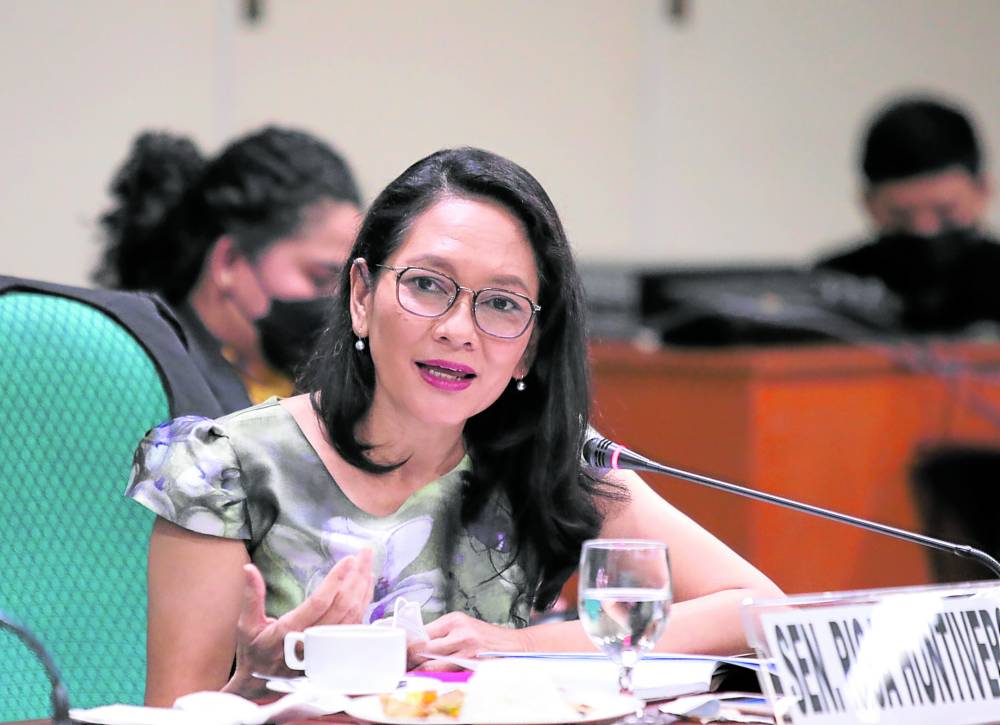 Could a former budget official linked to the Pharmally controversy uncovered by the Senate last year help explain the “pricey but outdated” laptops purchased for schoolteachers of the Department of Education (DepEd)?

Sen. Risa Hontiveros on Friday said she would file a resolution that would ask the Senate to again summon former Budget Undersecretary Christopher Lao, who used to head the Procurement Service of the Department of Budget and Management (PS-DBM), in connection with its purchase also last year of about 39,000 laptops worth P2.4 billion.

An earlier resolution by Senate Minority Leader Aquilino Pimentel III directs the Senate blue ribbon committee to conduct an inquiry into the purchase of the laptops which the Commission on Audit (COA) flagged in its 2021 report on DepEd.

In a statement on August 5, DepEd said: “The question on the price of the laptops can best be answered by … PS-DBM, the procuring entity for the units. The department only received the laptops from PS-DBM.”

PS-DBM awarded the supply contract for the laptops on June 30 last year to the joint venture of LDLA Marketing and Trading Inc., VSTECS (Philippines) Inc., and Sunwest Construction and Development Corp.

The notice of award was signed by then PS-DBM officer in charge Jasonmer Uayan, since Lao had already resigned earlier that month, amid the Senate investigation into the government’s pandemic supplies bought from Pharmally Pharmaceutical Corp. The startup company had bagged P8.7 billion worth of government contracts at the height of the pandemic in 2020.

But Hontiveros said the Senate should once again invite Lao, this time to shed light on the purchase of the laptops.

During its inquiry into the Pharmally controversy in November last year, the blue ribbon committee cited Lao in contempt and ordered his arrest after he snubbed four of its hearings. But the search for Lao fell through, even after the Senate reaffirmed its arrest order in January this year.

“It seems that there’s a ‘part two, part three’ of the previous acts and the name of Lao is being linked into this,” Hontiveros said.

“I think the investigation should not just center on the overpriced laptops, but on the ‘repeat performance’ of the PS-DBM in this questionable transaction under the leadership of Lao,” she added.

Hontiveros said an inquiry into the procured laptops should expand its focus, including the possibility of recommending the abolition of state agencies.

Sen. Sherwin Gatchalian, who supports the abolition of PS-DBM, noted the agency’s budget of P58,300 per laptop, in contrast to DepEd’s procurement request of P35,046.50 per unit.

State auditors said the P2.4 billion allotted for those computers was originally earmarked for 68,500 units, but the increase in the approved contract price “significantly reduced” the purchased laptops to 39,583 units.

“This deprived 28,917 teachers of the possible benefits from the supposed provision of these laptops,” Gatchalian, the chair of the Senate basic education committee, said in a statement.

“[This is] a great disservice to teachers,” he added.

“It’s alarming that public funds were not used properly for our teachers who served as front liners in providing education,” the senator also said.

The Department of Health (DOH) said it would seek clarification from PS-DBM regarding the procured personal protective equipment (PPE) recently flagged by the COA.

In its 2021 audit report on PS-DBM, state auditors pointed out the purchase of PPE worth P1.39 billion which were found to be unauthorized for sale or for public use.

The COA said it “cannot assure … client-agencies [of PS-DBM] of the safety of [those] PPE.”

DOH officer in charge Maria Rosario Vergeire, however, emphasized that PPE which the department had distributed to healthcare workers passed through regulatory standards.

“We will not distribute PPE that do not go through quality and safety [checks]. What we delivered to the implementing units were those approved by the inspectorate to ensure the quality [of the PPE] and the protection of the health-care workers,” she said at her press briefing on Friday.

But Vergeire also said some batches of PPE sent to the department earlier were rejected for not meeting the standards of both the DOH and the Food and Drug Administration.

“We already asked for clarification from PS-DBM to identify these stocks [of PPE],” she said. —WITH A REPORT FROM KATHLEEN DE VILLA