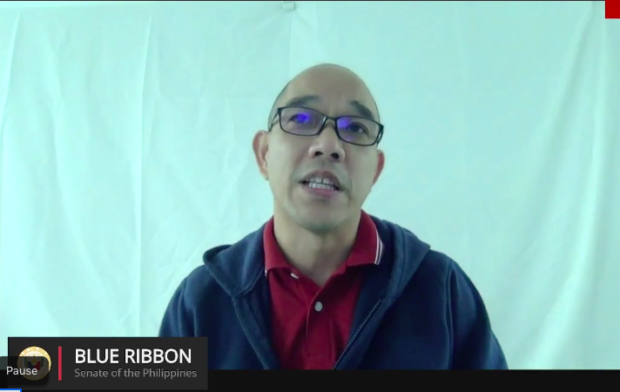 Lloyd Christopher Lao, the former head of the Department of Budget and Management – Procurement Service (PS-DBM), is in trouble again.

On Friday, Senator Risa Hontiveros called for the summoning of Lao, after the Commission on Audit flagged the Department of Education’s ()DepEd) purchase of laptops through the PS-DBM that was “pricey for an entry-level type laptop.”

As a member of the Blue Ribbon Committee, Hontiveros said her office has already begun working on a resolution.

(There always seems to be a cast of characters whose moves have a second or third act. The name of PS-DBM Usec. When Lao is involved, problems always arise.)

(I think the issue does not center on the overpriced laptops for our education system but the repeated performances of PS-DBM under Usec. Lao on these questionable transactions… When the resolution is heard, we will summon him again.)
Initially, Lao’s name first surfaced during the investigation of the Senate blue ribbon committee on the Pharmally deal during the COVID-19 pandemic when the public was grappling with its effects.

Throughout the hearings, it became evident that the Department of Health, under the direction of the PS-DBM, had purchased “overpriced” pandemic response supplies from Pharmally, as part of its pandemic response plan. These products included face masks and face shields.

The company was awarded P8.6 billion worth of government contracts despite only having a capital of P625,000.

RELATED STORY:
Pharmally scandal: When middlemen profit even during a pandemic

Read Next
Bongbong Marcos appoints new Bangsamoro transition members
EDITORS' PICK
Percy Lapid’s kin: ‘We demand that his cowardly assassins be brought to justice’
Nothing’s certain so here’s how everyday Filipinos can make the most out of their Plan B
Do all the things you do, faster
PNP vows to bring justice for slain Percy Lapid; says probe underway
House energy committee chair Arroyo bats for cheap electricity
‘Seniority’ requirement despite vacant posts in DOH bothers senators
MOST READ
Student stabs teacher dead in Samar town
Trixie Angeles quits as press secretary due to health reasons
Not rehired?: Trixie Angeles not on list of reappointed Cabinet execs
Heart Evangelista to stay abroad ‘indefinitely’: ‘Hindi muna ako babalik’
Don't miss out on the latest news and information.