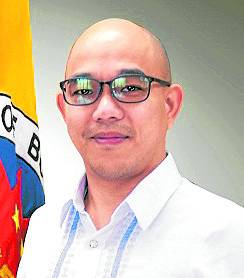 FILE PHOTO: Christopher Lao, former executive director of the Procurement Service of the Department of Budget and Management

MANILA, Philippines — The Senate has ordered the arrest of Christopher Lao, former executive director of the Procurement Service of the Department of Budget and Management (PS-DBM) after he was cited in contempt for skipping the hearings of the blue ribbon committee.

Lao, who is no longer working in government, was slapped a contempt citation for not attending the hearings despite not being covered by President Rodrigo Duterte’s order barring Cabinet members and executive officials from participating in the inquiry.

Of the 14 hearings, the former PS-DBM official did not attend four, according to the staff of blue ribbon committee chairman Senator Richard Gordon.

Senate Sergeant-at-Arms retired Maj. Gen. Rene Samonte said they will serve the arrest order even if Lao is outside Metro Manila.

Lao said in previous hearings that he is currently in his residence in Davao.

“If we receive it (arrest order), we will just prepare the admin requirements, at kahit (even if) out of town, we will serve and implement the arrest order,” Samonte said in a message to reporters.

During the course of the inquiry, senators have repeatedly questioned the Department of Health’s transfer of P42 billion to the PS-DBM for the purchase of pandemic response supplies.

A portion of this amount was the over P8.6 billion worth of contracts awarded to Pharmally Pharmaceutical Corp. in 2020. Senators doubted the financial capacity of the firm since it was only established in 2019 with a small capital of P625,000 when it secured the supply deals with the government.