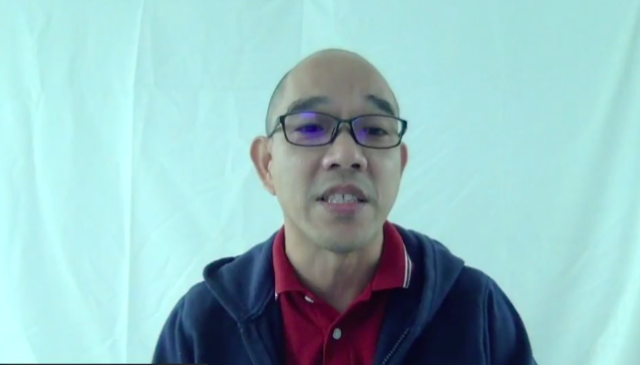 Pharmally Pharmaceutical Corp. executive Krizle Mago failed to return to the Senate after being incommunicado following her admission that the company, which bagged multibillion-peso contracts to provide pandemic supplies to the government, tampered with the manufacturing dates of medical-grade face shields for the Department of Health (DOH).

But Mago’s absence did not stop the blue ribbon committee hearing as the senators continued to scrutinize details of the P11.5 billion worth of contracts that the Procurement Service of the Department of Budget and Management (PS-DBM) and the DOH awarded to the undercapitalized trading company in 2020 and 2021.

Mago is the regulatory affairs head and one of the incorporators of the company, which was established in 2019 with a paid-up capital of only P625,000 and zero income before it was awarded the multibillion-peso contracts for face shields and masks, personal protective equipment and COVID-19 test kits last year.

Lao said the Bayanihan 1 law did not mandate his office to look into the financial status of a company before awarding any contract.

But Sen. Panfilo Lacson said Lao ignored a resolution of the Government Procurement Policy Board (GPPB) which stated the need to negotiate with a “legally, technically, and financially” capable supplier.

“He invokes the Bayanihan 1, but he forgets that there is the GPPB resolution that is like the [implementing rules and regulations] of Bayanihan 1,” Lacson said.

Had Lao checked the income tax returns of Pharmally, he would have found that it was not financially capable, he said.

Blue ribbon committee chair Sen. Richard Gordon said that even if it was not stated in the Bayanihan law, the financial, legal, and technical capability of a supplier must be checked.

Pharmally director Linconn Ong had earlier testified that the company was financially struggling at the time and had to borrow money from Michael Yang, a longtime Chinese friend of President Duterte who had also served as a presidential economic adviser.

Gordon continued to hammer PS-DBM for allegedly favoring Pharmally over other companies.

To justify an award of 10 million face masks worth P220 million to Pharmally, Gordon said old bid proposals from other companies were used to make it appear that the company offered a cheaper price.

Citing another instance showing favoritism for Pharmally, Gordon said that in procuring P600 million worth of test kits, Pharmally edged out another company that offered the same price after a report was prepared to show that the company could make deliveries in seven days, without indicating the delivery period offered by the rival company.

“On a flimsy excuse, Pharmally got it,” the senator said. “This is what we’re saying. You’re really favoring Pharmally.”

Also on Thursday, the senators decided to keep Ong in a Senate detention cell for continuing to refuse answer their questions, including how much was loaned by Yang to the company.

The 33-year-old businessman, who has been detained since Sept. 21, invoked his right against self-incrimination and said there was a nondisclosure clause in the loan agreement with Yang.

Minority Leader Franklin Drilon said Ong refused to answer even questions that were not incriminating, such as when he signed the nondisclosure agreement.

“Your refusal to answer obstructs the capability of this committee to perform its work. I hope you understand that,” Drilon told Ong.

In his own “open letter to the senators,” on Tuesday, Ong appealed to be spared from further testifying, saying he had received death threats to force him to pin the blame of any irregularities in his company’s transactions on the President.

Pharmally secretary and treasurer Mohit Dargani and his sister, company president Twinkle Dargani, also were cited in contempt by Gordon’s committee after they failed to attend Thursday’s hearing.

‘She knows a lot’

Gordon directed the Senate Sergeant-at-Arms to look for Mago, who had not contacted his committee since she testified on Friday last week. He said she was a “very material witness” in the Senate’s inquiry into the alleged misuse of pandemic funds.“

“She’s more than just somebody who appears to be a clerk, or a very soft-spoken young lady and we respected her authority here, but I think she knows a lot more and she does a lot more for Pharmally,” Gordon said.

During last Friday’s hearing, Mago confirmed a Pharmally warehouse worker’s testimony that she had ordered that certificate documents be changed to show that medical-grade face shields the company had sold to the DOH were produced in 2021 instead of 2020.

She also confirmed the worker’s statement that the face shields they had delivered included those that had been damaged or soiled.

Sen. Risa Hontiveros, who had presented the video testimony of the warehouse worker, said Mago’s absence was “very concerning.”

The warehouse worker who gave a video testimony last week stood by his story on Thursday, denying allegations by lawyer Ferdinand Topacio that he was bribed to testify against Mago and Pharmally.

In a press conference, the male worker, whose identity has not been disclosed for his safety, said he got in touch with Hontiveros’ office via email to tell the Senate what he knew.

He said it was his decision to expose the tampering and did not ask for any payment in exchange.

Topacio told reporters on Wednesday that a lawyer working for Hontiveros had paid the witness.

The senator strongly denied the allegation.