12 years since breastfeeding law passed, breastmilk ‘more important than ever’ 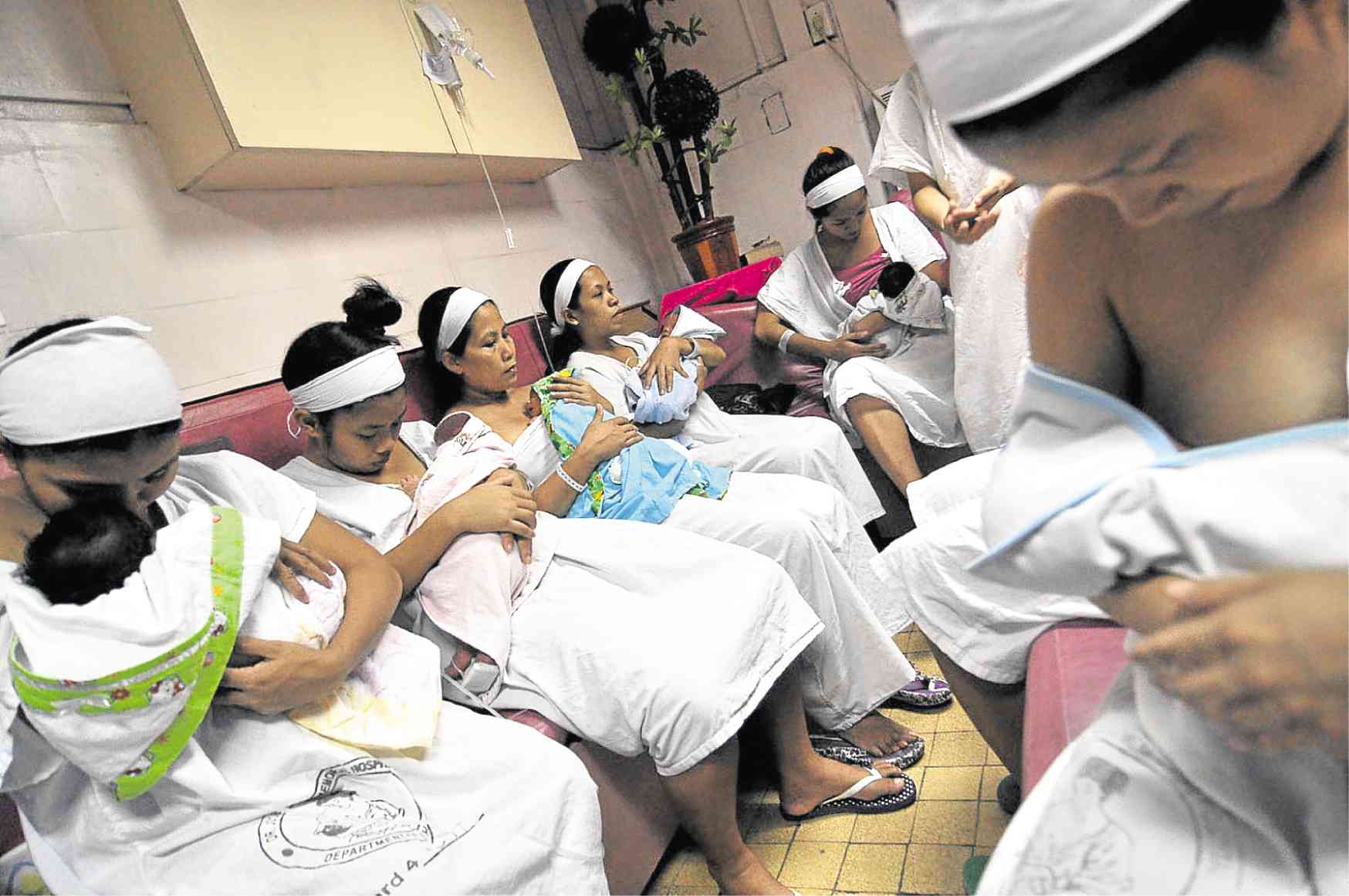 “I didn’t have to spend on or look all over for formula milk,” she said.

Capucanan’s story was featured by the United Nations Children’s Fund (Unicef) as the Philippines marked the Breastfeeding Awareness Month with the theme “Sama-samang Itaguyod Tamang Kaalaman at Kalinga sa Pagpapasuso.”

Breastfeeding Awareness Month is celebrated every August since Republic Act No. 10028, or the Expanded Breastfeeding Promotion Act, was signed by Gloria Macapagal-Arroyo on March 16, 2010 to promote breastfeeding.

The law, which was considered a gift to all Filipino mothers, stressed the “distinct advantages” of breastfeeding, stating that it benefits both the child and the mother.

This, as breastmilk, which is a “safe, nutritious and accessible food source” for infants, offers a powerful line of defense against diseases and child malnutrition, including wasting.

Twelve years since the law was signed, the Unicef stressed that as crises—disasters, war, epidemics—continue to threaten the health and wellbeing of millions of children, the significance of breastfeeding has become “more critical than ever.”

Dr. Rabindra Abeyasinghe, World Health Organization (WHO) representative to the Philippines, said in 2020 that exclusive breastfeeding protects an infant against childhood diseases and death.

WHO said that all over the world, 820,000 children five years old and below could be saved yearly if all infants 0 to 23 months old are “optimally breastfed.”

As the Unicef pointed out, breastfeeding provides children the best start in life as breastmilk, which serves as the child’s “first vaccine,” is considered the “best source of nutrition.” 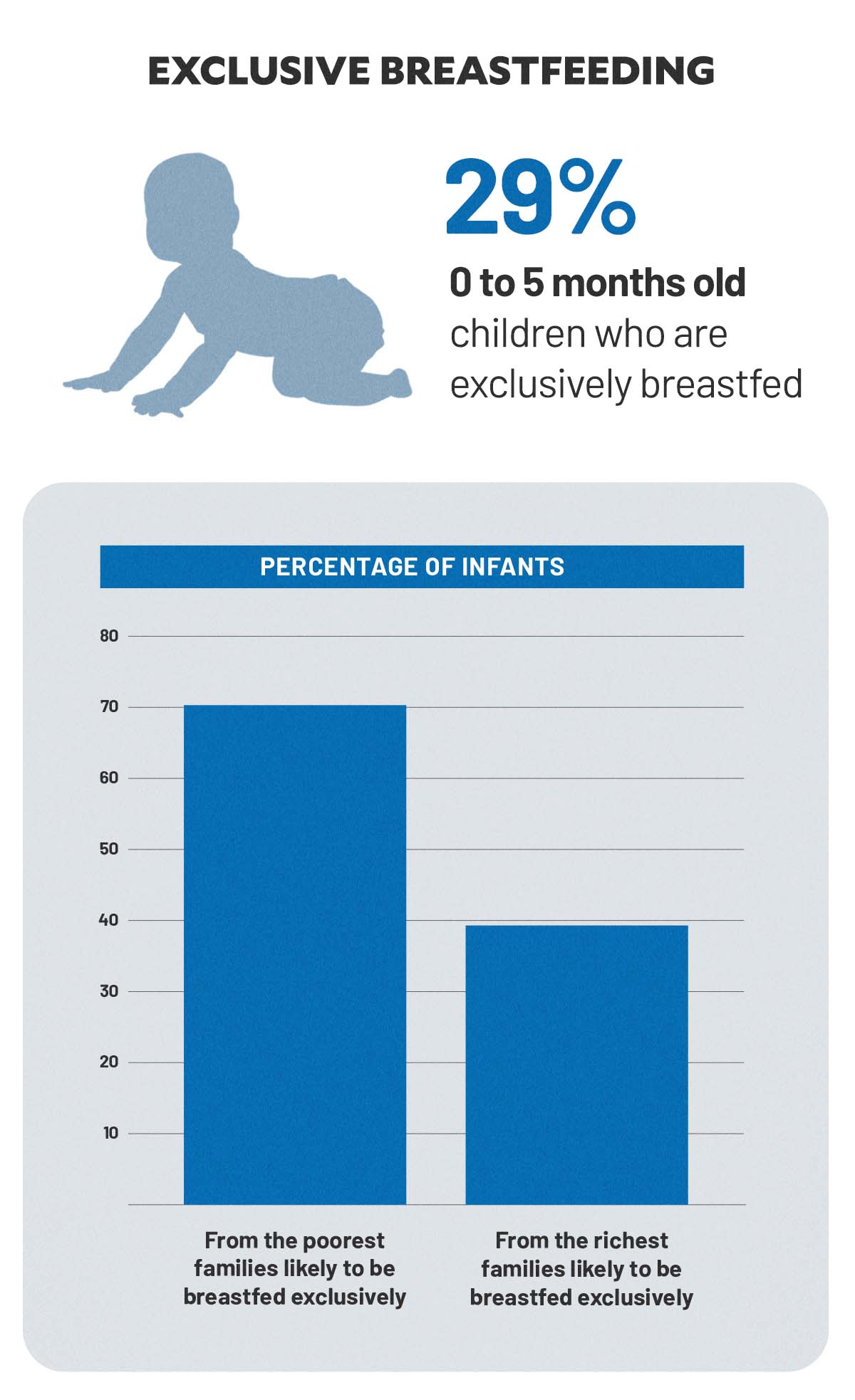 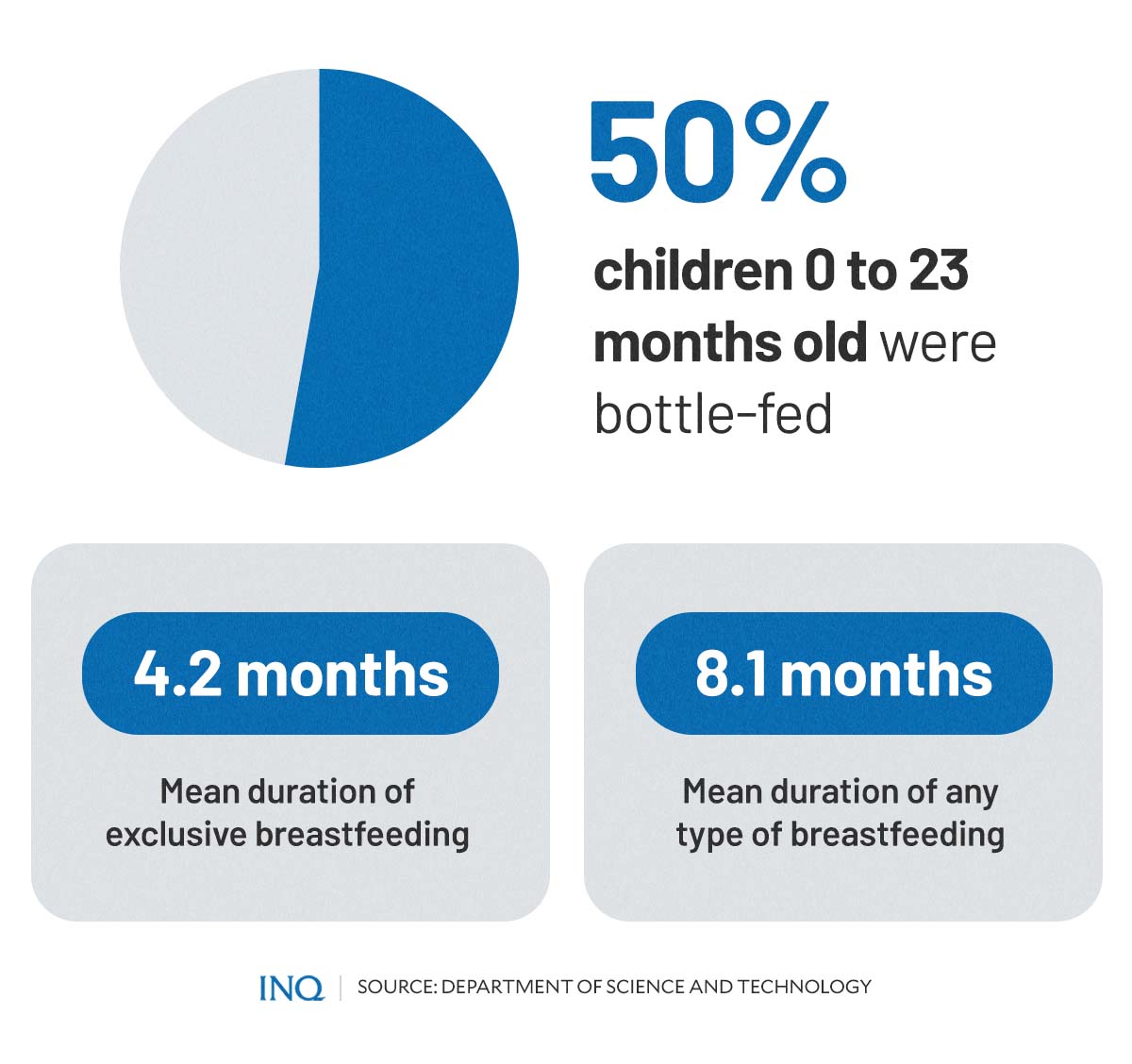 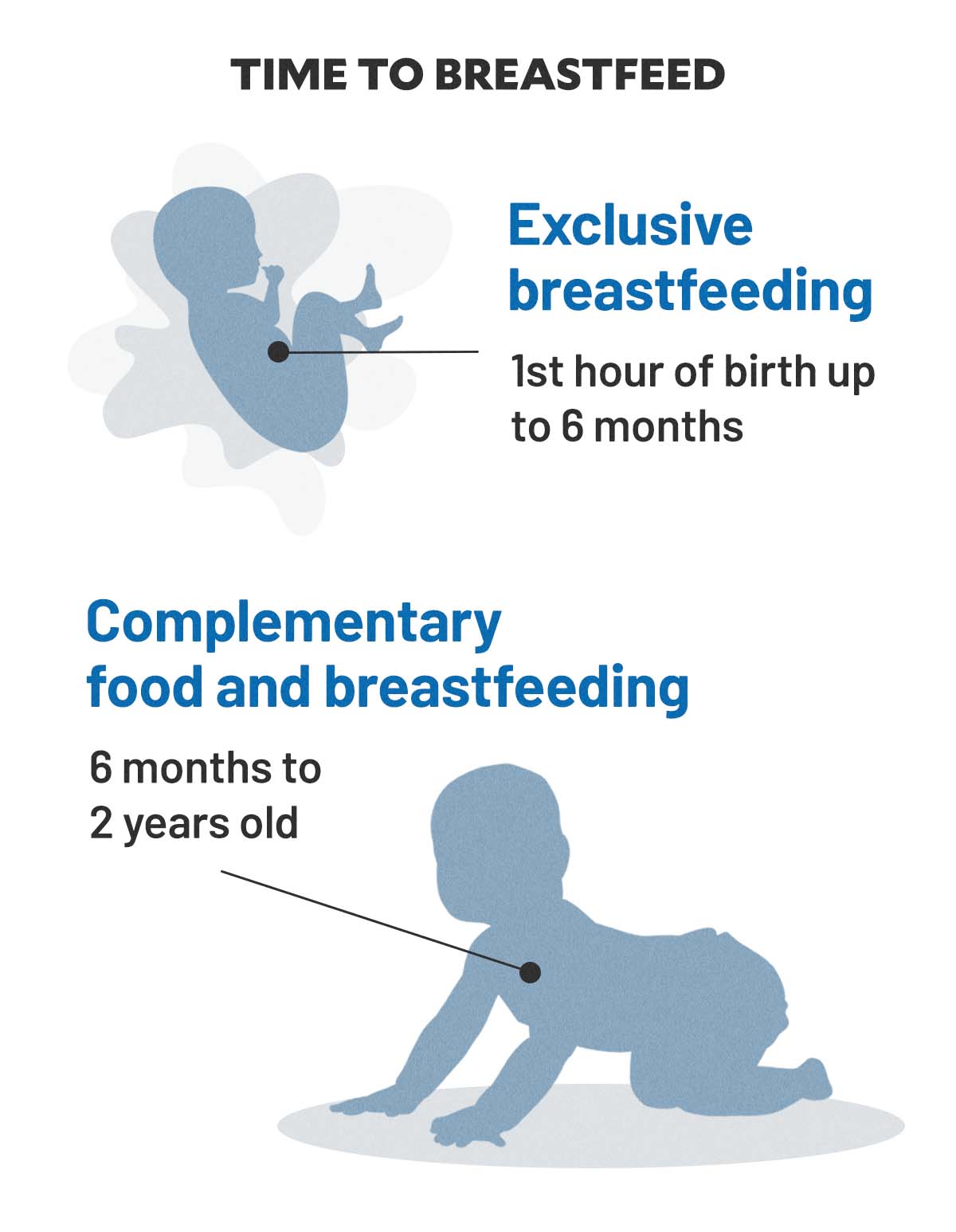 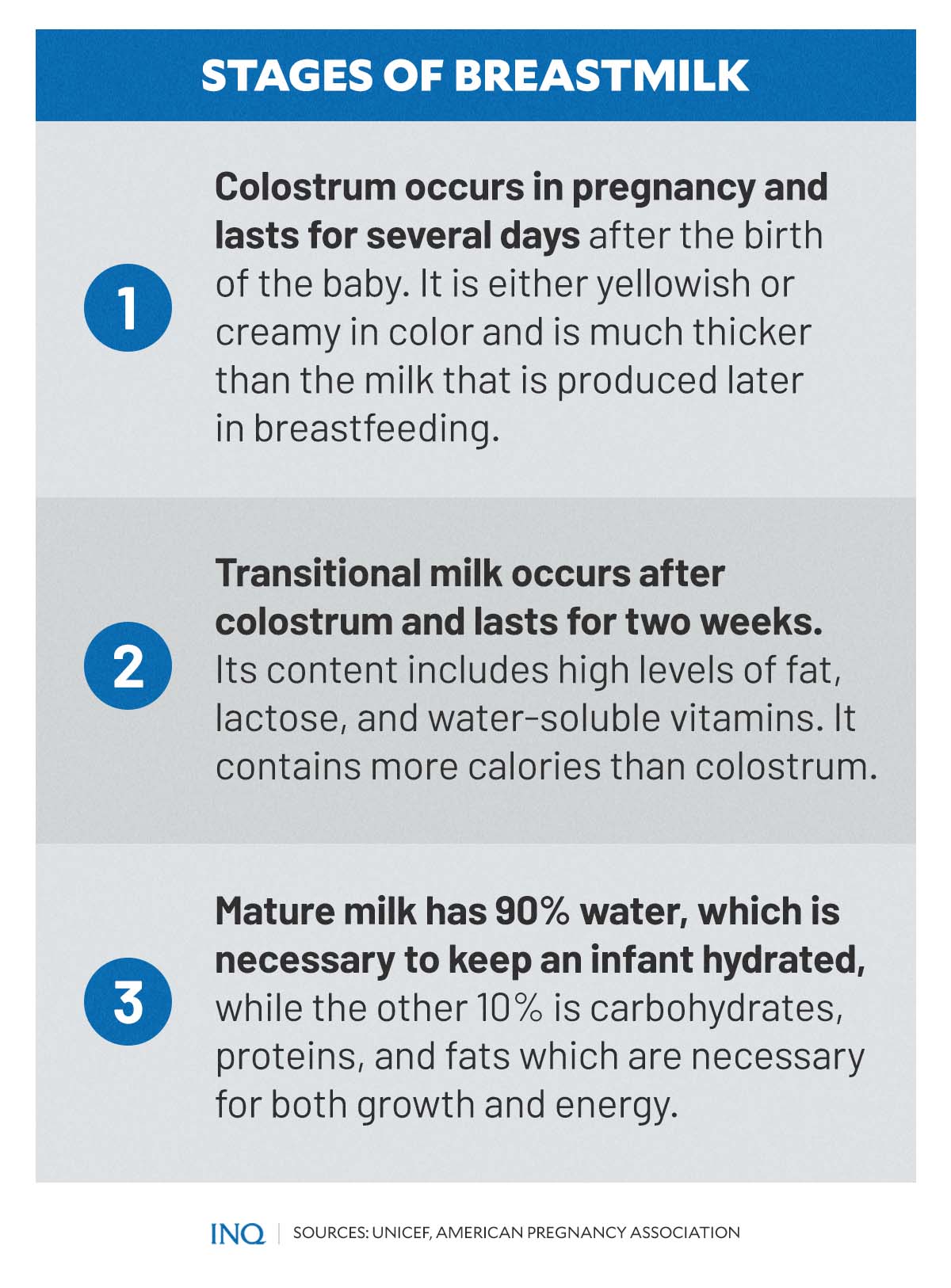 It was likewise stressed by the Unicef that breastfeeding helps prevent the leading causes of death among children (diarrhea and pneumonia) and women (ovarian and breast cancer).

Unicef said when mothers practice proper breastfeeding, nearly 50 percent of diarrhea episodes and a third of respiratory infections would be avoided. Breastfeeding has also been found to reduce the risk of childhood obesity and diabetes in children.

Breastfeeding is also associated with a lower risk of breast and ovarian cancers for nursing mothers later in life. The medical journal Lancet estimates that 20,000 deaths from breast cancer death could be prevented annually through optimal breastfeeding.

Colostrum, the first stage, occurs in pregnancy and lasts for several days after the birth of the baby. It is either yellowish or creamy in color and is much thicker than the milk that is produced later in breastfeeding.

The association said colostrum is high in protein, fat-soluble vitamins, minerals, and immunoglobulins. Immunoglobulins are antibodies that pass from the mother to the baby and provide passive immunity for the baby.

The final milk that is produced is mature milk—90 percent of it is water, which is necessary to keep an infant hydrated, while the other 10 percent is carbohydrates, proteins, and fats which are necessary for both growth and energy.

It was stressed by the DOH that in socio-economic settings, breastfeeding “improves survival and provides lifelong health and development advantages to newborns and infants.”

However, based on the 2018 Expanded National Nutrition Survey (ENNS) conducted by the Department of Science and Technology, the percentage of 0 to 5 months old children who are exclusively breastfed remains to be low at 29 percent. 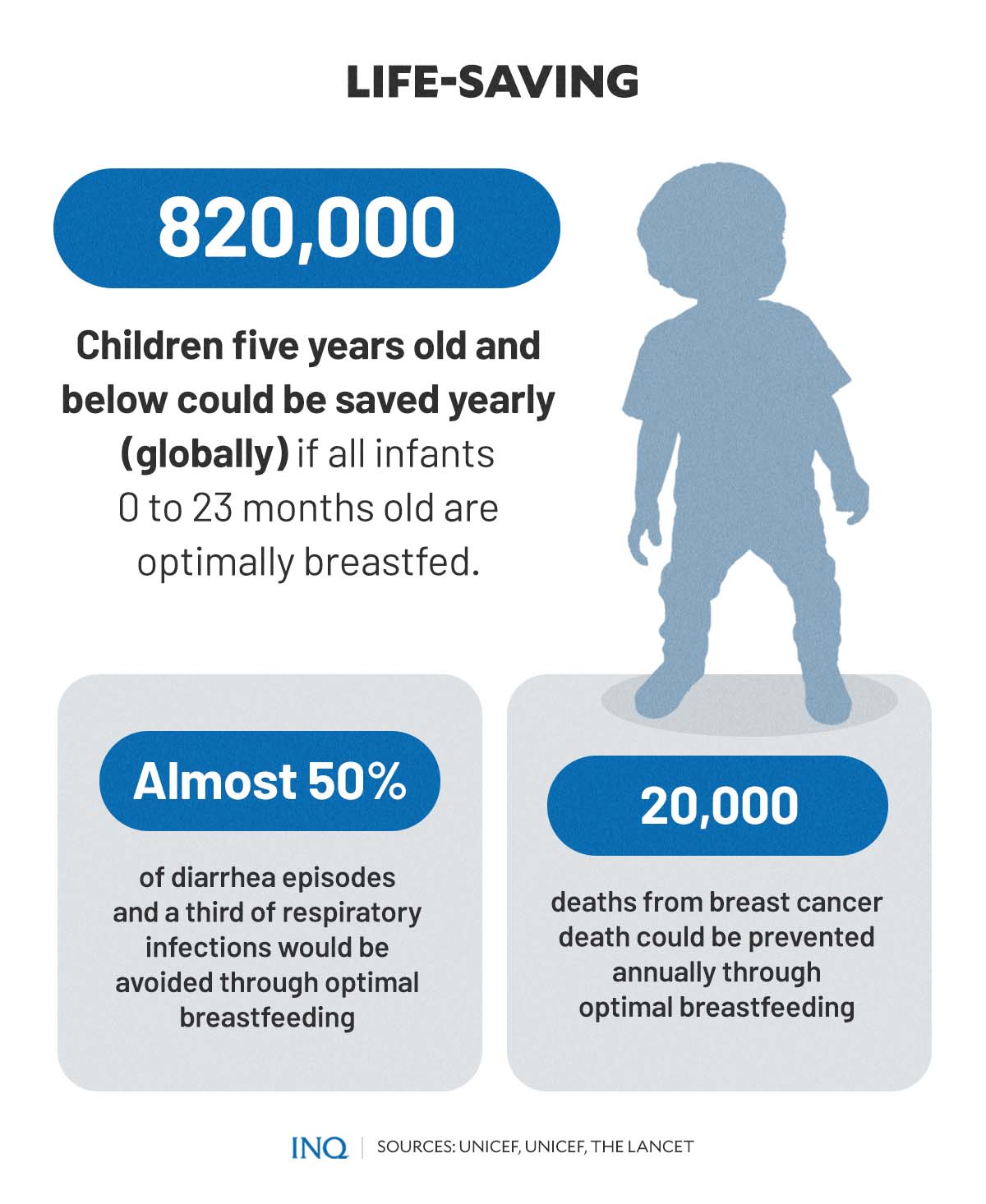 This, even if 71.6 percent, seven out of 10 newborns, were initiated to breastfeeding within one hour after birth.

The ENNS also revealed that 16.5 percent, or almost two out of ten newborns were given prelacteal feeds, with breastmilk substitute (80 percent) as the most common type of prelacteal feed.

Prelacteal feeds, a study published in Sage Journals stated, are the feeding practice in which any substances other than breastmilk are given to newborns before the initiation of breastfeeding.

Poor infants likely to be breastfed

“Prelacteal feeding deprives the child of the valuable nutrients and protection of colostrum and exposes the newborn to the risk of infection,” the study pointed out.

More than half (53 percent) of children 0 to 23 months old were bottle-fed, or fed through a bottle with nipple/teat with any liquid (including breast milk) or semi-solid food.

Bottle feeding was more common among children 0 to 23 months belonging to the richest quintile (74.4 percent), with mothers reaching at least college level (67 percent) of education, and those with working mothers (69.4 percent).

The result of the ENNS showed that more than two-thirds, or 67.1 percent, of mothers were knowledgeable about proper duration of exclusive breastfeeding.

There were more mothers aged 20 years and above (67.3 percent) who had correct knowledge about proper duration of exclusive breastfeeding from birth up to 6 months than teenage mothers (62.7 percent).

The proportion of mothers who had knowledge on proper duration of exclusive breastfeeding also showed an increasing pattern as the maternal educational attainment and wealth index increased.

However, no difference in the maternal knowledge was noted across the mother’s civil status and place of residence.

The DOST said knowledge about exclusive breastfeeding is highest among mothers who reached college level (74.3 percent), high school level (67.9 percent), others such as SPED and ALS (59.8 percent) and elementary level (57.4 percent).

WHO said studies  have shown that the promotion of breastfeeding ranks among the most effective interventions to improve child’s survival in developing countries.

One of the prominent provisions of the Expanded Breastfeeding Act of 2009 is the promotion and protection of breastfeeding practice among working and non-working mothers through establishment of lactation stations at workplaces and other public settings.

However, in terms of breastfeeding or lactation usage, only one in every ten mothers (11.8 percent) claimed they used these facilities when feeding their child.

A higher percentage of breastfeeding station usage was noted among mothers aged 20 years old and above (12 percent), had at least college level (21 percent) of education, and working (15.6 percent) mothers than their counterparts.

Similarly, there were more mothers residing in urban areas (15.6 percent) and belonging to the richest (24.3 percent) quintile who reported using lactation stations than those in rural (8.7 percent) and other lower wealth quintiles.

There was no significant difference in the proportion of mothers who claimed usage of breastfeeding/lactation stations was noted between mother’s civil status.