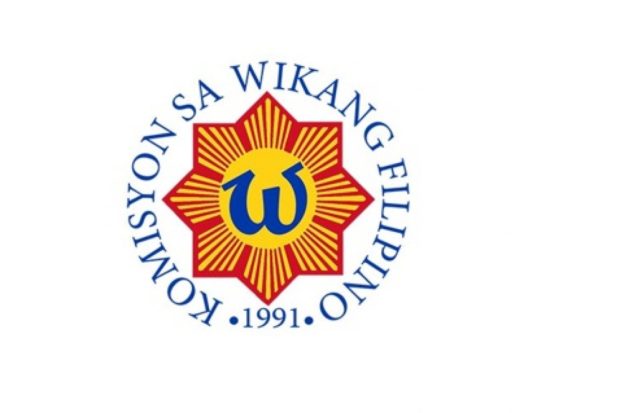 In a move denounced by artists and academics as signaling the “death of scholarship,” the Komisyon sa Wikang Filipino (KWF) ordered the pullout and stopped the publication of five books it deemed “subversive” for promoting “antigovernment ideologies.”

In a memorandum dated August 9, KWF commissioners Carmelita Abdurahman and Benjamin Mendillo ordered one of their units, the Sentro ng Wika at Kultura (SWK), to cease printing the Filipino-language titles they said contained “political, subversive and creative literary works with subliminal ideologies that encourage to fight the government.”

However, three of the books – Teatro Politikal Dos, Kalatas and May Hadlang ang Umaga – had already been published by the commission and featured in the “KWF Publikasyon Paglulunsad 2022” on April 29.

All SWK directors were advised to refrain from distributing the books so that “we would not be accountable to Republic Act No. 11479, particularly Section 9 on inciting to commit to terrorism,” the memo read in part.

The KWF issued the directive as the country was celebrating Buwan ng Wika, or the national language month.

“In line with this, the OIC Director General (Mendillo) is also ordered to release a letter to all media, libraries and schools to explain the suspension of the said books that do not follow the mandates indicated in RA 7104,” it added, referring to the Commission on the Filipino Language Act.

KWF, an agency attached to the Office of the President, is currently chaired by Arthur Casanova, a poet, short story writer, playwright, actor, and director.

Poet and screenwriter Jerry Gracio, who resigned from his post as KWF commissioner for Samar-Leyte languages in 2020, assailed the “Red-tagging” of the book authors supposedly because they referenced Lumbera, a national artist for literature who died in September 2021.

Red-tagging refers to the practice of some government agencies of linking activists and critics to the communist rebellion, largely without basis.

“We allow this and we signal the death of scholarship,” Gracio said in a Twitter post on Thursday.

In May, the head of the National Intelligence Coordinating Agency (Nica) said the publishing house was attempting to “subtly radicalize” Filipino children with its book bundles on the brutal dictatorship of President Marcos’ late father.

Nica Director General Alex Paul Monteagudo claimed the #NeverAgain bundle offered by Adarna at discounted prices was a ploy by communists to radicalize the youth.

The Filipino literature department (Departamento ng Filipino at Panitikang Pilipinas) of the University of the Philippines Diliman condemned what it considered the political persecution of academics and writers.

The department called out the hosts of “Laban Kasama ng Bayan,” a program on progovernment TV network SMNI, and Lorraine Badoy of the National Task Force to End Local Communist Armed Conflict, for labeling KWF as distributors of “terrorist propaganda.”

“Part of KWF’s mandate is to advance language and Filipino literature. Publishing books like these is part of the intellectualization and promotion of the national language,” the department said.

Tanggol Wika, a network of academics, scholars, writers and cultural activists, “vehemently condemned” the Red-tagging of the authors, saying publications under the KWF went through rigorous peer review and editing processes.

“It is part of the academic freedom of writers, teachers, researchers and everyone to read, analyze, cite and use any text, whoever the author and publisher are,” Tanggol Wika said.

‘Fahrenheit 451’ in 2021? The purging of ‘subversive books’ in PH state libraries

Read Next
Defensor just visiting, giving advice – MMDA chief
EDITORS' PICK
Percy Lapid’s kin: ‘We demand that his cowardly assassins be brought to justice’
Nothing’s certain so here’s how everyday Filipinos can make the most out of their Plan B
Do all the things you do, faster
PNP vows to bring justice for slain Percy Lapid; says probe underway
House energy committee chair Arroyo bats for cheap electricity
‘Seniority’ requirement despite vacant posts in DOH bothers senators
MOST READ
Student stabs teacher dead in Samar town
Trixie Angeles quits as press secretary due to health reasons
Not rehired?: Trixie Angeles not on list of reappointed Cabinet execs
Final net satisfaction rating slightly decreases for Robredo, Sotto — SWS
Don't miss out on the latest news and information.