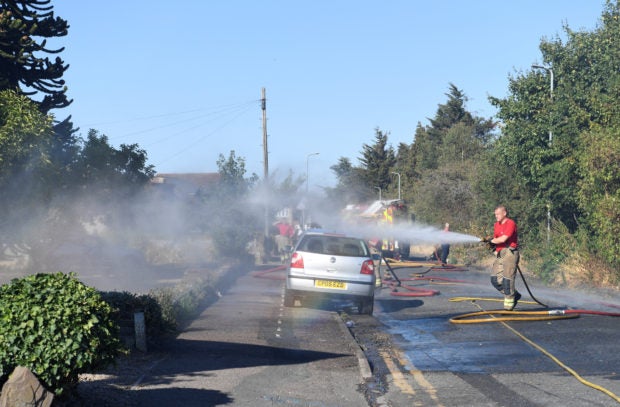 LONDON — Parts of England are likely to declare a drought on Friday, local media reported ahead of a meeting between the government, its environment agency, and water companies to discuss a long period of dry weather.

Parts of England are in the middle of their second heatwave this summer with temperatures forecast to top 30 Celsius (86 Fahrenheit) for the next few days, having reached their highest ever of more than 40°C last month.

Much of Europe has been baking in high temperatures that have triggered huge wildfires, with unprecedented droughts causing shortages, threatening crops, and disrupting river shipping routes.

This July was the driest on record for some English regions and the driest for England overall since 1935, with just 35% of average rainfall.

That, coupled with continued dry forecasts, is expected to push some areas of the country to formally declare a drought after a meeting of the “National Drought Group” which is due to begin on Friday morning.

Sky News said these could apply to several different reasons, citing an unnamed source in the Department for Environment, Food and Rural Affairs. The government said no decisions had yet been taken.

Any declaration would be regional and would not automatically trigger specific government interventions. However, it could cause local water companies to enact new restrictions for households or businesses to preserve supplies.

Several water companies have already announced restrictions on water usage. A ban on hoses and sprinklers for South East Water customer comes into effect on Friday, and Thames Water, which supplies 15 million people around London, said it was also planning restrictions.