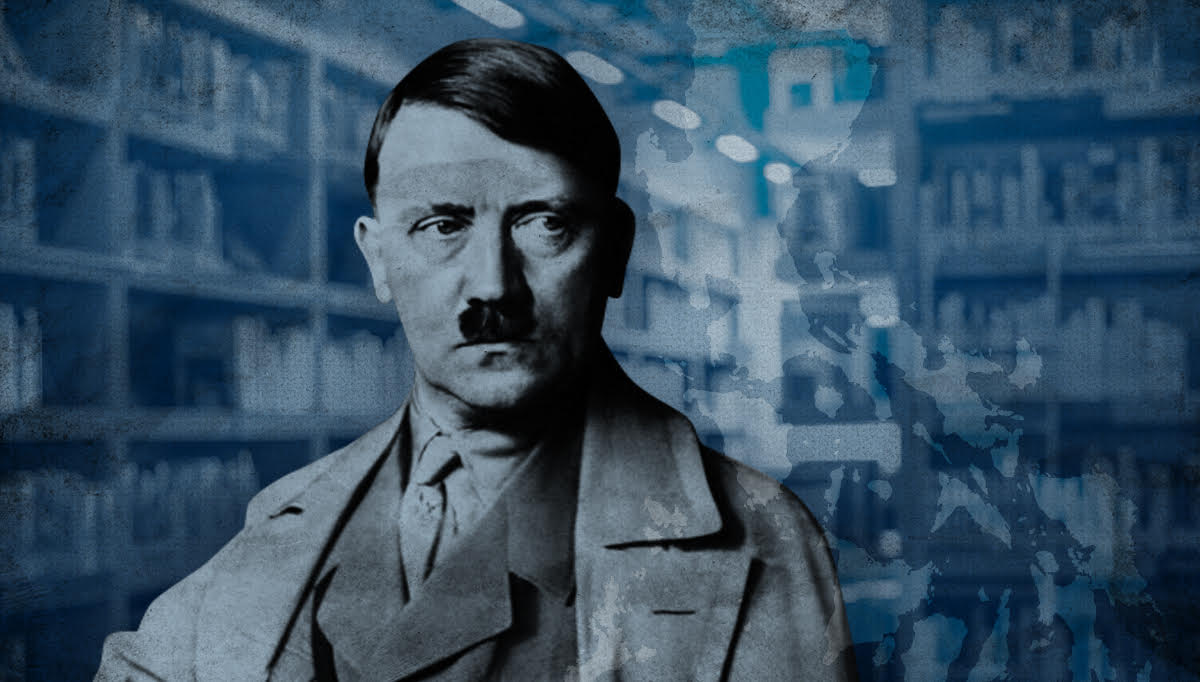 MANILA, Philippines—It was 1933 in Germany. Adolf Hitler was about to become chancellor and his Nazi party was consolidating power through several means, including a purge of what the Nazis branded as un-German ideas from the collective memory of the German people.

These included books that had been arbitrarily branded as deviant from what the Nazis preached. As a result, tens of thousands of books had been burned on orders of Joseph Goebbels, the propagandist who would play a key role in Hitler’s rise as a dictator and history’s most evil mass murderer.

Among the works that had been burned in piles at German plazas were those by poet Bertolt Brecht, scientists Albert Einstein and Sigmund Freud and even those of novelist Ernest Hemingway’s.

“This was a prelude only. Wherever they burn books, they will also, in the end, burn human beings,” wrote German poet Henrich Heine about the book-burning frenzy, according to a report in the German website DW.

Heine’s words were prophetic. A few years later, at least six million Jews would be murdered by the Nazis and their bodies dumped in mass graves or burned.

The mission was to remove all books, pamphlets, research work or any reading material that has reference to communism, socialism or Philippine communist rebels who have been waging a guerrilla war for more than 50 years now.

The premise was that books with socialist or communist content poison the minds of the youth into rebelling against the government, never mind the other more substantial causes of rebellion.

The operation to rid state university libraries of what the military would brand as subversive reading materials could be part of the bigger plan to end the insurgency by the time President Rodrigo Duterte steps down from power in 2022. It was a campaign that has targeted everyone in the Left, including those indiscriminately branded as communist sympathizers.

But target books, too?

Elvira Lapuz, librarian of the University of the Philippines (UP) Diliman, said getting rid of reading materials as part of the counterinsurgency campaign disregards critical thinking and literacy.

“It shows how little faith we have in our youth,” she told INQUIRER.net.

“It clearly says that we do not trust them at all to be conscious, aware and critical of the materials they have or have been given access to,” she said. 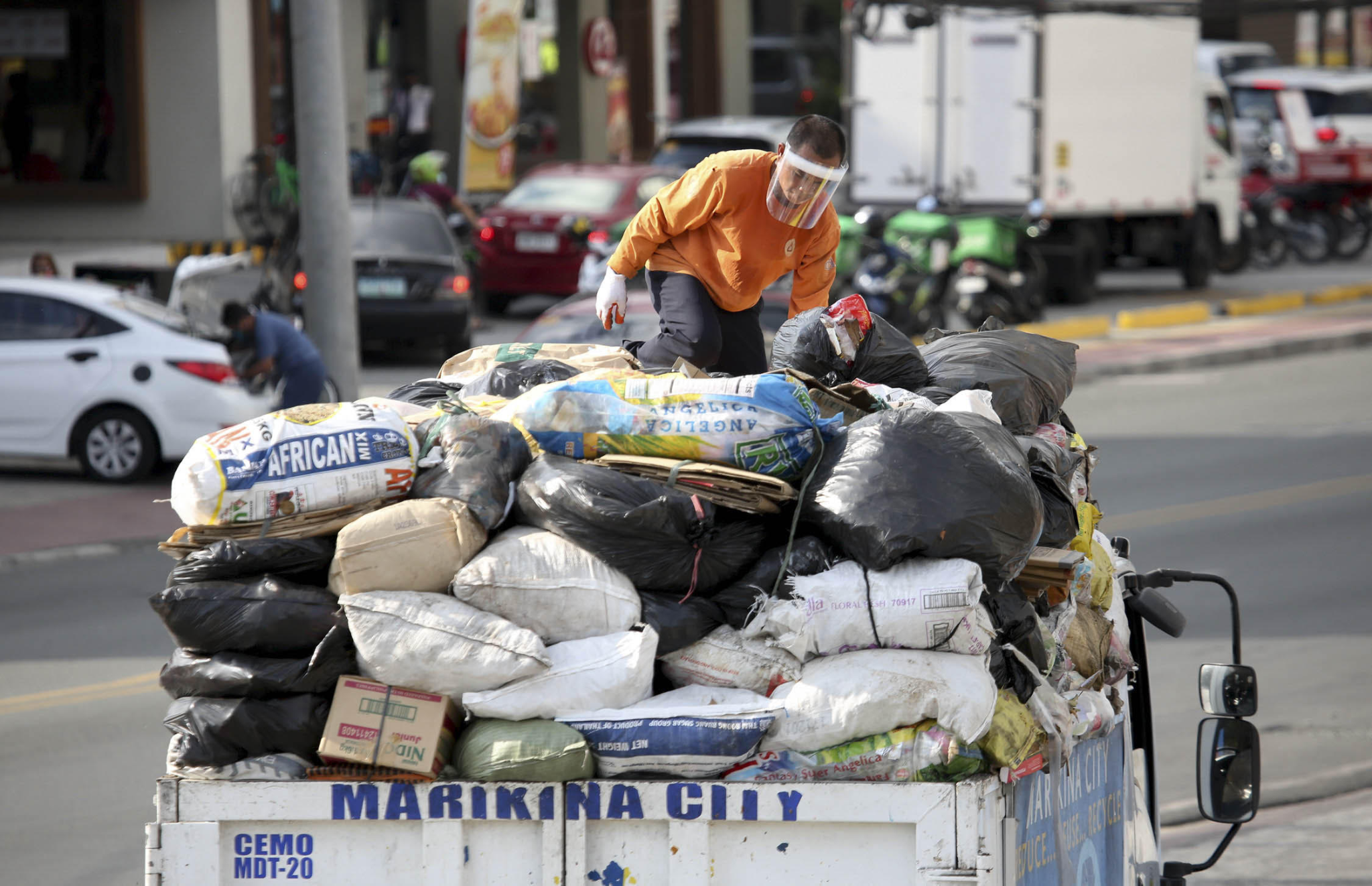 Ricmar Aquino, president of ISU, said the state university supports Duterte’s “whole of nation approach” on the insurgency against which the youth must be protected.

The youth, Aquino said, must be provided with relevant education. “Our students should not be exposed to anything that will destroy their future,” he said.

Some officials of state universities, however, are opposed to the operation to remove supposedly communist or socialist books in school libraries.

Last Sept. 28, Clement Camposano, UP Visayas (UPV) chancellor, said “not a single Marxist book, or any similar or so-called subversive material, will be removed from UPV’s library collection.”

In an interview with INQUIRER.net, he said the purge of books was an “existential threat.” The operation sends the “wrong signal” to the youth, he said.

It is also a violation of academic freedom and was a form of censorship, said Camposano.

“Institutions have the right to decide on their own, what to teach and how to teach it and the kind of books that we maintain in our collection is central to our teaching mission,” he said.

Camposano said education extends beyond the classroom. “We are talking about creating an environment in the university where students can freely explore different perspectives,” he said.

“We need everybody to pitch in, we need to fire up the intellectual energies of Filipinos. We can’t do that if you’re depriving them of intellectual fuel which is really books and ideas,” Camposano said.

He said the purge of books also “plants the seeds of censorship” because it brands some books as “poisonous to the young.”

Censorship, Camposano said, “is not healthy.”

Lapuz said she was not in the position to say if the purge of books was legal or not. But she said that in the Philippines, librarians are bound to heed the Code of Ethics for Registered Librarians.

The code provides that:

The National Library of the Philippines said there are 1,157 public libraries in several provinces. The National Library’s Filipiniana Division serves as “official repository of the country’s printed and recorded intellectual and cultural heritage.”

The books removed from the ISU library were turned over to Dennis Godfrey Gammad, regional director of the National Intelligence Coordinating Agency (Nica) and head of an office of the Regional Task Force to End Local Communist Armed Conflict (RTF-Elcac).

Some of the books and reading materials removed from the ISU library were:

“As gateways to knowledge and culture, libraries play a fundamental role in society,” Gammad said. “The books you read become part of you. Therefore, commitment and accountabilities lie in every page you read,” he added.

The KSU library last Sept. 1 removed books and documents related to peace negotiations between the government and NDFP.

Librarian Evangeline Cabello purged the books as police and military inspected the university library. She, however, kept the books “somewhere.”

“I acted on my own but with personal reservations because I think some of those books should not have been removed from the library,” she said, admitting she had second thoughts about removing the books.

In a statement, the 50th Infantry Battalion said 11 books had been surrendered by KSU:

The military described the removal of the books as a mission to “spare KSU students and Kalinga youth generations from Communist Party of the Philippines–New People’s Army recruitment.”

Last Sept. 24, the ASU library removed documents and books described as subversive which had been there since 2012.

The books were removed as Aklan police and RTF-Elcac of Western Visayas told the state university that the books were “not mentally healthy for our students.”

A total of 13 books and documents were surrendered to the Aklan police. Some of them were:

Flosemer Chris Gonzales, RTF-Elcac Western Visayas spokesperson, said the purge of the books was not an attack on academic freedom.

He said academic freedom is checked “when the welfare of the people or overriding public welfare calls for it.”

Camposano said the purge of books in state libraries looked like an “exercise in futility” because it just makes the materials more interesting.

“These books are available online and are easily accessible,” said Camposano. “All students can read materials in the privacy of their own homes, mobile phones. Why do we run after libraries?” he said.

He said interfering with schools on which books they want in their libraries was an infringement of academic freedom.

“All ideas should be discussed to the fullest extent possible. We should talk about everything because it’s better to talk about it in the open than discuss it while hiding,” he said.

It’s not clear where the enforcers of Duterte’s all-nation approach to insurgency got the idea that purging books would be effective in countering rebel influence on the youth.

But such a campaign is often an attachment of tyrannical rule and has many examples in history. The most infamous was the one that helped Hitler exterminate six million people.