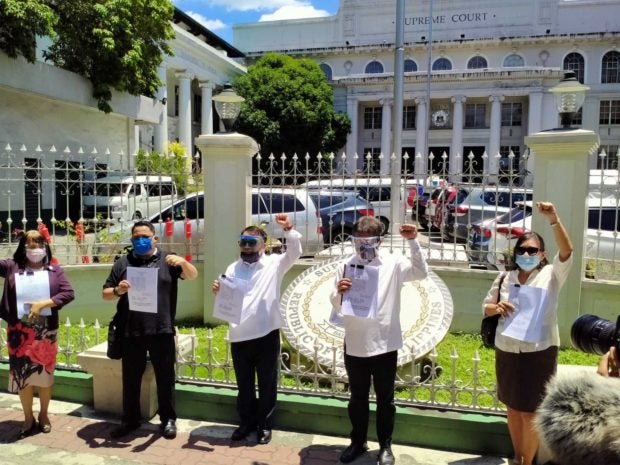 MANILA, Philippines — The House of Representatives’ Makabayan bloc has refiled the bill seeking to remove taxes on the pay of poll workers rendering service during the local and national elections — a proposal from the 18th Congress that President Ferdinand Marcos Jr. had already vetoed.

Makabayan lawmakers, composed of Gabriela Rep. Arlene Brosas, Kabataan Rep. Raoul Manuel, and Alliance of Concerned Teachers Rep. France Castro stressed in House Bill No. 3271’s explanatory note that removing taxes on the income of poll workers would only cost the government P138 million, which they believe can be offset by progressive tax measures.

“The alleged reason (of Marcos): ‘to correct the inequity in the country’s tax system and negate the progressivity of the reforms introduced.’  However, the annualized revenue loss for this measure, as cited by another proponent and Ways and Means Chairperson Rep. Joey Salceda, is a mere P138.6 million,” the group said.

“And while this loss means so little to the national coffers — as it surely will be offset by truly progressive tax measures that levy more from the rich than the poor and the middle class — this amount means so much to the thousands of teachers and other poll service volunteers who rely on whatever benefits and savings they can get,” they added.

“Indeed, there is nothing more inequitable than depriving much from those who can hardly afford their basic needs, especially during these times of unabated inflation,” Makabayan noted.

If enacted, House Bill No. 3271 would remove tax from the honoraria, travel allowance, and other benefits provided by the Commission on Elections to people doing elections service under Republic Act No. 10756 or the Election Service Reform Act.

It could be remembered that days after his State of the Nation Address, Marcos vetoed the reconciled versions of Senate Bill No. 2520 and House Bill No. 9652 filed and approved by the 18th Congress for the reasons mentioned above.

Marcos said that the proposal would counter the tax reforms initiated by Republic Act No. 10963, or the Tax Reform for Acceleration and Inclusion (TRAIN) law.  As a result, teachers who worked for extended hours during the recent elections — especially those who encountered malfunctioning vote counting machines — protested and called out the administration for being “insensitive.”

That was Marcos’ fifth veto in just a month, including the bill that would have created the Bulacan Airport City Special Ecozone, as he expressed concern about the tax perks that would be given, which again runs contrary to tax reforms.