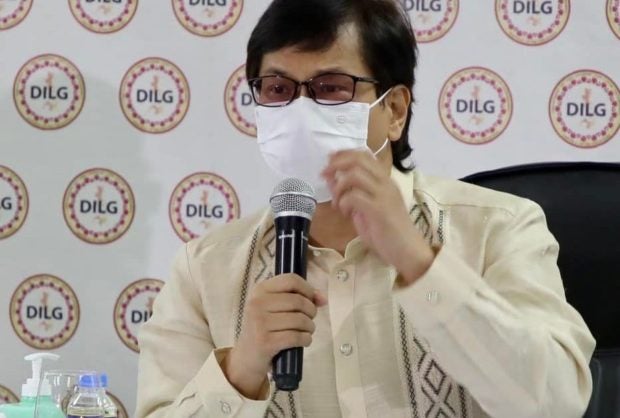 MANILA, Philippines — The Department of the Interior and Local Government (DILG) on Wednesday said it would start conducting random drug tests in jails managed by the Bureau of Jail Management and Penology (BJMP).

A DILG statement said Interior Secretary Benhur Abalos himself would personally visit the jails where they will conduct the drug tests.

“I will personally go to our jails and I will be conducting surprise drug testing of BJMP personnel and PDLs (persons deprived of liberty) in those jails,” said Abalos during his visit at the BJMP national headquarters on Tuesday.

(I will order the urinalysis tests in jail facilities. So I’m warning every BJMP warden and personnel when someone tests positive, then it means that drugs have entered our jail facilities.)

He issued a warning in the wake of reports that drug lords could operate from their detention cells. He suggested the use of signal jammers to halt these illegal activities.

Abalos proposed creating a memorandum to require PDLs first to undergo medical screening and physical exams before admission to jails to avoid the transmission of diseases like tuberculosis, HIV, hepatitis, and even the monkeypox virus.

“Mas mabilis ang infection kapag siksikan sa facilities natin. And now we have the problem of Monkey Pox. So what I want is for us to come up with a memorandum circular on the prevention and response of the BJMP concerning monkey pox,” said Abalos.

(Infection is faster when our facilities are crowded. And now we have the problem of monkey pox. So, I want us to come up with a memorandum circular on the prevention and response of the BJMP in relation to monkey pox.)

Abalos also proposed that the BJMP enter a usufruct deal with local government units to bring down the congestion rate.

Usufruct is a legal right accorded to a person or party for the temporary right to use and earn income or profit from the owner’s property.

“Kung ganito talaga ang situation, let’s think out of the box… Why not enter a deal with LGUs for a usufruct? One of the determinants of whether or not an area is rich or poor is the number of assets that the LGU has, so talagang hesitant ang LGU mag-donate,” said Abalos.

(If this is really the situation, let’s think out of the box… Why not enter a deal with LGUs for a usufruct? One of the determinants of whether or not an area is rich or poor is the number of assets the LGU has, so the LGU is hesitant to donate.)