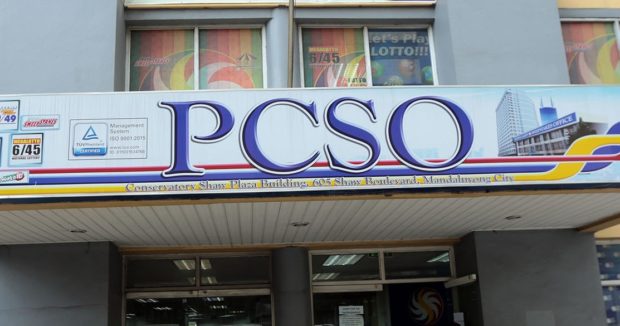 MANILA, Philippines — The Philippine Charity Sweepstakes Office (PCSO) gave P144.011 million in financial aid to 10 government hospitals to purchase medical equipment even with incomplete documents, according to a Commission on Audit (COA) report.

State auditors said the donation cast doubts on the “impartiality, objectivity, and consistency” of the PCSO’s evaluation and approval of grants from 2020 to 2021.

This was one of the COA’s findings on the PCSO’s financial assistance for the procurement of medical equipment program.

“The complete documentary requirements serve as basis in confirming the appropriateness of the medical equipment to the level and capability of the hospital to operate and maintain the same, therefore these are vital in the proper evaluation of the eligibility of the applicant to receive the grant of financial assistance,” said the COA’s 2021 audit report on the state lottery agency.

A government-owned and controlled corporation, the PCSO is the main government agency tasked with raising funds for health programs, medical assistance and other related services.

State auditors noted that on different dates from June 2020 to Dec. 2021, the PCSO issued checks to the hospitals in amounts ranging from P1.4 million to P29.9 million.

The money was meant for the purchase of medical equipment of the hospitals, six of them military or police hospitals.

But the hospitals lacked one or more documents needed in evaluating whether they were qualified to receive PCSO financial assistance.

The state auditor asked the PCSO to explain in writing why it granted financial aid without the hospitals’ full compliance with the required documents.

It also told the PCSO to submit the documents and to create a control mechanism to ensure the consistency and impartiality in the evaluation and approval of the grants.

Sought by the Inquirer for comment on Thursday, PCSO’s corporate planning department said it had not yet received the COA report and declined to issue any further statement pending its verification.

In another block of financial aid from 2017 to 2021, the COA called out the lottery agency for the P144.674 million granted to 13 hospitals for the medical equipment, which remains unliquidated as of end-2021.

The highest amount received by one of these hospitals was P23.6 million.

This failure to liquidate the donations was contrary to the memorandum of agreement between the hospitals and the PCSO, and that this also raised doubts “on whether the financial assistance given were utilized for the intended purpose.”