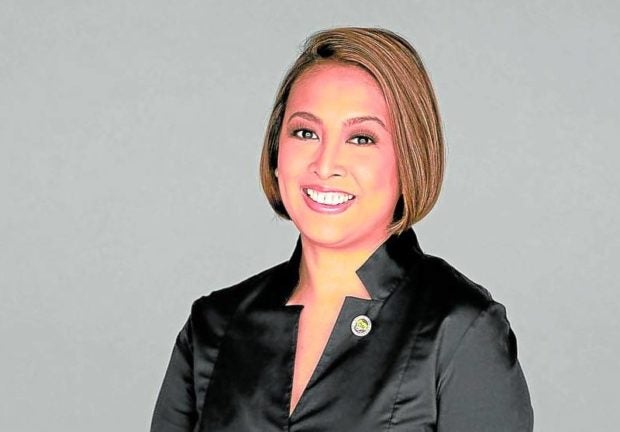 MANILA, Philippines — Makati City, the country’s financial capital, has declared a “state of climate emergency,” becoming the first local government in Metro Manila to acknowledge it is in crisis due to climate change.

“As temperatures and sea levels continue to rise, low-lying coastal areas in cities like Makati have become more vulnerable to strong typhoons that bring floods and landslides,” Mayor Abby Binay said during a webinar on Friday organized by the Makati Disaster Risk Reduction and Management Office.

“This will result not only in the disruption of public services but also the displacement of families and even entire communities,” she warned.

In declaring a climate emergency, Binay identified several measures the local government was planning to take in order to reduce its carbon footprint or greenhouse gas emissions and to improve the city’s climate resilience.

Among the plans are procuring an entire fleet of electric vehicles for the city, and using solar panels in public schools and government offices to minimize energy consumption and ensure the continuity of services during calamities.

The mayor called on the leaders of the cities’ 33 barangays to take the lead in educating residents and businesses about the impact of climate change, and involving them in plans to make their communities more climate resilient.

“We must promote sustainability and climate consciousness in all our actions. We must be the change we want to see in our city and the world,” Binay said.

Among the cities in southern Metro Manila, Makati is known to suffer moderate to severe flooding during the monsoon season, including areas close to the financial district.

Former tidal flats, or level marshy lands that get swamped with the rising of the tides, are located at the western portion of the city. As a result, nine of its barangays are flood-prone, according to a profile on Makati in the Making Cities Resilient website of the United Nations Office for Disaster Risk Reduction.

Three barangays are also identified to be near the course of Pasig River, the website added, noting that “the city faces the potential of liquefaction and landslide.”

With Makati being in a state of climate emergency, Binay said she wanted to see the active involvement of the business sector, communities, and other stakeholders to address the problem.

“We call upon everyone to come together and act now. We must ensure aggressive application of the whole-of-society approach in combating climate change,” she said during the webinar.

It was not the first time that Makati has shown the way in addressing the worsening impact of climate change on urban centers.

The city, for instance, was among the first local government units in Metro Manila to ban the use of single-use plastics and styrofoam or foamed polystyrene material in households and business establishments in 2013.

In 2017, the city council passed an ordinance to reduce greenhouse emissions, not only among business establishments but even tricycles plying Makati roads.

On Wednesday, the city entered into an agreement with the Korea International Cooperation Agency (KOICA) to build a smart public transport system that uses electric buses. KOICA will shell out $13 million or about P722 million, while the city will provide land for the construction of the bus depot and parking area, and oversee the implementation of the project.

The electric bus system will complement the ongoing construction of the Makati Subway, which is envisioned to unclog traffic jams in the city, improve air quality, provide jobs to thousands of residents, boost the economy and reduce emissions.

“We need to upgrade our systems because smart transportation is more convenient, safe, and cost-effective for both the city and commuters than traditional frameworks,” Binay said.

Data from the Philippine Atmospheric, Geophysical and Astronomical Services Administration indicated a 0.75 degrees Celsius increase in the country’s annual temperature over the past 70 years. By 2050, the temperature increase is expected to reach as high as 1.8 C.

Climate change has been blamed on extreme disasters befalling the Philippines over the years, including deadly supertyphoons such as 2013’s “Yolanda” (international name: Haiyan) in Eastern Visayas.

Environmentalists and climate scientists have repeatedly urged the government to declare a national climate emergency as a policy instrument to help the country achieve its goals under the Paris Agreement.

In November 2020, the House committee on disaster resilience adopted a resolution authored by Albay Rep. Joey Salceda declaring a climate emergency, saying climate change was a “clear and present threat to the country’s national security and its efforts to reduce poverty.”

There was also a plan in the Department of Environment and Natural Resources to declare a climate emergency at the national level, with then-Environment Secretary Roy Cimatu saying it was in the works.

But then President Rodrigo Duterte’s term ended on June 30 without such a declaration.

Read Next
Kara David’s journey: On cam, off track, then back in control
EDITORS' PICK
House energy committee chair Arroyo bats for cheap electricity
Bongbong Marcos to slain journalist’s kin: ‘We are ready to help’
Score lots of freebies and discounts on vivo 10.10. Sale
Smart awards ‘Subscribe & Get Lucky’ Raffle Promo winners
10,000 to less than 500: How people are driving the tamaraw to extinction
Marcos wants to accelerate efforts to build agricultural sector back
MOST READ
34 people killed in mass shooting at daycare center in Thailand
Marcos admin gets high approval ratings in Pulse Asia survey
Marcos Jr. wants next press secretary to be journalist or media practitioner
Bongbong Marcos reappoints Uy as DICT chief
Don't miss out on the latest news and information.