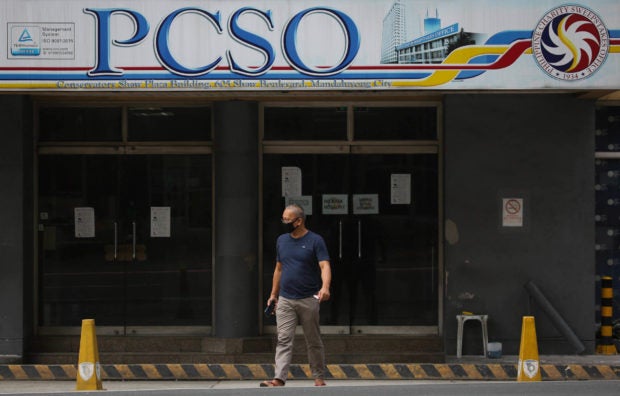 AGREEMENT REVIEW State auditors have called the attention of the Philippine Charity Sweepstakes Office over payments made to the state-owned People’s Television Network for airing its lottery draws despite the absence of a contract. —LYN RILLON

MANILA, Philippines — The Philippine Charity Sweepstakes Office (PCSO) paid P154.212 million to the People’s Television Network Inc. (PTNI) for the airtime and production of its lottery draws without a contract.

The Commission on Audit (COA) said this was contrary to provisions on agency-to-agency procurement under Republic Act No. 9184, or the Government Procurement Reform Act.

A 2020 audit report on the PCSO said, “The absence of a memorandum of agreement (MOA) with the PTNI did not serve the best interest of the PCSO as there were no well-defined or concrete terms and conditions that should have bound both parties.”

“[S]anctions and penalties, in case of nonfulfillment or partial fulfillment and/or poor rendition of services, cannot be enforced in the absence of a MOA,” it noted further.

The PCSO is a government-owned and -controlled corporation under the Office of the President.

According to the state auditor, “Further verification disclosed that the latest MOA entered into by the PCSO with the PTNI expired in December 2018 and was not yet renewed.”

The P154.212 million disbursed to the state television network after that period was for the airtime, production, technical equipment, microwave transmission facility and postproduction of the PCSO’s lottery draws from January 2019 to March 2020.

However, the disbursements were not properly supported with a MOA, contrary to the agency-to-agency procurement provisions under RA 9184’s implementing rules and regulations.

The audit body advised the PCSO to immediately execute a MOA with PTNI to “protect the best interest of the PCSO” and comply with the law.

In response, the PCSO explained that payments made to PTNI were based on a board resolution last year “which approved the automatic renewal of the previous MOA with the PTNI on a month-to-month basis.”

However, the renewal and extension of the MOA were not given due course upon its endorsement to the Office of the Government Corporate Counsel (OGCC).

The OGCC has now advised the PCSO to execute a new contract, citing the provision on automatic month-to-month extension in the previous contract.

As explained by the PCSO, the board resolution was used, in the absence of the MOA, as an authority to continue the regular payments to the supplier.

It added that its bids and awards committee is preparing the bidding documents for the procurement project concerning the PCSO lottery draw. INQ