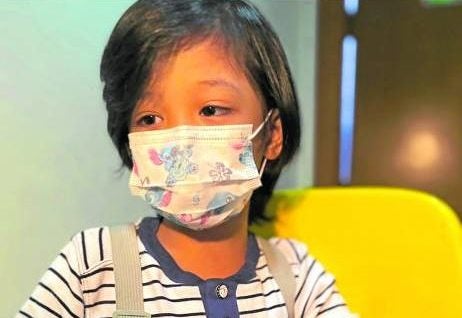 MANILA, Philippines — Tristan Jerremiah Jarabelo III — Thirdy to his family and friends  — may only be 6 years old but he has no problem standing up in front of a crowd to speak.

“Whenever we go to church and the pastor asks, ‘Who among you would like to testify today?’ Thirdy would raise his hand,” his mother, Marjorie Orias, a born-again Christian, told the Inquirer. “He would get up and thank God for making him feel better and for raising his platelet count.”

She attributed her son’s lack of self-consciousness to his early exposure to people of all ages as a regular patient at Philippine Children’s Medical Center (PCMC) in Quezon City.

“He says he wants to be a pastor when he grows up because he wants to spread the word of God,” Orias said, adding that her wish for him was more complex: to get better, become normal like other children and to one day have a family of his own.

In July 2018, Thirdy was diagnosed with acute lymphoblastic leukemia. He had been feverish for days, his complexion and lips were unusually pale while his nodules were swollen. His worried mother took him to a doctor who attributed the symptoms to a cold.

But when the boy’s nose started bleeding and dengue was ruled out as the cause, the doctor recommended a bone marrow and blood test that both pointed to leukemia.

Orias said that after asking around, she brought Thirdy to PCMC where he underwent 14 cycles of chemotherapy to battle the cancerous cells in his body.

“For nearly two years, we were in the hospital every day for his chemo. Afterward, it became once a month when the doctor placed him on maintenance cycle,” she added.

To help pay for her son’s treatment, Orias said she solicited donations from politicians and government agencies, borrowed money from family members and friends, and took on side jobs.

Her partner, a Grab driver, makes just enough for their food and basic needs, according to her. The couple has another child.

After completing 14 cycles of chemotherapy in April, Thirdy has been placed on a five-year monitoring phase. Orias asked for help from Inquirer readers because her son would need to undergo testing regularly during this period: bone marrow (P9,000) every six months, lumbar puncture (P1,000) and creatinine (P450) every three months, and complete blood count (P250) every month.

If the cancer does not recur within the five-year period, only then will Thirdy be declared leukemia-free.

14-year-old wants to become a cop despite liver disease