14-year-old wants to become a cop despite liver disease 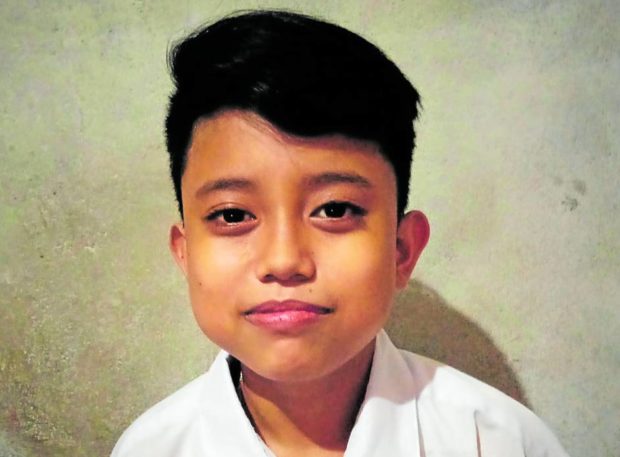 MANILA, Philippines — Instead of chasing criminals in the streets, Adrian Morris Capulong would be content to stay behind a desk as long as he realizes his dream of becoming a police officer someday.

“He’s hoping he can just do office work as a police officer,” the 14-year-old’s mother, Richelle, told the Inquirer.

Capulong was diagnosed with congenital hepatic fibrosis, a disease that affects the liver, in July 2020, leaving him unable to do strenuous activities, including playing basketball with his friends.

His symptoms started in 2018 when he was just 10 years old.“We took him to a private hospital and he was given medicine to stop the bleeding,” Richelle said.

With the hospital charging them P10,000 a day, Capulong’s parents decided to move him to Jose B. Lingad Memorial General Hospital, a public hospital in San Fernando, Pampanga, where he spent five days in the intensive care unit.A CT scan and ultrasound showed the boy had portal hypertension, in which increased pressure in the veins of his stomach was causing him to vomit blood.

A pediatric gastroenterologist advised Richelle to bring her son to Philippine Children’s Medical Center (PCMC) in Quezon City for an endoscopy to determine what was causing his portal hypertension.

But as Capulong’s condition gradually improved, the follow-up checkup became less urgent until he started vomiting blood again in December 2019.

Richelle said they finally managed to get him scheduled for an endoscopy at PCMC in March 2020 but tighter hospital rules due to COVID-19 postponed the procedure to July 1, 2020.

Based on the results of the endoscopy and liver biopsy, Capulong’s portal hypertension was due to congenital hepatic fibrosis.

To treat the swelling in his veins and prevent more bleeding, he will undergo histoacryl glue injection before the end of June. For this, he will need two vials of the glue injection costing P5,600.

Richelle also asked Inquirer readers for help in paying for another endoscopy her son underwent last month at PCMC with the bill totaling P31,063.10.

So far, donations from Pampanga government officials, neighbors, and employers have covered Capulong’s medical bills because Richelle and her husband’s combined monthly salary of P12,500 is not enough for their family’s expenses. She works as a sales clerk while her husband is a laborer. They have another child, 9-year-old Alexis.

Donations can be deposited in a United Coconut Planters Bank account Richelle opened for her child (account name is Alexis F. Capulong, with account no. 102210045252). Richelle can be contacted at 0910-1921040.