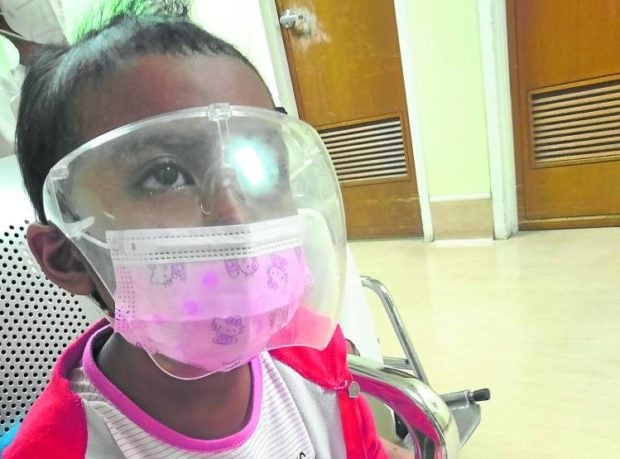 MANILA, Philippines — There’s a reason why Princess Kylie Dael’s favorite song is “Fight Song.” Although she is only 8 years old, she has been through a lot.

At age 3, she was diagnosed with acute lymphoblastic leukemia, making it necessary for her to undergo 12 cycles of chemotherapy at Philippine Children’s Medical Center (PCMC) from 2017 to 2020.

But while being treated, Dael developed pneumonia, followed by tuberculosis, and she had to be intubated for two months at the hospital in May 2020. “I asked the doctor if we could speak to Princess through video call. The moment she saw us, she waved a fist and told us, ‘Fight, fight lang. Lalaban ako (I will fight)!’” her mother, Almira, told the Inquirer.

At that moment, Almira said she wasn’t sure if her daughter would make it as, according to the doctor, her X-ray showed both lungs full of phlegm.“There was just one black dot and the rest was all white,” Almira said, recalling what the doctor told her.

But Dael not only recovered from pneumonia and tuberculosis, she also beat COVID-19 although she had to spend another month by herself in the hospital.

The worse, however, was yet to come. After completing 12 cycles of chemotherapy in November 2021, a CT scan showed cancer cells in the young girl’s brain.

“The doctor said she had suffered a relapse. I didn’t want to believe it at first. I asked why this happened, just when Princess had completed her treatment,” Almira said.

At the moment, Dael is halfway through the second cycle of another 12-cycle chemotherapy, each costing P224,487.30. There are also tests she must undergo regularly, including a bone marrow once a month (P8,000 per test), cytospin and complete blood count twice a week (P750 and P305 each, respectively), and creatinine every three months (P500).

Almira’s husband is a construction worker and what he makes is barely enough for their family of five. Sometimes, Almira sells street food like kwekwek, kikiam and fish balls in front of their house in Tandang Sora, Quezon City, to earn a little money on the side but these days, she has no capital to restart her small business. When the family runs out of money, she says she turns to her parents for help.

Despite their financial difficulties, Almira finds consolation in the fact that Dael, on the outside, seems like a normal, lively child despite her lack of hair and dark complexion—a side effect from her antituberculosis medication.

“She says she wants to be a doctor someday so that she can help children who are sick like her,” her mother said.