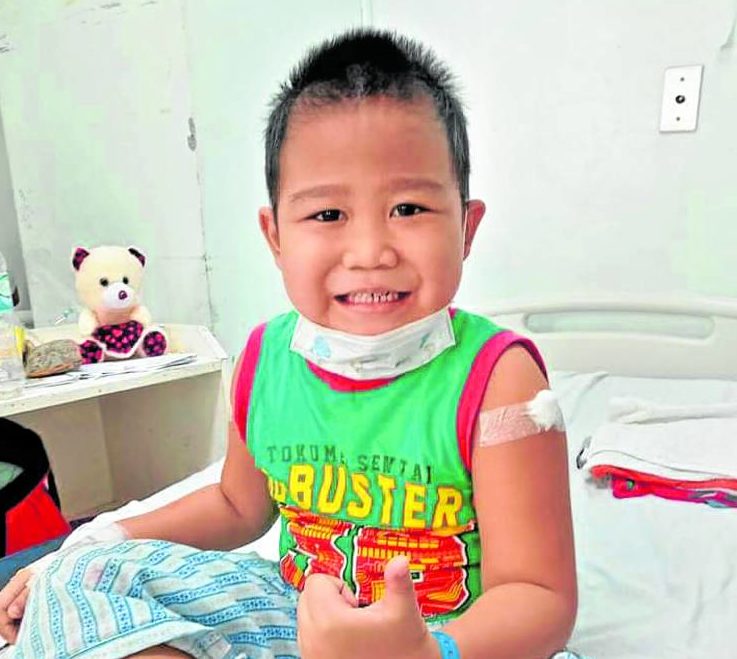 MANILA, Philippines — Despite being only 7 years old, Timothy John Duque has an unshakable faith in God.

“He tells me, ‘Papa Jesus is great. He will heal me. I will get better,’” his mother, Jennylyn, told the Inquirer.

Jennylyn said she didn’t know how her son became religious. “He is close to God. He prays every night. If I fall asleep before we say our prayers, he wakes me up and says, ‘Mama, we haven’t prayed yet.’”

Duque’s faith never wavered even when he was diagnosed with B-cell acute lymphoblastic leukemia (ALL) in September 2020.

A month before, he was examined by a doctor after he turned pale and found it hard to walk because of pain in his foot. A blood test showed low platelet levels but he ended up being treated for COVID-19 for a week in a hospital after testing positive.

Upon his release, Duque underwent bone marrow testing at National Children’s Hospital (NCH) where the results showed he has ALL.

“It felt like my world stopped. It was so unexpected because he was so lively and active,” said Jennylyn, a single mother. Her son, however, told her, “Let’s keep fighting, Mama. Papa Jesus will heal me.”

Duque has just completed the second year of a three-year-long chemotherapy treatment protocol. Each cycle, which he must undergo once a month at NCH, costs P185,563.60.

Jennylyn appealed for help since she has no job and relies on donations to fund her son’s treatment. Her mother, the breadwinner in the family, earns P7,000 monthly as a house helper. Jennylyn tries to supplement her mother’s income through online selling.

While Duque dreams of following in the footsteps of his favorite character on TV, “Ang Probinsiyano’s” Cardo Dalisay, by becoming a policeman, Jennylyn’s wish for him is much simpler. “I want him to get better and to experience what it is to be a child. I want him to lead a normal life and to never lose his faith in God,” she said.