Cha-cha not a priority, but we’re open to hear proposals — Romualdez | Inquirer News

Cha-cha not a priority, but we’re open to hear proposals — Romualdez 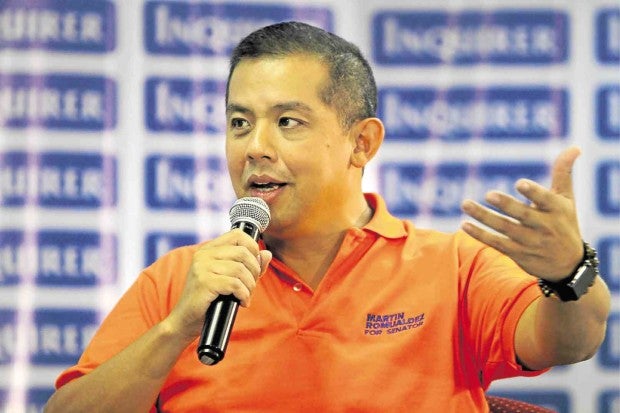 MANILA, Philippines — Leyte 1st District Rep. Ferdinand Martin Romualdez, who is expected by many to be the next Speaker of the House, said that they remain open to proposals seeking Charter change or constitutional reform.

In an ambush interview on Monday after the Executive Course on Legislation for new lawmakers at the Batasan Complex, Romualdez was asked about what he has to say about Charter change (Cha-cha), given that several proposed amendments to the 1987 Constitution have been filed.

In response, Romualdez said that he does not think it is a priority program of President Ferdinand “Bongbong” Marcos, as it was not mentioned much during the latter’s presidential campaign. But if anyone files a bill seeking it, the lawmaker said they are open to discussing it.

“It hasn’t been a priority program of the President in his campaign, but we’re always open to that. You know it’s a democracy. That is something that has always been spoken about,” Romualdez told reporters.

The session of the 19th Congress has not officially started, but there have been proposals to change specific provisions on the term limits of presidents and vice presidents.

On July 1, it was reported that Pampanga 3rd District Rep. Aurelio Gonzales included in his proposed Resolution of Both Houses No. 1 a provision that would set the term of presidents and vice presidents to five years, with a sitting president eligible for one reelection.

However, many have opposed this proposal, with Senator Jinggoy Estrada calling it “self-serving.” Meanwhile, Gonzales clarified that Marcos would not benefit from the said amendment if enacted.

This is not the first time that the idea of amending the Constitution was floated. During the 2016 campaign period, former president Rodrigo Duterte promised to change the county’s form of government into a federalist state.

However, Duterte conceded that most Filipinos do not want such a type of government, adding that most of the country’s citizens are not ready for it.