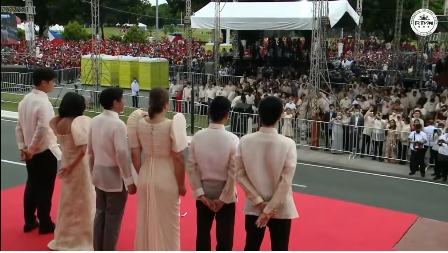 On the day of President Marcos’ inauguration, a legislator pushed to amend the Constitution by proposing a five-year term for the president, who may seek reelection once.

This is one of the proposals in Resolution of Both Houses No. 1 filed on Thursday by Pampanga Rep. Aurelio Gonzales Jr., who filed a similar measure on January.

RBH 1 seeks to have both chambers of Congress convene as a constituent assembly and amend certain constitutional provisions on term limits for those in the legislative and executive branches of government and local elected officials.The Constitution was promulgated in the wake of the 1986 Edsa People Power Revolution that ousted Marcos’ father, the late dictator Ferdinand Marcos.

In his measure, Gonzales cited the “overwhelming electoral mandate” that Marcos and Vice President Sara Duterte received in the May 2022 elections.

“The clear majority mandate of our new President and Vice President would be the green light from our citizenry to proceed to the discussion on Charter change,” Gonzales said in a statement.

He added that the start of a new administration was “an opportune time for the people, through their elected representatives, to revisit the 1987 Constitution” which was ratified “35 years, seven presidents and 12 local elections ago.”