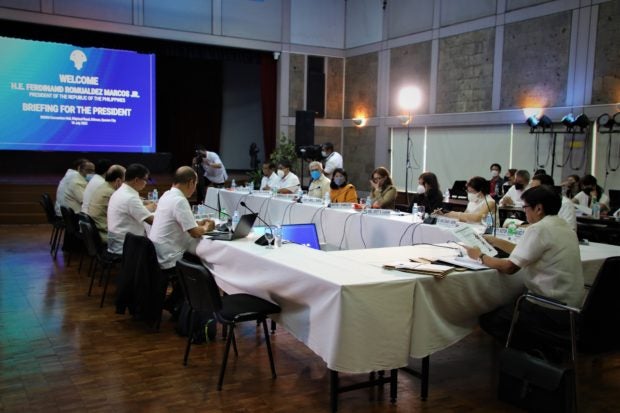 MANILA, Philippines — President Ferdinand “Bongbong” Marcos Jr. met with officials of the Department of Agriculture (DA) on Monday to tackle increasing food production in the country and the agriculture sector’s budget next week.

DA Undersecretary Kristine Evangelista said increasing the yield of rice and high-value crops while balancing it with the demand requirements of consumers was tackled during the meeting held at the DA’s Bureau of Soils and Water Management auditorium.

“Hindi tayo nag-concentrate sa isang commodity because if we’re talking about food security, that does not involve only rice,” Evangelista told reporters.

(We did not concentrate on one commodity only because if we’re talking about food security, that does not involve only rice.)

(It will also involve our livestock such as chicken, pork, eggs, and vegetables, so there are many things to focus on.) 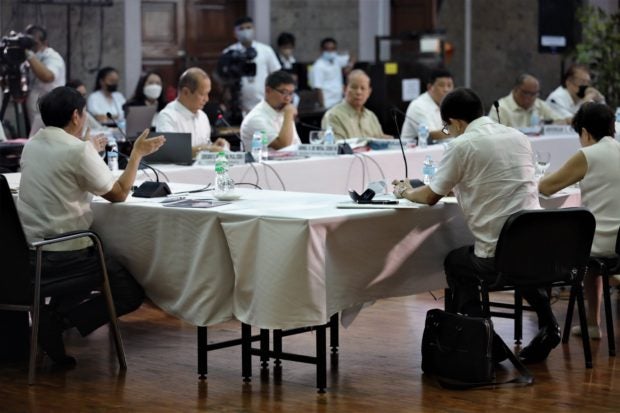 Also present were former Agriculture Secretaries Domingo Panganiban and Leo Sebastian, as well as officials from the Department of Budget and Management since the budget for the agriculture sector, was also discussed, said Evangelista.

“DBM was there because there are budget considerations that we have to look into, so yun po ang direksyon (that’s the direction). That’s for further discussion,” Evangelista said.

However, the agricultural official did not discuss the rising prices of sugar during the meeting.

Marcos earlier announced that he would temporarily head the agriculture department.