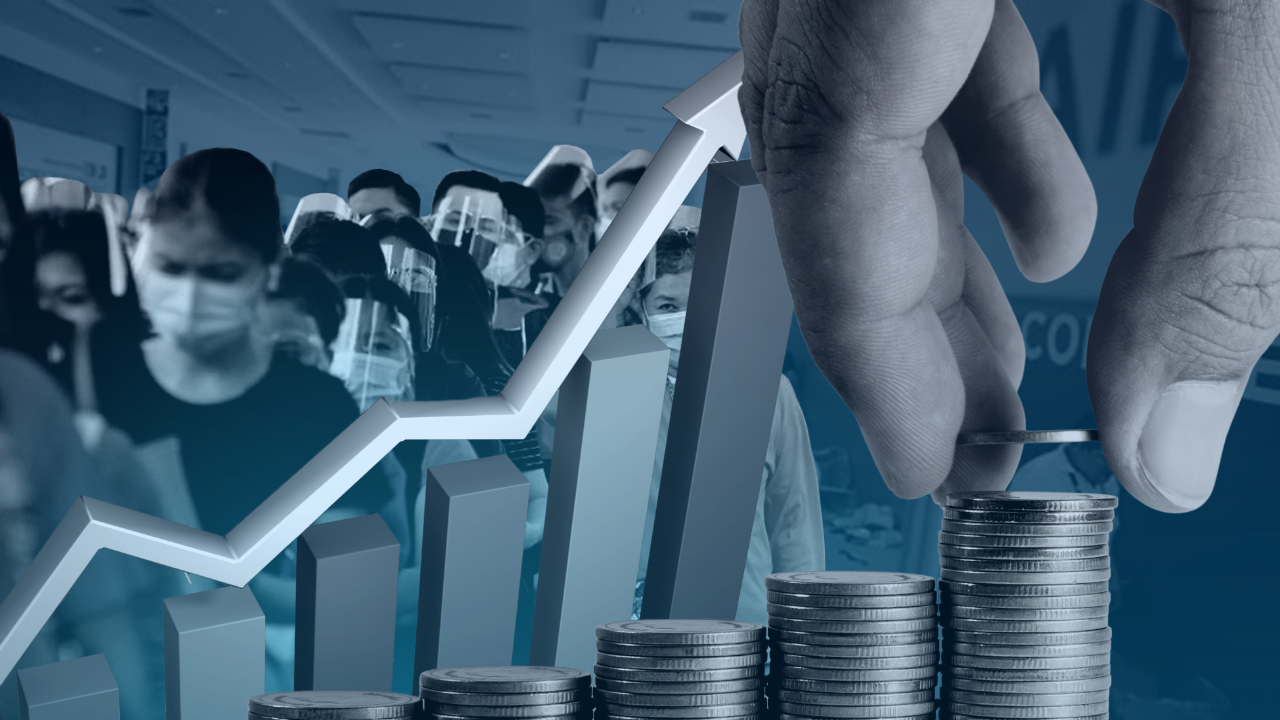 MANILA, Philippines—Some years back, at the height of the popularity of so-called ‘Erap jokes’, then presidential candidate Joseph Estrada was cited as having a solution to inflation—repeal the law of supply and demand.

It was just a joke but it mirrored a willingness to resort to humor in the bleakest of times. But reality on the ground is anything but funny.

That prices are dictated by movements in supply and demand is not really a law, but a theory proven to be real—when supply of goods exceeds demand, prices go down and when demand exceeds supply prices go up.

It is not, however, the only explanation to inflation, or the rate with which prices go up.

As inflation rose to 5.4 percent last May, a 42-month high, the think tank Ibon Foundation said “high and accelerating” inflation will likely mean that poverty will not ease and might even get worse this year. 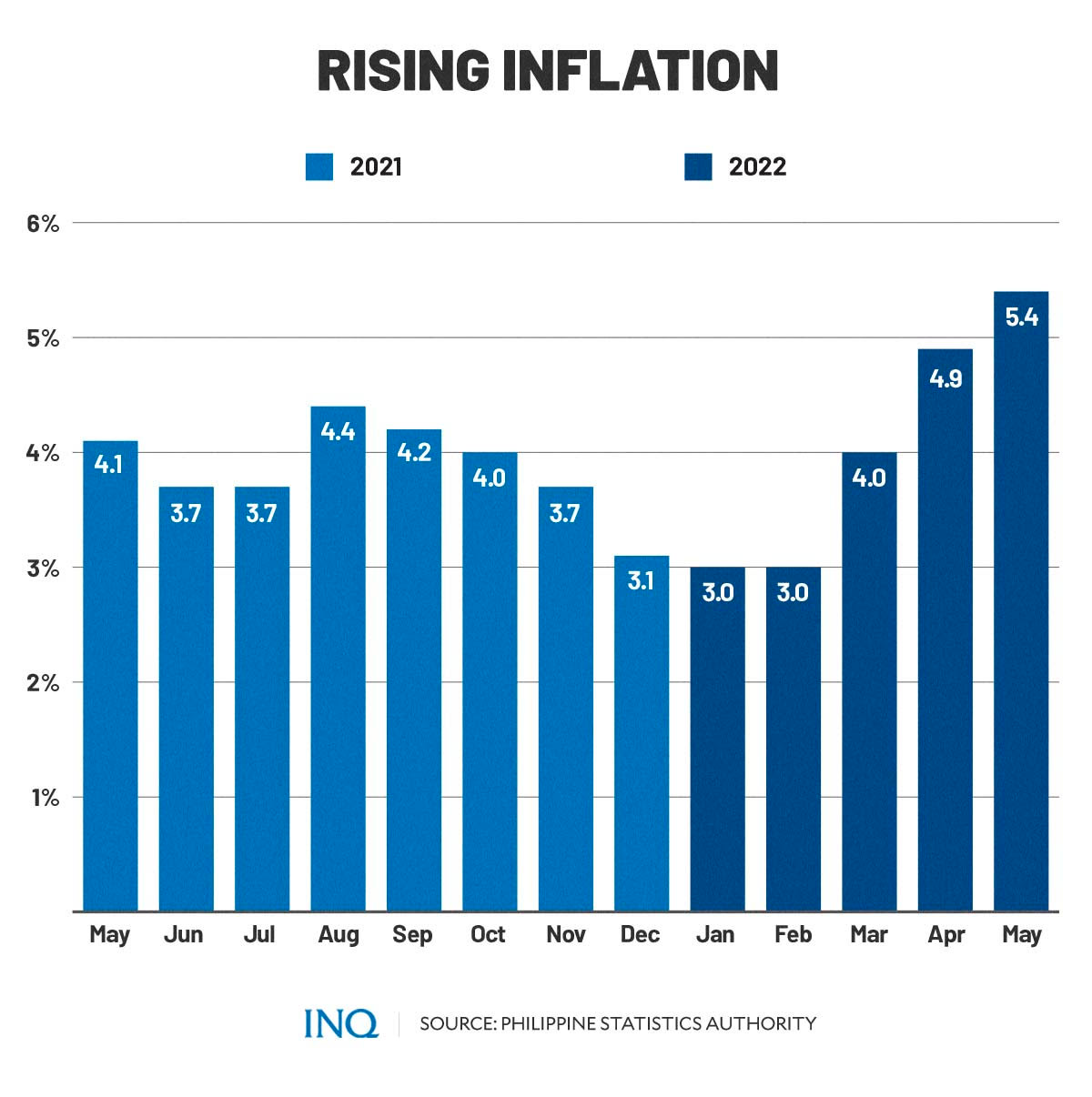 The Philippine Statistics Authority (PSA) said on Tuesday (June 7) that the inflation rate last month was higher than last April’s 4.9 percent and 4.1 percent in 2021. It was the highest since 5.1 percent in December 2018.

The PSA said that year-to-date, the average inflation is 4.1 percent: 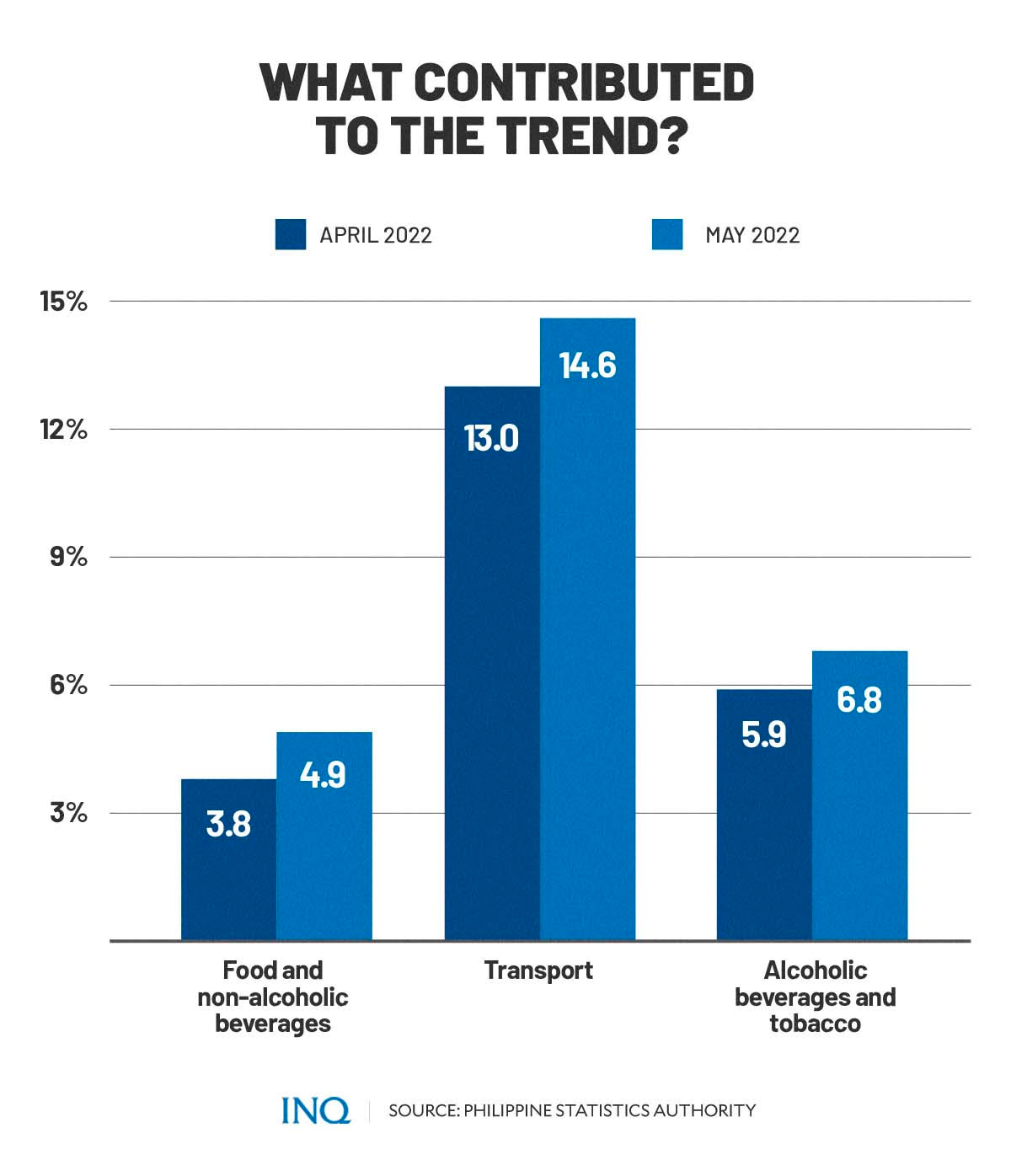 The May 2022 inflation, which is still within the Bangko Sentral ng Pilipinas’ forecast range of 5.0 percent to 5.8 percent, was announced a day after the Social Weather Stations (SWS) said hunger rose in the first three months of 2022.

RELATED STORY: Charting the cycle of hunger in PH: It’s always there

For Sonny Africa, executive director of Ibon Foundation, the increase in hunger exposes “how hollow the so-called recovery is and how exaggerated are the self-proclaimed achievements of President Rodrigo Duterte”. 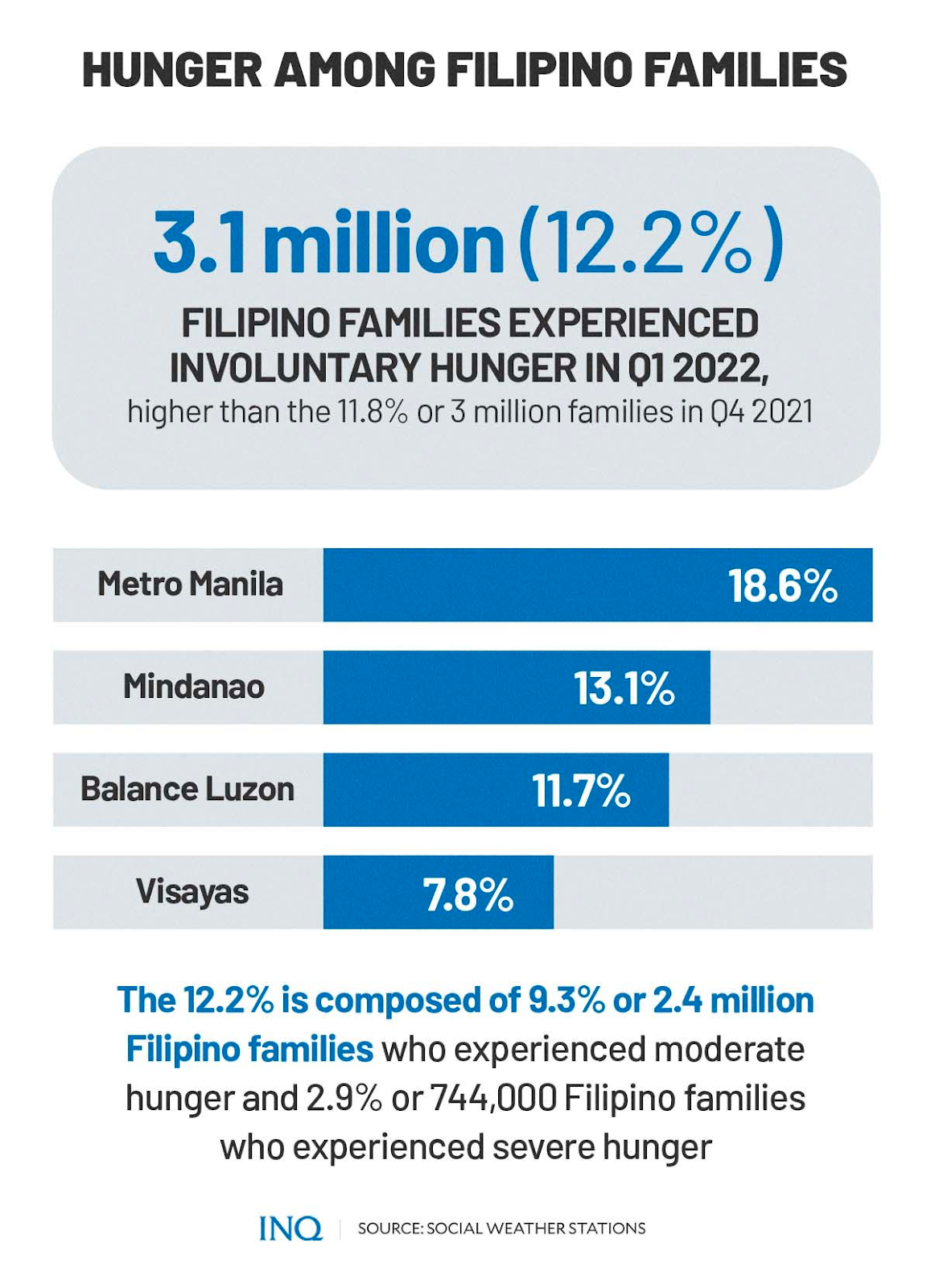 “Hunger is rising because family incomes and savings, which were eroded by the COVID-19 lockdowns, are still low, making households vulnerable to rising prices of basic goods and services,” he told INQUIRER.net.

Africa stressed that inflation, which was highest in three-and-a-half years, will further sink poor Filipino families whose incomes and livelihoods were all but wiped out by the government’s “excessive” lockdowns.

Africa said Filipino families have been spending less since 2020 with corresponding decreases in their consumption and welfare: “High and rising food, beverage and transport inflation now erases any gains from the economic reopening.”

Chua said the war unleashed by Vladimir Putin on Ukraine has disrupted the global food supply chain and elevated commodity prices, specifically for fuel. He said “we have seen how a single crisis can set us back”.

He stressed that the government has pursued both short-term and long-term interventions “to increase the resilience of our domestic economy against external shocks”. 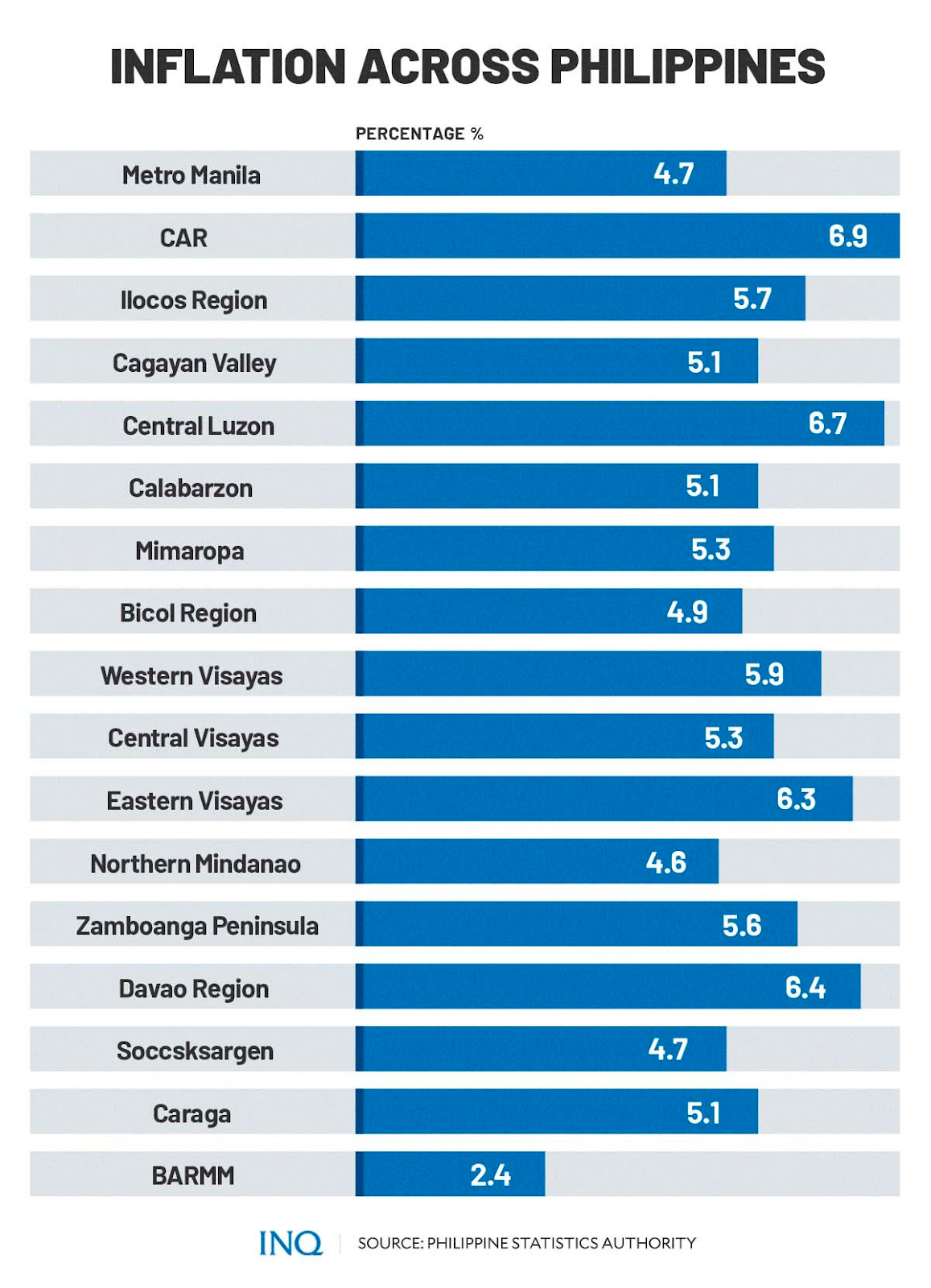 Chua, head of the National Economic and Development Authority, said the issuance of Executive Order (EO) No. 171 by President Rodrigo Duterte and the fuel subsidy program of the government helped ease the impact of external inflationary pressures.

EO No. 171, which modified tariff rates for pork, corn, rice, and coal, extended the validity of EO Nos. 134 and 135, which lowered the “most favored nation” tariff rates for the importation of pork and rice.

Likewise, the government said it had already given out P6,500 each as fuel subsidy to 180,000 PUV drivers through the Pantawid Pasada program. It said more than 158,000 farmers are set to receive P3,000 each.

Where is inflation high?

The PSA said inflation in Metro Manila rose to 4.7 percent last month from 4.4 percent in April because of the increase in these indexes: food and non-alcoholic beverages (4.6 percent) and transport (13.8 percent).

Hikes were also higher in these commodity groups:

In regions outside Metro Manila, the PSA said inflation rate was 5.5 percent, higher than 5.1 percent in April and 4.5 percent in 2021. 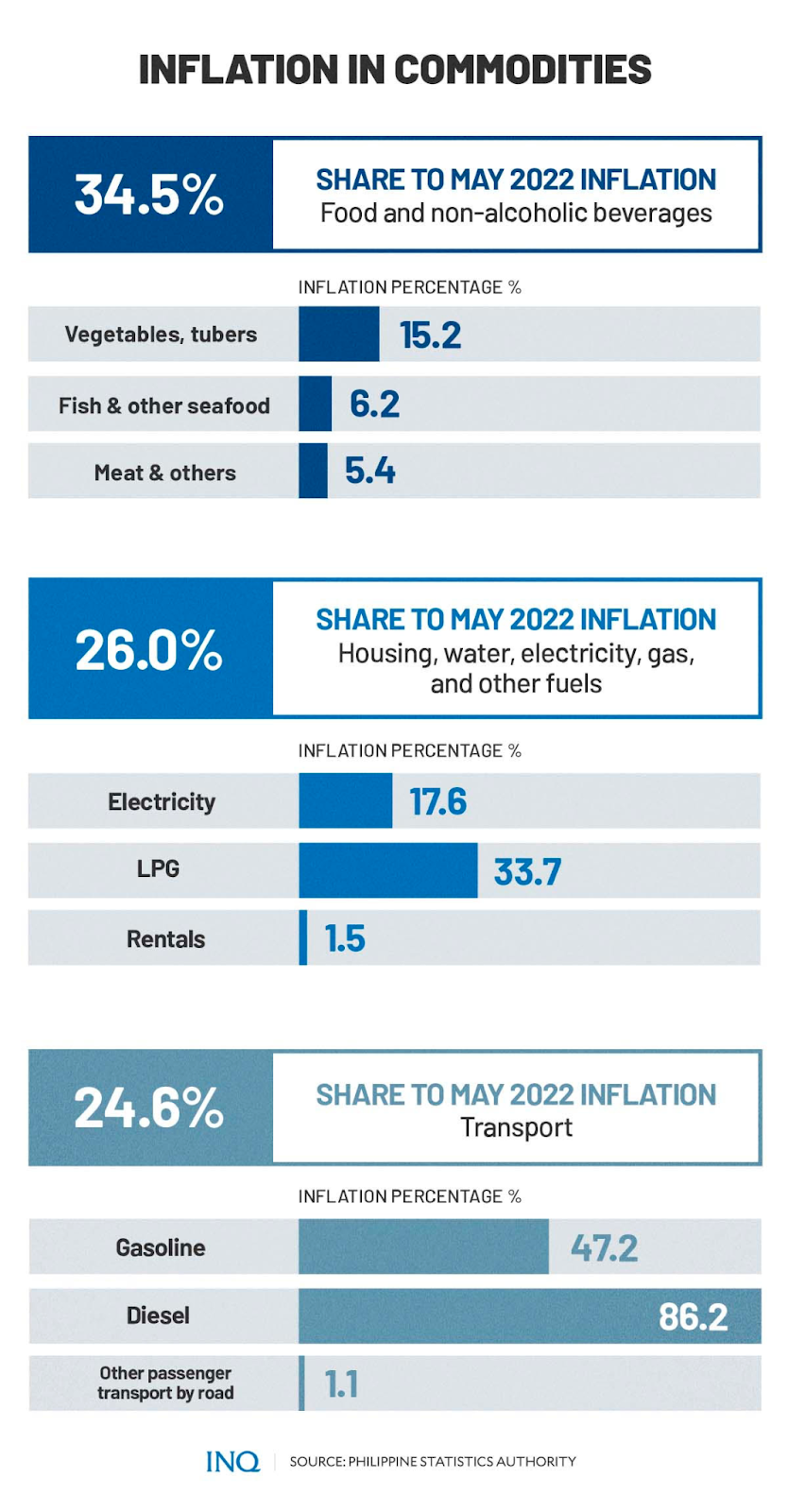 Except for Central Visayas and Northern Mindanao, all regions outside Metro Manila had higher inflation in May 2022. The highest inflation in May was recorded in the Cordillera Administrative Region (6.9 percent), while the lowest was still in Bangsamoro Autonomous Region in Muslim Mindanao (2.4 percent).

Africa said that with the latest inflation rates, the real value of the minimum wage in Metro Manila has fallen by 10 percent since the start of the Duterte administration.

“Even when the latest hike takes effect, the Duterte administration is going to be the only one of the last six administrations that sees the real wage falling over its term,” he said.

He stressed that real wage in Metro Manila was worth P538 in June 2016 and is now down to P484, measured in 2018 prices: “The first two wage hikes and even the third hike have not even kept up with rising prices of goods and services.”

“This administration and the next should stop their narrow-minded obsession with infrastructure, debt service and credit ratings and spend what’s needed to be spent on cash assistance, food support, and fuel subsidies to immediately benefit tens of millions of distressed Filipinos,” he said.

In a report, World Bank warned that the world economy was likely to suffer stagflation (high inflation, low growth) as a result of a combination of factors, including the COVID pandemic. It warned that developing economies that are struggling with elevated debts because of the pandemic were likely to suffer most.

Optimism, or humor, can’t turn this around.