Comelec: No more extension in filing of SOCE except for winning bets, party-lists 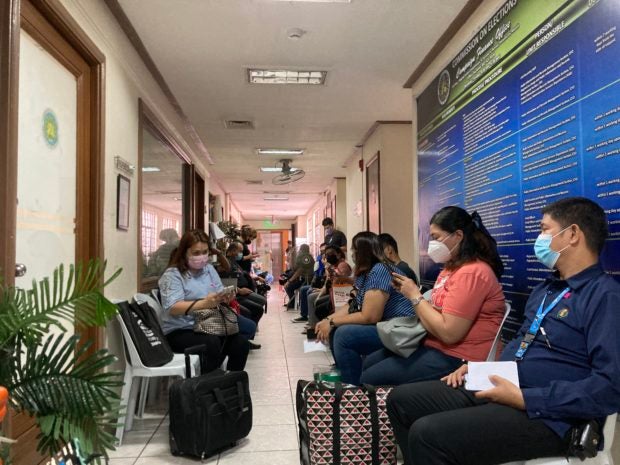 Representatives of candidates and party-lists wait in line to file their respective Statement of Contributions and Expenditures at the Commission on Elections’ Campaign Finance Office on Wednesday, June 8. INQUIRER.net photo / Daniza Fernandez

MANILA, Philippines — The June 8 deadline for filing the Statement of Contributions and Expenditures (SOCE) is non-extendible except for winning candidates and party-lists.

Commission on Elections (Comelec) Education and Information Department chief James Jimenez said this Wednesday, citing the poll body’s Resolution No. 9991 as amended by Resolution No. 10505.

“The June 8 deadline in relation to the 2022 NLE (national and local elections) is final and non-extendible, except for winning candidates and party-list groups,” he said in a statement. 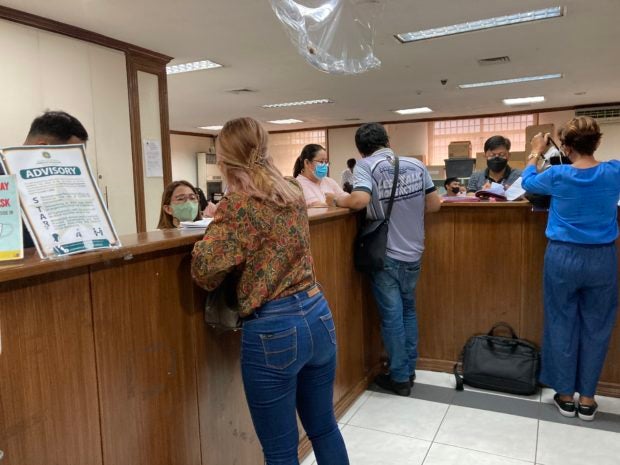 The Commission on Elections officers are busy behind the counters attending to the filing of Statement of Contributions and Expenditures at the Campaign Finance Office on Wednesday, June 8. INQUIRER.net photo / Daniza Fernandez

Jimenez explained that triumphant bets will be given six months from their proclamation to comply with the submission.

Their position will be deemed vacant until the filing of their SOCE.

“Winning candidates who fail to file SOCE are barred from assuming office. The office of an elected candidate who failed to file their SOCE shall be deemed vacant until they have complied and submitted their SOCE within a period of six months from proclamation,” he elaborated. 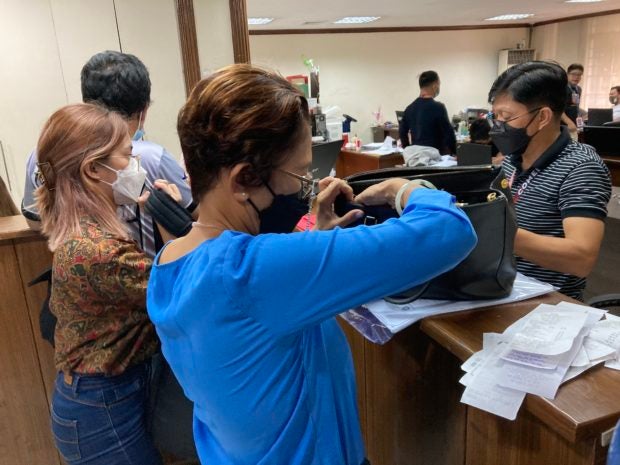 If the candidate still did not comply within the said period, a “permanent vacancy” will occur, said Jimenez.

Meanwhile, losing candidates and party lists who will not meet the filing deadline will be administratively liable.

“Losing candidates and parties in the 2022 NLE who failed to file their SOCE shall be held administratively liable. The penalty is an administrative fine, and the amount depends on whether it is the candidate or party’s first or second offense,” Jimenez told INQUIRER.net in a message.

“A higher fine will be meted out in case of a second or subsequent offense, in addition to perpetual disqualification to hold public office,” he added.

SOCE filers must submit their respective statements at the Comelec’s Campaign Finance Office until June 8, 5 p.m.