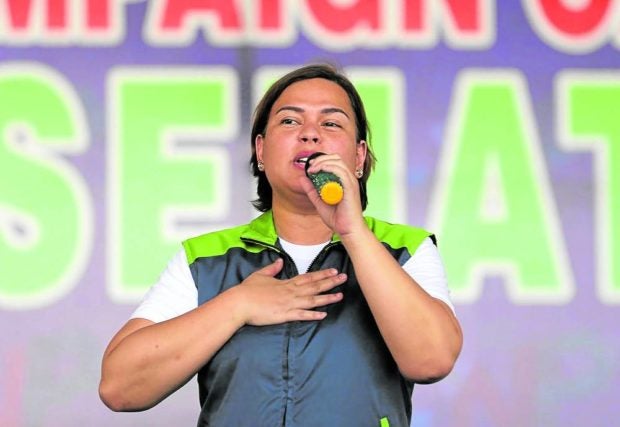 MANILA, Philippines — Vice President-elect Inday Sara Duterte-Carpio spent more than P216 million for her campaign, none of which came from personal funds, her Statement of Contributions and Expenditures (SOCE) showed.

Based on Duterte-Carpio’s SOCE, which was filed before the Commission on Elections on Wednesday, the Vice President-elect spent P216,190,935 for her campaign in the recently-concluded national elections.

VP-elect Inday Sara Duterte-Carpio spent over P216 million for her campaign. Like her runningmate President -elect Bongbong Marcos Jr., she did not use any personal funds and instead used contributions from other sources and her political party. @inquirerdotnet 📸: Lakas-CMD pic.twitter.com/4CP0NSgTIP

Like her running mate President-elect Ferdinand “Bongbong” Marcos Jr., Duterte-Carpio did not use any personal funds and instead used contributions from other sources and her political party, Lakas-CMD.

The SOCE showed that Duterte-Carpio received in-kind contributions from “other sources” amounting to P79,581,690.15. It was not stated in the document who the “other sources” were.

Duterte-Carpio won the vice presidential elections after receiving over 32 million votes. She is set to take her oath in Davao City, where she currently serves as mayor, on June 19.

READ: VP-elect Sara Duterte to be inaugurated in Davao on June 19