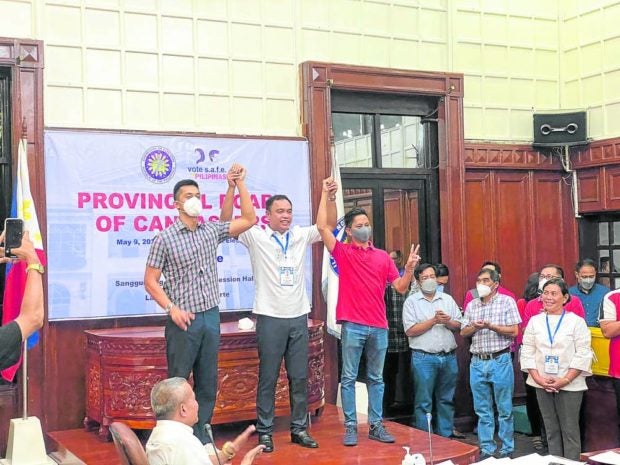 Political clans have tightened their grip on their home provinces while several new faces emerged as winners in local elections in Central and Northern Luzon.

Raphaela Veronica Ortega-David, daughter of Gov. Francisco Emmanuel “Pacoy” Ortega, was leading in the race for governor based on unofficial tallies.

But Pacoy lost in the mayoral race in the capital San Fernando City against reelectionist Mayor Herminigildo Gualberto.

In Ilocos Norte, the Marcoses dominated the local polls, pulling off an upset against their closest opponents from another dominant political family, the Fariñases. Matthew Marcos Manotoc, son of Sen. Imee Marcos, won another term as governor, beating veteran politician and former Rep. Rodolfo “Rudy” Fariñas.

It was a landslide victory even for Manotoc’s aunt, Cecilia Araneta Marcos, who secured another term as vice governor.

Four other governors in Central Luzon won in their reelection bids, the unofficial count showed. They are Daniel Fernando of Bulacan, Dennis Pineda of Pampanga, Hermogenes Ebdane Jr. of Zambales, and Susan Yap of Tarlac, who was unopposed.

Lawyer Christian Noveras won as governor of Aurora, while his father, former Gov. Gerardo Noveras, will serve as vice governor.

In Baguio City, reelectionist Mayor Benjamin Magalong was proclaimed winner by the board of canvassers, edging out two rivals.

Incumbent officials in Ifugao and Mountain Province will serve their second terms following their proclamation on Tuesday.

In Central Luzon, only Ninoy hometown in Tarlac delivers victory for Robredo