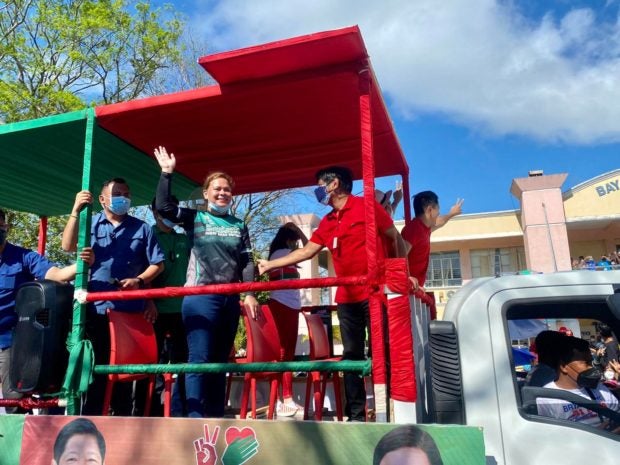 MANILA, Philippines — Saying it would be best to just wait for the results, presidential candidate Ferdinand “Bongbong” Marcos Jr. squashed Monday claims that there is no “Solid North” in the upcoming national elections.

The term “Solid North” refers to the supposedly strong or compact support of North Luzon voters to the presidential bid of Marcos, which his critics have refuted.

(There is a phrase Solid North because we’ve seen it before. Let’s just wait for the results. If there is no Solid North, then I will go back to them and ask them not to leave me behind. So we can still unite the Solid North.)

Marcos admitted that the “Solid North” got weaker in 1986—the year his father, the late dictator President Ferdinand Marcos Sr. was ousted from power.

However, Marcos Jr. said that the “Solid North” was restored as seen in his previous senatorial bid as well as the run of his sister, incumbent senator Imee Marcos.

(The truth is there was no Solid North in 1986 because we did not have a national candidate until I ran for senator and it was restored.)

(We had the same results in my vice presidential bid that’s why I can say that even if the Solid North, which was built by my father, was gone for a while, it seems that it is being restored again.)

Some of Marcos Jr.’s fellow presidential candidates refuted that there is “Solid North” in the coming elections.

Meanwhile, Manila City Mayor Isko Moreno Domagoso said he received a warm reception in Cagayan Valley and Cordillera regions which, according to his campaign, shattered the “mythical Solid North” of the Marcos family.