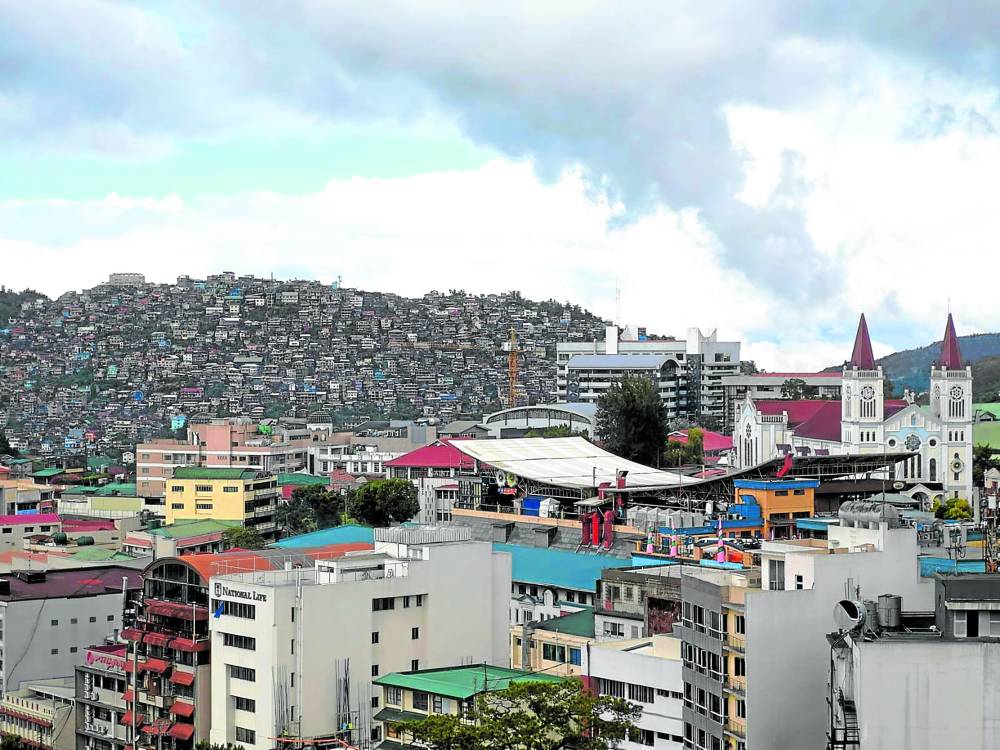 OVERCROWDED Baguio City, which hosts a daytime population of 750,000, is getting overcrowded as shown in this photo taken on Friday. The summer capital, designed by the American colonial government for 25,000 residents, now has a population of 366,358 based on the 2020 census. —EV ESPIRITU

BAGUIO CITY — To prevent Baguio from hurtling into urban decay by 2043, the city government has begun enforcing strict zoning rules and a thorough review of business operations since the start of 2022, officials said on Wednesday.

The city is forging ahead with this policy even as it has been facing criticism, mainly from business owners, over its disapproval or delayed renewal of permits of those that do not comply with the zoning ordinance. Some residents have complained to the city council that they have been discouraged from renewing their small-to-medium enterprises that have been operating for years because these businesses were not permitted in their residential zones. A major development project was also delayed because it was being raised in the wrong zone.

City Administrator Bonifacio dela Peña and City Planning Officer Donna Tabangin explained in a public briefing on Wednesday that what the government has been doing since January was a “course correction” in light of a 2019 urban carrying capacity report, which identified natural and public resources that have been overwhelmed by overpopulation. Baguio was designed and built by the American colonial government for 25,000 residents, but the 2020 census places its population at 366,358.

If the government fails to institute reforms and put development and business operations in their proper place, “we will only last until 2043,” said Tabangin. That date was a projection made by data consultancy group Certeza Infosys under a “business-as-usual” scenario, said Tabangin.

The length of urban roads, for instance, was designed for a smaller population—measured at 40 square meters per person. But according to the carrying capacity report generated by Certeza, that threshold was breached as far back as 1988, leading to massive traffic slowdowns that still plague this tourist city, said Tabangin.

The planning office’s requirement for all businesses to reserve parking allotments, even in dense neighborhoods, has also been a subject of complaint. But Tabangin said some entrepreneurs converted garages for businesses like “sari-sari” or community stores, and have been parking their cars in the inner streets, which impedes traffic flow.

The growth of small garage businesses began at the onset of the COVID-19 pandemic because the hard lockdowns shuttered regular work, but their operators have been asked to adjust to the rules set by their respective zones, she said. 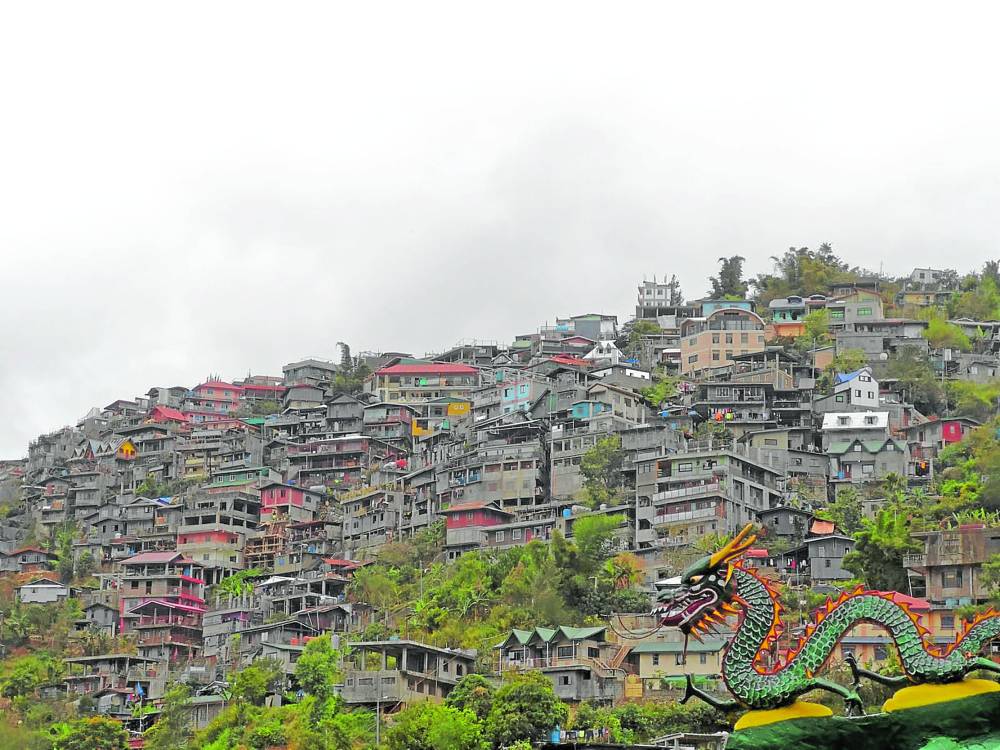 OVERCROWDED Baguio City, which hosts a daytime population of 750,000, is getting overcrowded as shown in this photo taken on Friday. The summer capital, designed by the American colonial government for 25,000 residents, now has a population of 366,358 based on the 2020 census. EV ESPIRITU

Water is getting scarcer in the city. Since the 1990s, the city’s water has been rationed because of the growing population and the carrying capacity of its water resources had been breached in 2002, Tabangin said.

This was why the city’s licensing office has been inspecting and adjusting the zonal requirements for accommodation facilities, some of which have increased rentable rooms over the years, she said.

Water consumption for a two-family household is equivalent to about 10 people but “by increasing their rooms, sometimes without city clearance, water consumption increases by 20 or 30 people,” Tabangin said. The Baguio Water District has not been consulted whenever new buildings are permitted to rise, she noted.

Solid waste management is tied to the population, and its threshold was breached in 1994, Tabangin added.

The carrying capacity of Baguio wastewater treatment was breached in 2007, according to the Certeza report.

One of the most important projects now being undertaken by the city is the overhaul and modernization of its septic and treatment systems, for which a loan from the Asian Development Bank is being facilitated.

Baguio’s wastewater discharge has contributed to pollution tainting four major rivers that have headwaters in the mountain city.

At a March 25 press briefing, Mayor Benjamin Magalong said the carrying capacity report does not just define a huge population’s impact on the quality of life in Baguio but also on the environment.

According to the carrying capacity report, Baguio’s forest cover threshold was reached in 2012.