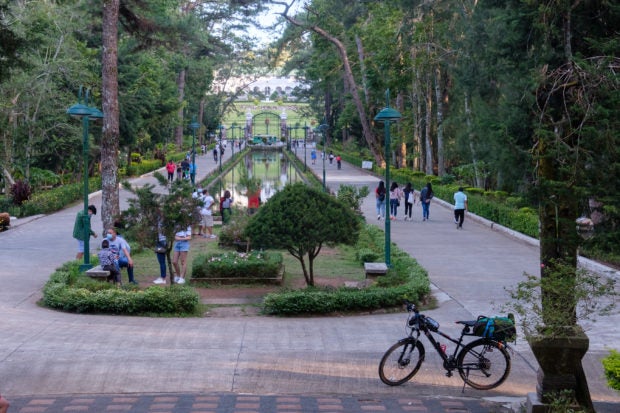 TOURIST SPOTS The presidential Mansion and Wright Park are among the top spots that residents and tourists visit in Baguio. Local officials have started revisiting the city’s waste management system as Baguio deals with overdevelopment and increasing population driven by tourism. —NEIL CLARK ONGCHANGCO/CONTRIBUTOR

BAGUIO CITY, Benguet, Philippines — How much are Baguio residents willing to shoulder to clean up rivers using a P2-billion loan?

The question was raised on Monday by the city council when it reviewed the conditions set for the rehabilitation needed by the city’s wastewater system.

The council had earlier endorsed a loan arrangement to the National Economic and Development Authority (Neda) involving the Tourism Infrastructure and Enterprise Zone Authority (Tieza) which would secure the Asian Development Bank (ADB) loan on the city’s behalf.

Local governments are not allowed to secure ADB loans of that magnitude so the city will reimburse Tieza annually beginning 2031 by paying P137 million in yearly allotments for 19 years after it completes the rehabilitation of city sewers.

Baguio will use the ADB money to replace 11.8 kilometers of pipelines, develop a septage facility for households that rely on septic tanks, and upgrade its only sewage treatment plant at the mouth of Balili River.

In 2020, the Department of Environment and Natural Resources (DENR) sampled water from Balili and Bued River, which flows through the mountainsides of Kennon Road, and confirmed the heavy pollution in these bodies of water.

“It has been fortunate that La Union and Pangasinan (provinces) have not taken legal action against us,” Mayor Benjamin Magalong told the city council in September when the ADB loan was first discussed there.

But the expensive undertaking would eventually require residents to pay sewage fees, which may be included in their water bills.

An initial ADB survey showed residents prefer a fee of P10 per cubic meter although some indicated they could afford a potential P32 per cubic meter charge that would ease the city’s P64-million annual cost of operating the system.

That could amount to an extra P300 charge for a household that consumes 10 cubic meters.

For Baguio to quickly recoup its expenses, ADB consultants suggested raising sewage fees every five years until 2033.Currently, only commercial establishments are charged sewage taxes based on a flat fee corresponding to their number of toilets.

Councilors Fred Bagbagen and Vladimir Cayabas acknowledged the urgency of repairing the sewers but balked at tying households to steep fees to repay the ADB loan.

Rhenan Diwas, city environment officer, said Baguio could be penalized because the technology introduced by the Japan International Cooperation Agency in 1984 when it built the sewage plant was too outdated and no longer fulfilled standards set by the DENR. 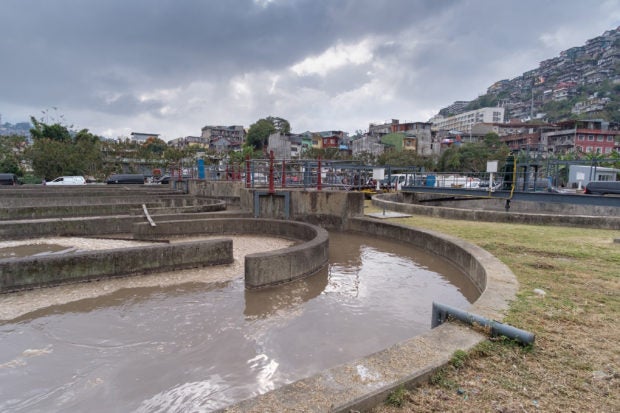 READY FOR UPGRADE The Baguio sewage treatment plant, built in the 1980s, is the only facility that processes wastewater discharged by households and businesses in the city’s business district. The local government has taken out a loan to fund the plant’s upgrade. —NEIL CLARK ONGCHANGO/CONTRIBUTOR

The facility is designed to receive and treat effluent from 63 barangays but it only serves about 5,000 houses and commercial buildings, or 5 percent of wastewater generated by the city, Diwas said.

Recently, sanitary engineers discovered massive damage in the city’s pipelines, suggesting that leaks might have directed more wastewater into the waterways.

Councilor Arthur Allad-iw revived a council initiative to issue a building moratorium in light of the city’s sewage problems, although Diwas said new buildings have been required to put up wastewater treatment plants.

Magalong described the project as a “moral obligation” to clean wastewater before discharging it into the Balili, Bued, Galiano and Ambalanga rivers in the city.

Since 2011, Balili has been the subject of research and a cleanup drive promoted by a consortium of Baguio and Benguet universities to address the impact of wastewater discharge from Baguio and from riverside houses in the Benguet capital La Trinidad.

Last year, an older plan to install separate treatment plants for each river was reviewed by city managers, but it would require Baguio to cough up P22 billion so the project was shelved, Diwas informed the council.

ADB has given Baguio a $400,000 (P20-million) grant to study the appropriate tariff system not just for a modern wastewater cleansing process, but also a proposal to process and market sludge as farm input. INQ