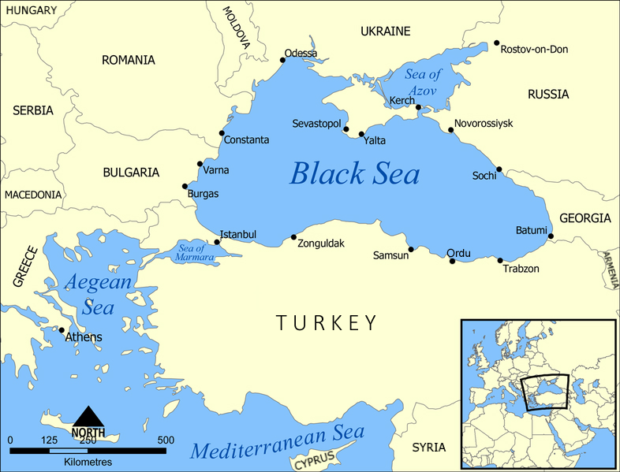 Map of the Black Sea

MOSCOW — Russia on Saturday warned that mines that Ukrainians had deployed in the Black Sea against its “military operation” could drift as far as the Straits of Bosphrous and the Mediterranean Sea.

“After the start of the Russian special military operation, Ukrainian naval forces had deployed barriers of mines around the ports of Odessa, Ochakov, Chernomorsk and Yuzhny,” the FSB security service said in a statement, adding that the mines were “dilapidated” and made in the first half of the 20th century.

Storms have cut cables to some of those mines that are now floating freely in the western Black Sea, pushed along by wind and the currents, it said.

Given the direction of the currents “the floating of the mines toward the Bosphrous and then on to the Mediterranean is not excluded”, it said.

Since launching its offensive on February 24, Russia has gained control over large parts of Ukraine’s Black Sea coastline.