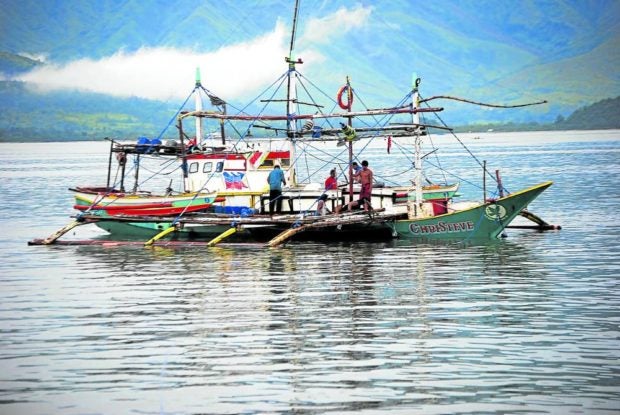 Fishermen’s boat. Fishermen from Subic, Zambales prepare their boats for another fishing trip to Scarborough Shoal moments after the Permanent Court of Arbitration in The Hague favored the Philippines on its territorial dispute with China. (Allan Macatuno)

The Department of Agriculture (DA) is preparing to distribute P500 million in fuel subsidy to farmers and fishers as part of measures to ease the impact of rising oil prices amid Russia’s invasion of Ukraine.

The DA met with the Department of Budget and Management (DBM) on Thursday to discuss the mechanics of the fuel subsidy program that was approved by President Duterte early this week.

“[The amount of] P500 million is now ready to be given this March,” Agriculture Secretary William Dar said at Friday’s Laging Handa public briefing. He said the DA and DBM would sign a joint memorandum circular with the Department of Energy (DOE) setting the guidelines for the distribution of the fuel subsidy “directed to corn farmers and fishers.”

It is the DA that will submit the guidelines, Dar said. Asked how soon the farmers and fishers would receive the subsidy, he only said the guidelines were in “the final stages of preparation.”

Bureau of Fisheries and Aquatic Resources Director Eduardo Gongona told the Inquirer that the subsidy would amount to P3,000 per farmer/fisher.

Fuel costs are expected to rise by as much as P3 per liter next week as global oil prices continue their upward trend. As of Friday, the price of global benchmark Brent crude oil soared to $112 a barrel from $100 a barrel last Monday. While global oil supply has been tight since 2021 due to underproduction in oil-producing countries, the situation has been exacerbated by the worsening conditions in Ukraine.

The fuel subsidy is based on the three-month global average price of fuel per barrel from December 2021 to February.

How many farmers and fishers would benefit from the subsidy will be announced in due time, Dar said, adding that the aid would be on top of seeds to be provided to farmers under the “Plant, Plant, Plant” program and P5,000 each to 1.8 million rice farmers.

Earlier, President Rodrigo Duterte approved measures to mitigate the effect of Russia’s invasion of Ukraine, such as a P 2.5-million fuel subsidy to public utility vehicle (PUV) drivers, a 30-day increase in rice buffer stock, and fertilizer and fuel subsidies to the agriculture sector.

“For crops, [it] comprises around 20 percent of the production cost. For livestock raisers, [it’s] up to 50 percent,” Cainglet told the Inquirer.

“We can say the 20- to 30-percent increase in the cost of production of farmers is directly attributed to the increase in fuel prices,” he said.

Albay Rep. Joey Salceda said the House panels on ways and means, which he chairs, and on economic affairs, energy and transportation would form a “fuel crisis ad hoc committee” on orders of Speaker Lord Allan Velasco.

The committee will hold a special hearing on Monday “to discuss steps forward to control the rise in oil prices,” Salceda said. 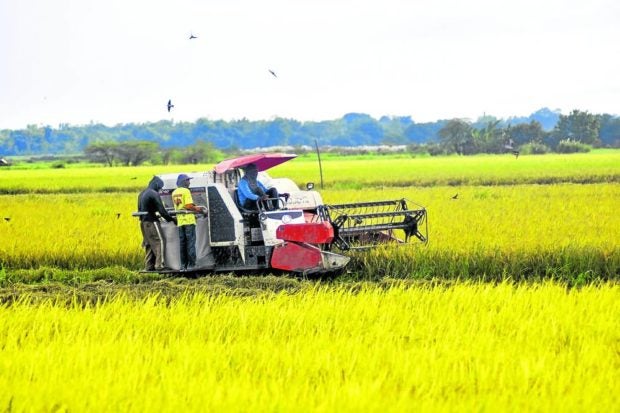 Since Russian President Vladimir Putin’s announcement of a “military operation” in Ukraine last week, prices of Brent crude oil soared past $100 a barrel for the first time in more than seven years.

Prices surged even higher this week, reaching a high of $116 a barrel.

The Mean of Platts Singapore, the pricing reference adopted by most local oil firms, projected that the price of Brent crude might hit $120 a barrel.

The Bank of America made the same prediction, saying $120 a barrel might be reached in June.

This could result in a liter of diesel and gasoline costing P68.70 and P78.33, respectively, the DOE said.

While the Philippines mostly gets its oil supply from Saudi Arabia, Russia is the world’s second-largest oil producer. Any supply disruption there could adversely affect the global oil inventory.

Since the latest price hike implemented last Tuesday, prices of gasoline and diesel had risen by as much as P9.65 and P11.65 since January, respectively.

Prices of liquefied petroleum gas (LPG), the rates for which are tied to Saudi Aramco, also rose by P7.95 per kilogram this month.

In finding ways to temper the effect of skyrocketing oil prices on Filipino consumers, the DOE has said it would fast-track the release of fuel subsidies to PUV drivers, farmers, and fishers.

No relevant policies have been laid out for ordinary motorists.

Even with high oil costs, groups of PUV drivers and operators and transport advocates are opposed to the petition filed by a transport group to raise the minimum fare to P15, saying it would mainly hurt commuters and even drivers themselves.

A hearing has been set by the Land Transportation Franchising and Regulatory Board (LTFRB) on March 8 for the petition filed by Liga ng mga Transportasyon at Operators sa Pilipinas (LTOP), its president Orlando Marquez said on Friday.

Ricardo Rebaño, national president of the Federation of Jeepney Operators and Drivers Association of the Philippines (Fejodap), said increasing the minimum fare to P10 would be sufficient.

Piston did not immediately respond to the Inquirer’s request for comment. It had earlier said a fare increase was not a long-term solution to the transport sector’s problems.

Rebaño confirmed that he had spoken with Marquez on the LTOP petition and told the latter that he was against a P15 minimum fare. He said a subsequent meeting with Fejodap officers was held to discuss the petition.

“They all disagreed with that move, and take note that all of them are drivers and operators,” Rebaño told the Inquirer by phone. “It is the people, especially our commuters, who will suffer from this fare increase to P15. Also, the [jeepney] drivers’ families will be affected.”

He said the Fejodap petition “some years ago” for the LTFRB to bring back the P10 minimum fare in jeepneys would be more reasonable, especially for commuters.“All the LTFRB has to do is to hand down its order,” Rebaño pointed out.

Move As One, a coalition of transport and mobility advocates, believes that public transport fares should be “kept affordable despite sharply rising fuel prices.”

“As an essential service that most of us rely upon, public transportation should be on a stable and financially sustainable footing,” said Robert Siy, co-convener of the coalition.

Siy called for service contracting by the government, saying: “With service contracts, transport operators receive payments linked to the number of kilometers that the vehicles run daily, with performance incentives that motivate compliance with service standards.”

AltMobility PH, a member of the coalition, agreed with Siy. It said service contracting would “insulate commuters and the industry from oil price increases,” and said the country should be “less dependent” on fuel.

LTOP’s Marquez said that behind its petition was Republic Act No. 8479, or the Downstream Oil Industry Deregulation Act of 1998 signed by then-President Fidel V. Ramos, which he blamed for the “sufferings” that jeepney drivers were forced to endure with soaring fuel prices.

He claimed that it was RA 8479, and not Russia’s invasion of Ukraine, that had directly caused the oil price increases.

“We never wanted this to happen,” Marquez said. “But we have no choice since this is for the sake of our jeepney drivers and their families.” —With a report from Jordeene B. Lagare