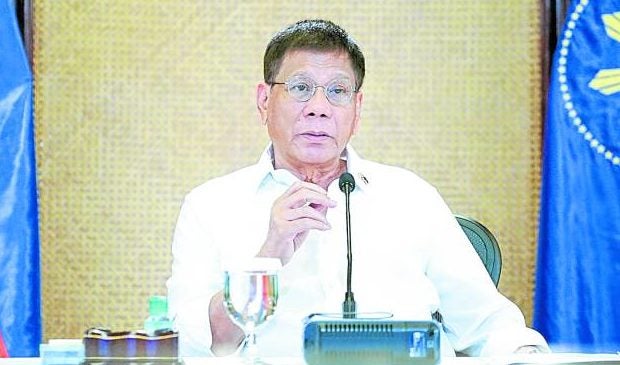 President Rodrigo Duterte has signed into law a measure introducing amendments to the Foreign Investments Act of 1991, further opening the economy to foreign capital.

Duterte on Wednesday signed Republic Act No. 11647, or the amendments to Republic Act No. 7042, to allow “non-Philippine nationals” to do business or invest in a domestic enterprise with up to 100 percent of its capital, except if their participation is prohibited or limited to a smaller percentage in the foreign investments negative list (FINL).

RA 7042 mandates the formulation of the list, which covers “areas of economic activity whose foreign ownership is limited to a maximum of [40] percent.”

The National Economic and Development Authority reviews the FINL every two years. The FINL was last updated in 2018, as the government prioritized the pandemic response in the years that followed.

Outside the list, foreigners may invest with a minimum paid-up capital of $100,000 in micro and small domestic market enterprises, if these involve advanced technology as determined by the Department of Science and Technology; are endorsed as startup or startup enablers by lead agencies pursuant to the Innovative Startup Act (Republic Act. No. 11337); and if they have at least 15 Filipino direct-hire employees.

They are also allowed up to 100-percent ownership in export enterprises not covered by the FINL.

The amendments also mandate the formation of the Inter-Agency Investment Promotion Coordination Committee (IIPCC), which will evaluate foreign investments in military-related industries, cyberinfrastructure, and other activities that may threaten national security.

The IIPCC will be headed by the trade secretary, with the secretary or an undersecretary of the Department of Finance as vice chair.

In a statement, Albay Rep. Joey Salceda, chair of the House committee on ways and means, said the new amendments should boost the country’s bid to be “a leading startup hub in Southeast Asia, especially for tech and other companies seeking to solve longstanding problems in financial inclusion, agricultural productivity, health delivery, and other key services.”

“Under the Foreign Investment Act amendments, tech startups would be able to locate in the Philippines with less friction, move their professionals and experts in, and teach Filipinos and improve conditions in lagging sectors of the economy,” Salceda said.

The new law can “potentially attract investors with capital to invest in their own startups, which will be Philippine-based,” he added. “Encouraging the world’s best to live and work in the Philippines could only mean well for knowledge transfer in the country. And the amendments pave the way for that by liberalizing the practice of professions not governed by special laws.”

“That means, professionals such as biomolecular engineers who helped invent the COVID-19 vaccines, astrophysicists and other key professionals in higher and advanced sciences from foreign countries can participate in Philippine development more easily,” Salceda said. —WITH A REPORT FROM INQUIRER RESEARCH