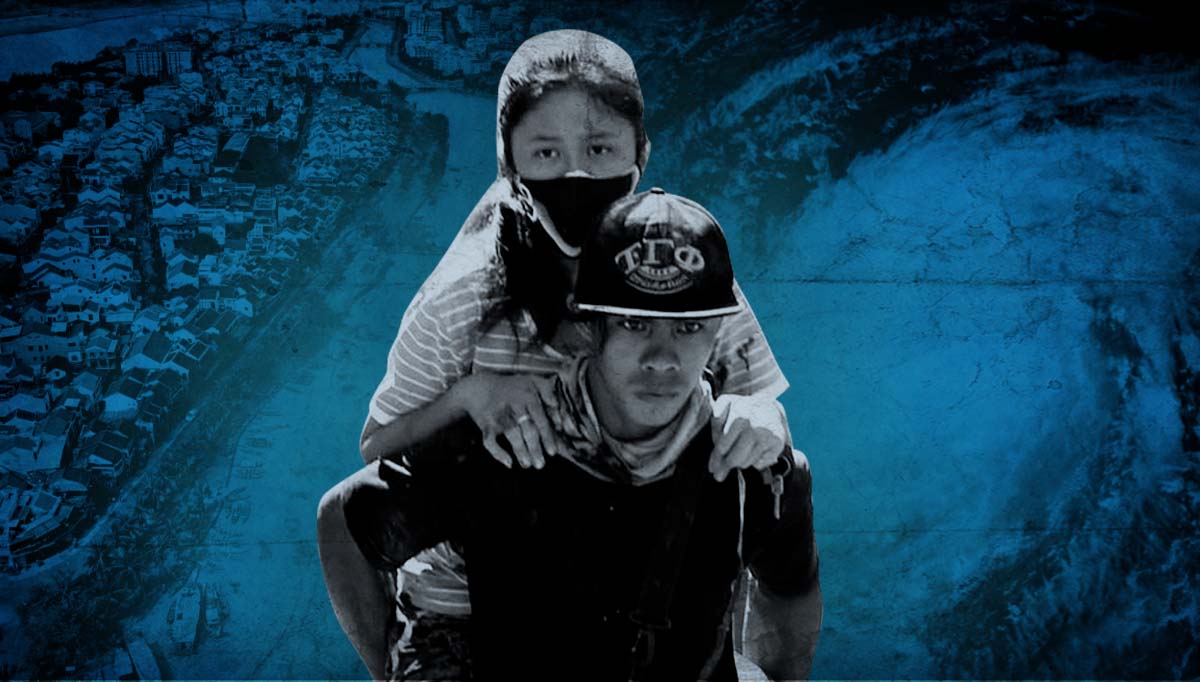 MANILA, Philippines—The Philippines has been identified as one of the most disaster-prone countries in the world.

Sometimes, however, natural disasters—earthquakes, volcanic eruptions, typhoons, floods, droughts and landslides—occur when the country celebrates what is supposed to be the most joyous time of the year, Christmas.

In the Philippines, where at least 80 percent of the population consider themselves Catholics, Christmas is among the most important holidays.

Christmas in the Philippines has been described as fun, colorful and heartwarming—with traditions like midnight Masses, Christmas carols, Noche Buena and many more.

Through the years, however, natural disasters replace joy with gloom during the holidays, especially when these claim lives.

In this article, INQUIRER.net looks back at some of the deadliest and devastating calamities that have hit the country during the Yuletide season.

A study, recently published on the Tropical Cyclone Research and Review journal by the ESCAP/WMO Typhoon Committee (TC) and the Shanghai Typhoon Institute of the China Meteorology Administration (STI/CMA), said the Philippines is “one of the world’s natural hazard hot spots” and faces “more natural hazards” than other countries.

Every year, an average of 20 tropical cyclones enter the Philippine area of responsibility.

READ: Typhoons and COVID: How much more can PH take?

At least one or two tropical cyclones are expected to enter the country every December, said the Philippine Atmospheric, Geophysical, and Astronomical Services Administration (Pagasa).

“Tropical cyclones are warm-core low pressure systems associated with a spiral inflow of mass at the bottom level and spiral outflow at the top level,” Pagasa said. 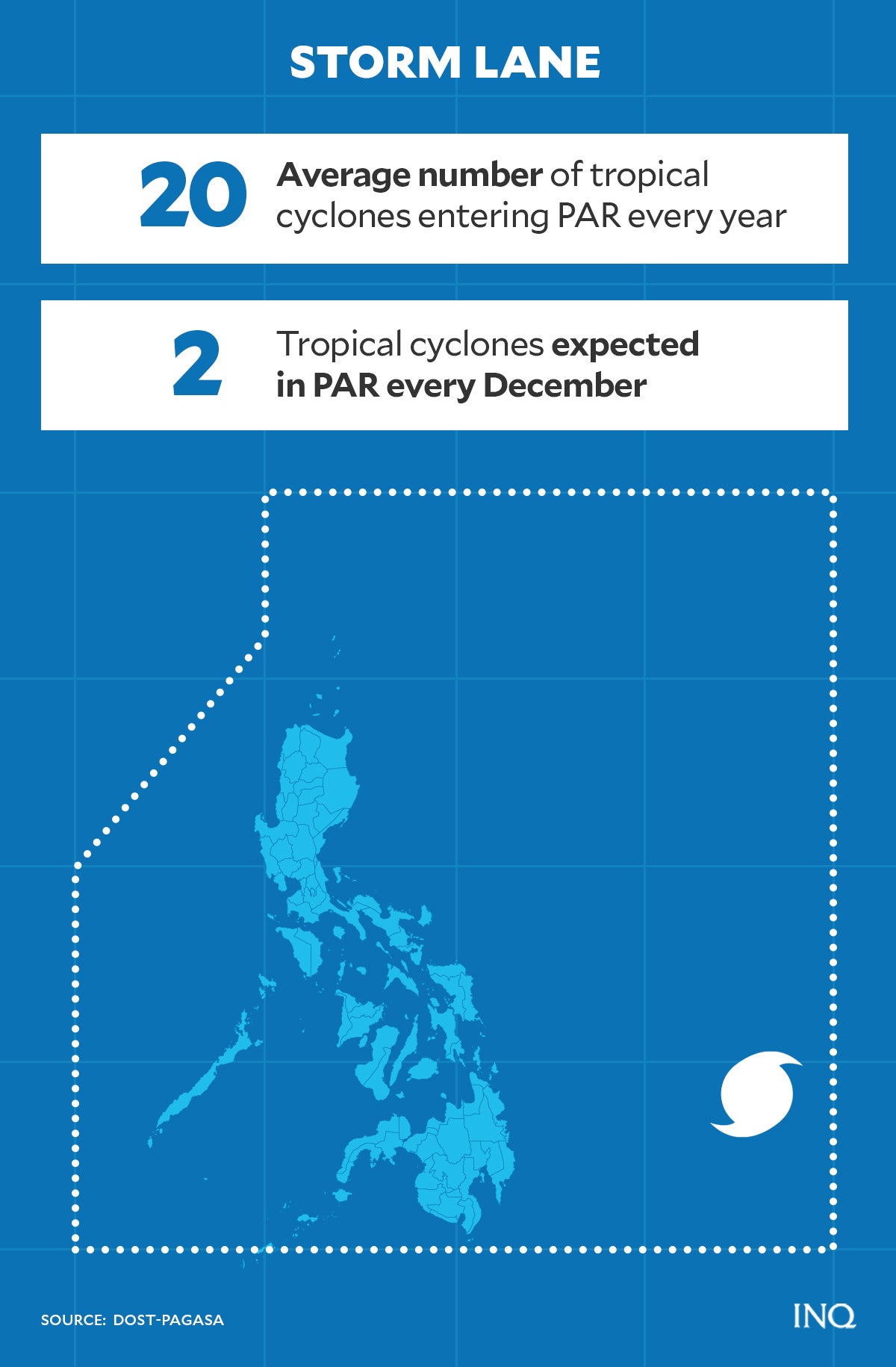 “The air accumulates large amounts of sensible and latent heat as it spirals towards the center. It receives this heat from the sea and the exchange can occur rapidly, because of the large amount of spray thrown into the air by the wind,” it added.

“The energy of the tropical cyclone is thus derived from the massive liberation of the latent heat of condensation.”

Pagasa defined tropical cyclones as a non-frontal, synoptic-scale cyclone developing over tropical and sub-tropical waters at any level and having an organized circulation.

The classification of tropical cyclones, according to strength of winds these carry, adopted by Pagasa are: 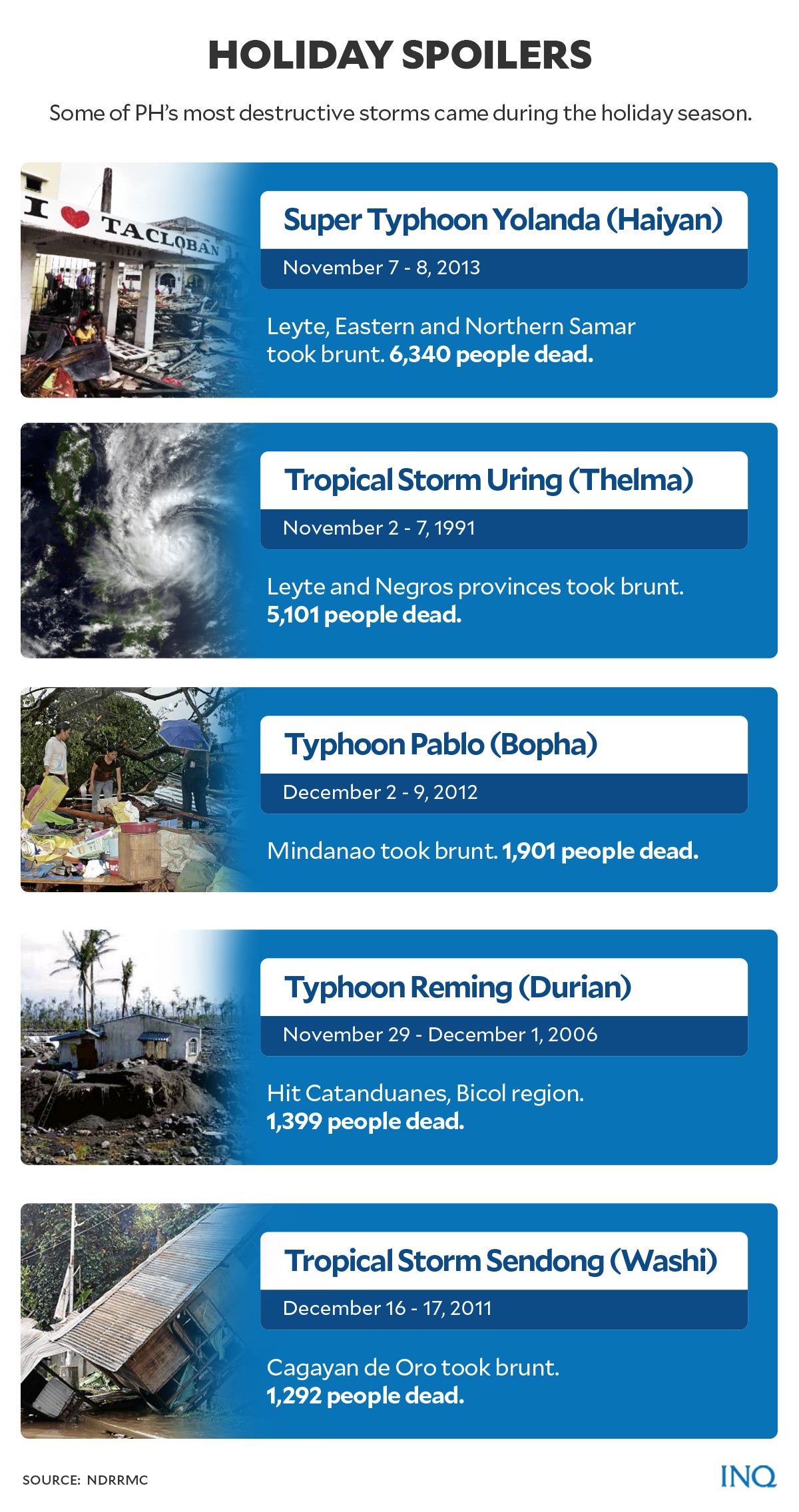 In the past years, the Philippines was battered by deadly typhoons that came during the holiday season—November to January—and has claimed thousands of lives.

Some of these are:

READ: IN THE KNOW: Deadliest typhoons in the Philippines 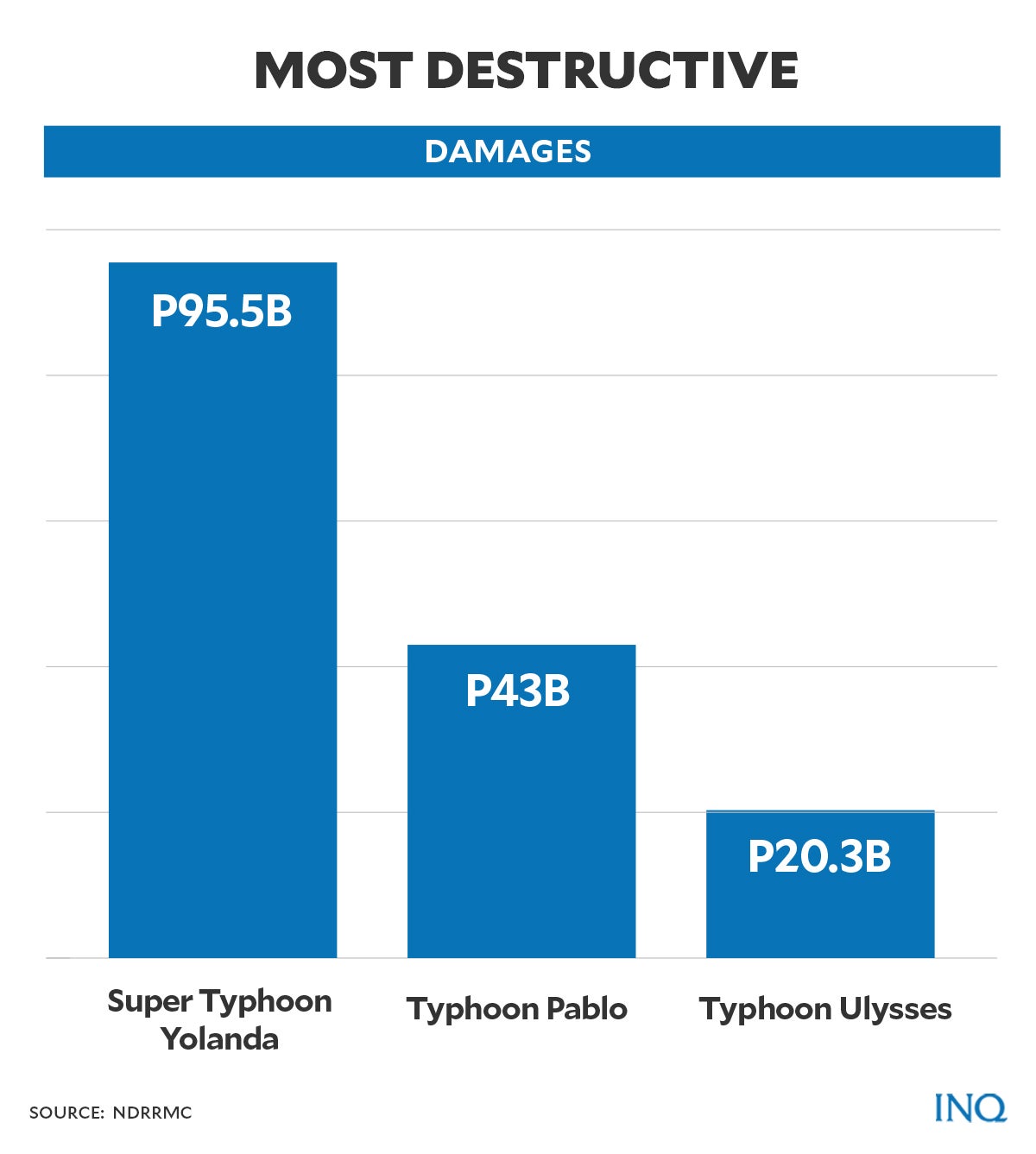 The most destructive tropical cyclones that have hit the Philippines during the holiday season were:

Aside from tropical cyclones, strong earthquakes have also rattled the country during the holiday season.

Some of the strong quakes that struck the Philippines between November to January in past years were:

Due to the country’s geographical position, disasters like earthquakes, floods, typhoons and volcanic eruptions are common.

To help Filipino families stay safe and prepared for emergencies this holiday season, the Unicef, National Nutrition Council and Makati Medical Center have issued some tips and guidelines.

In case of emergencies or disasters, families should: