Typhoons and COVID: How much more can PH take? 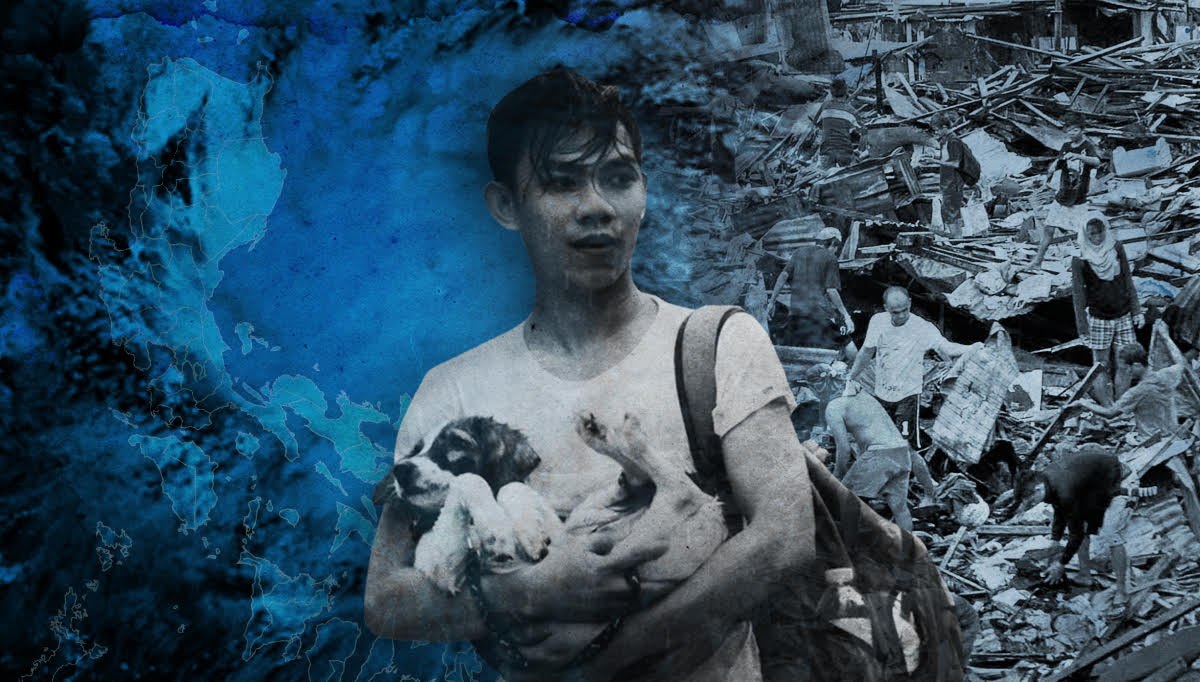 It was in 2013 when Typhoon Yolanda, which carried winds of more than 300 kph, devastated the Visayas and left widespread damage worth P95 billion.

Dr. Alvin Ang, in 2014, said in his Eagle Watch column that the economy of the Philippines had “significant resilience.”

With the COVID-19 crisis, however, typhoons lead to a long-lasting problem, the National Center for Biotechnology Information (NCBI) said.

In 2020, the Philippines was hit by 22 typhoons, including Typhoons Rolly, Quinta and Ulysses. Rolly left damage worth P13.9 billion.

READ: Rolly is world’s strongest typhoon so far in 2020 — Pagasa

The website Science Direct said that every year, an average of 20 typhoons—25 percent of the total typhoons in the world—barrel their way into the Philippines. 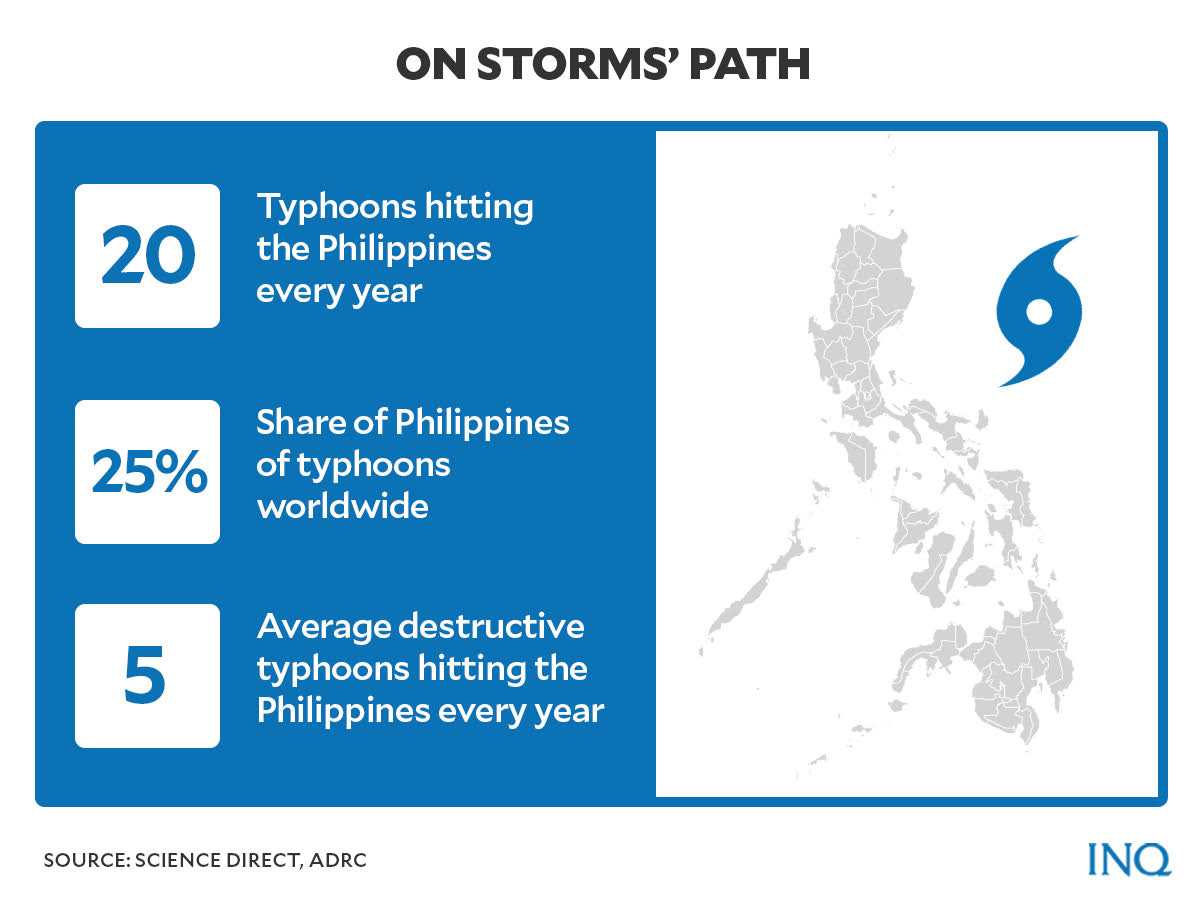 Out of the 20 typhoons, five are considered destructive while an average of nine typhoons make landfalls, the Asian Disaster Reduction Center said.

The NCBI said that typhoons in 2020 had a devastating impact on an “already poverty-stricken” nation, with the intensifying COVID-19 crisis.

The Asian Development Bank (ADB) said “those burdened most from these impacts are the poor, the marginalized, and the isolated.”

READ: PH urged to face risks from calamities head on

In its report “Disaster Resilience in Asia,” the ADB said that typhoons cost the Philippines some $20 billion in the last three decades (1990 to 2020).

These included the five strongest typhoons that hit the nation, as listed by the National Hurricane Center and the Joint Typhoon Warning Center: 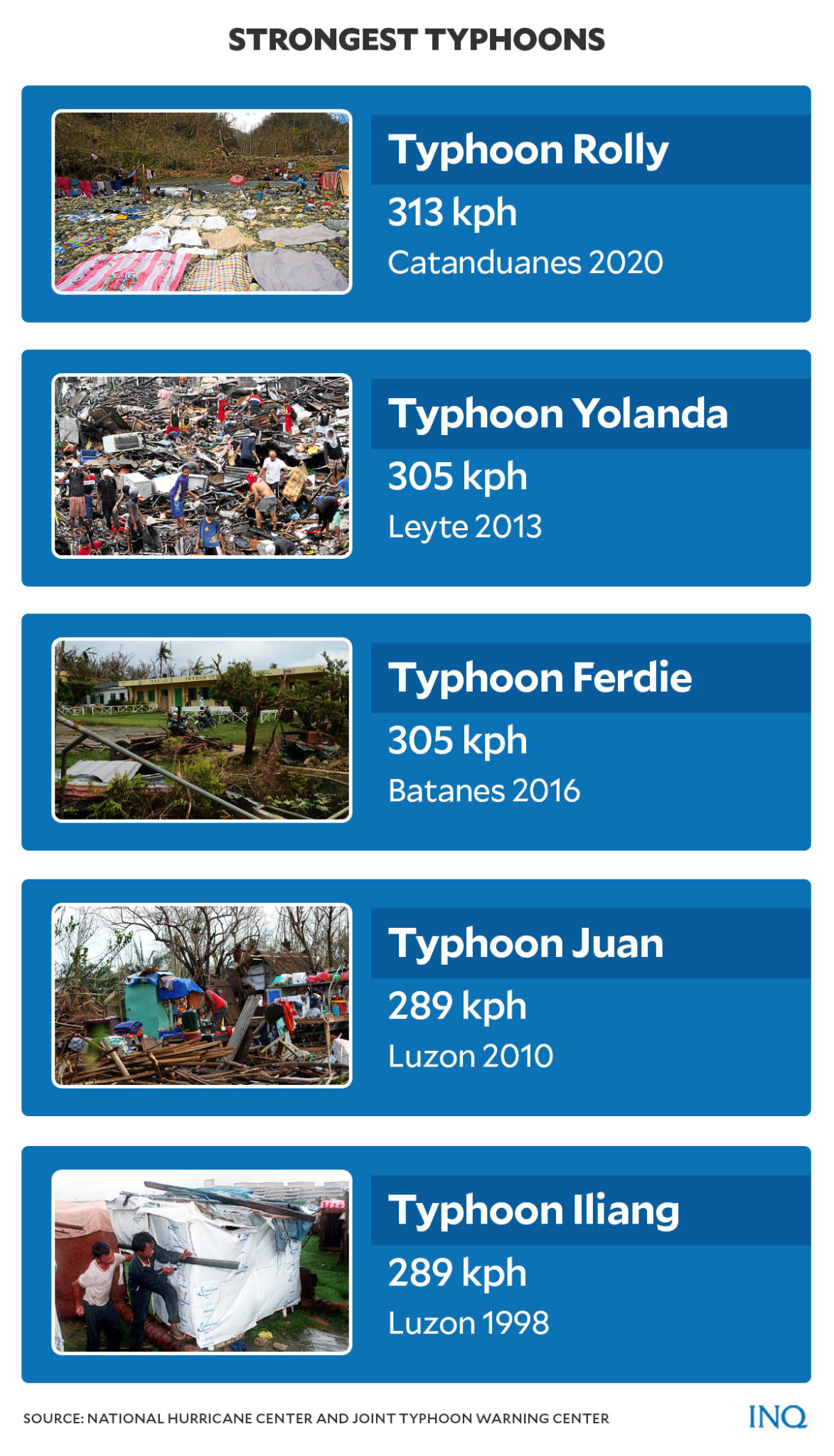 It explained that typhoons in the Philippines can reduce economic activity by an average of 1.7 percent in the year they occur.

“In the most severe cases, losses can be as high as 23 percent,” the ADB said, explaining that typhoons may cost a nation billions.

This was evident in how billions of pesos were lost because of typhoons that hit the Philippines with Yolanda leaving the biggest damage. 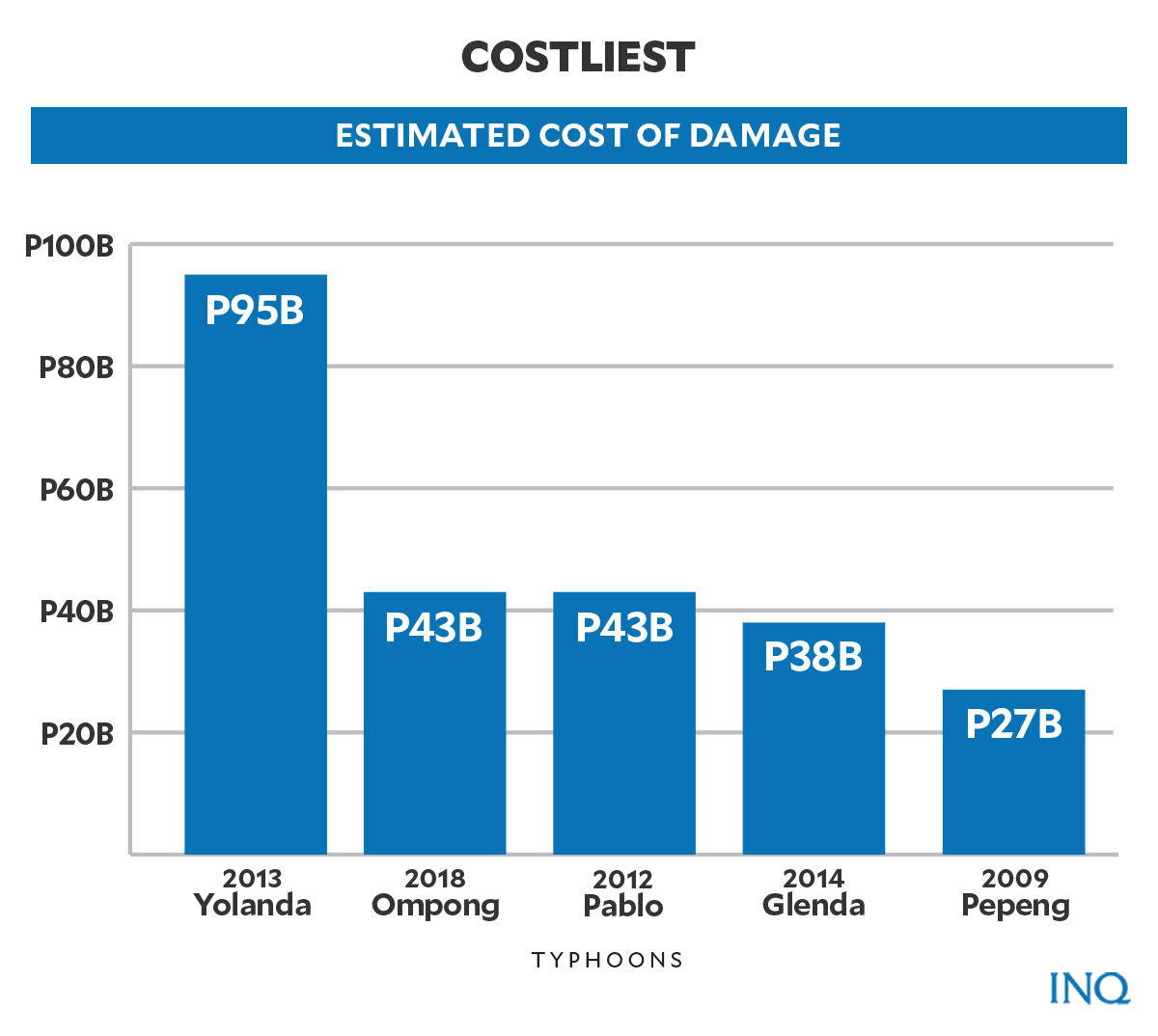 To identify how typhoons affect economic activity in the Philippines, the ADB employed nightlight imagery provided by the Defense Meteorological Satellite Program.

The ADB said nightlights provide data which can help identify “socioeconomic indicators” when no other reliable information exists.

“To this end, we used satellite-derived measures of nightlight intensity as measures of local economic activity,” the multilateral lender said.

It explained that it combined these with damages based on storm tracks, a wind field model and a stylized damage work.

The ADB found that typhoons with a return period of at least five years are likely to cause one percent “short-term” cut in economic activity.

In typhoons with a return period of at least 20 years, economic activity may be cut by at least two percent, saying that these “differ starkly” in regions.

The ADB said while the effects of typhoons in the Philippines were “often short-lived,” the continuation of the economy should not be viewed as resilience. 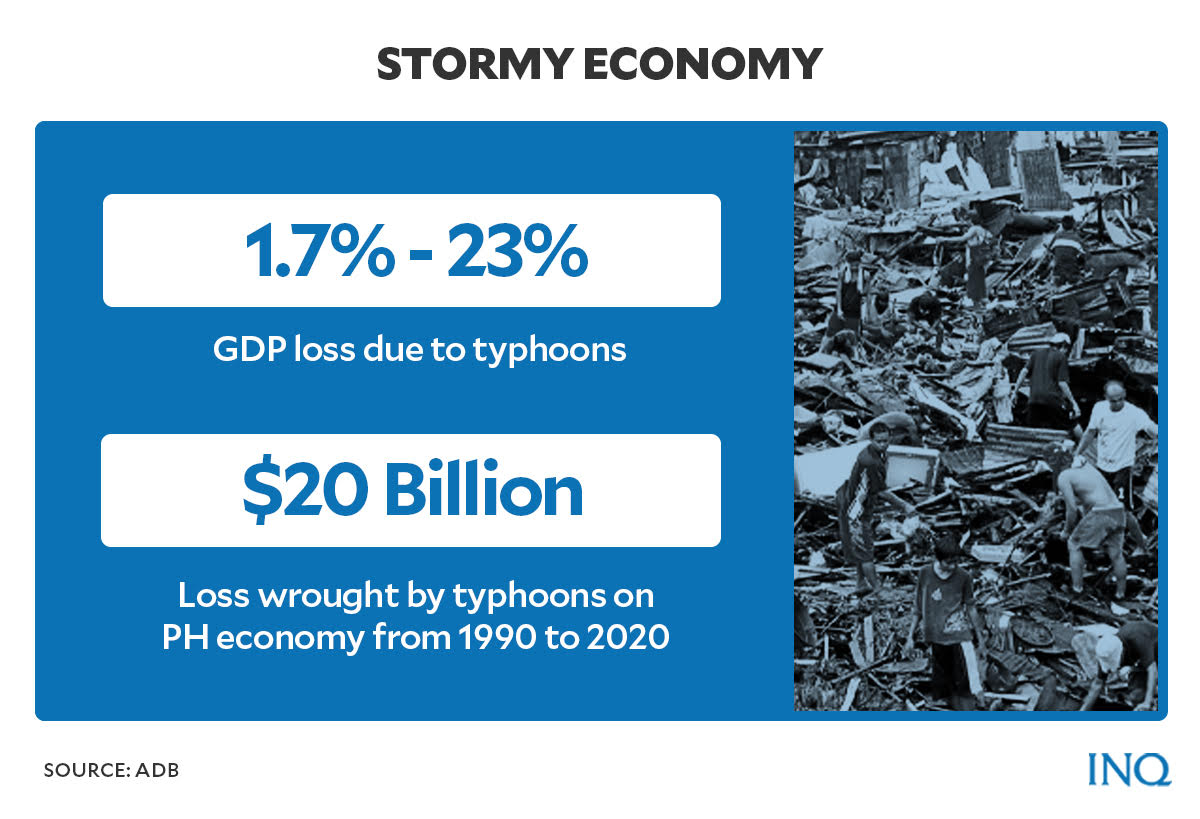 It said that if nothing is done except the “restoration of activity,” bringing back people to their homes would mean placing them back in the path of danger.

In the coming years, climate change is expected to worsen the intensity and impact of disasters, especially in places considered “at-risk.”

“Without preventive action, the havoc wreaked from the most severe disasters remain not just life-threatening, but also poverty-inducing,” said ADB.