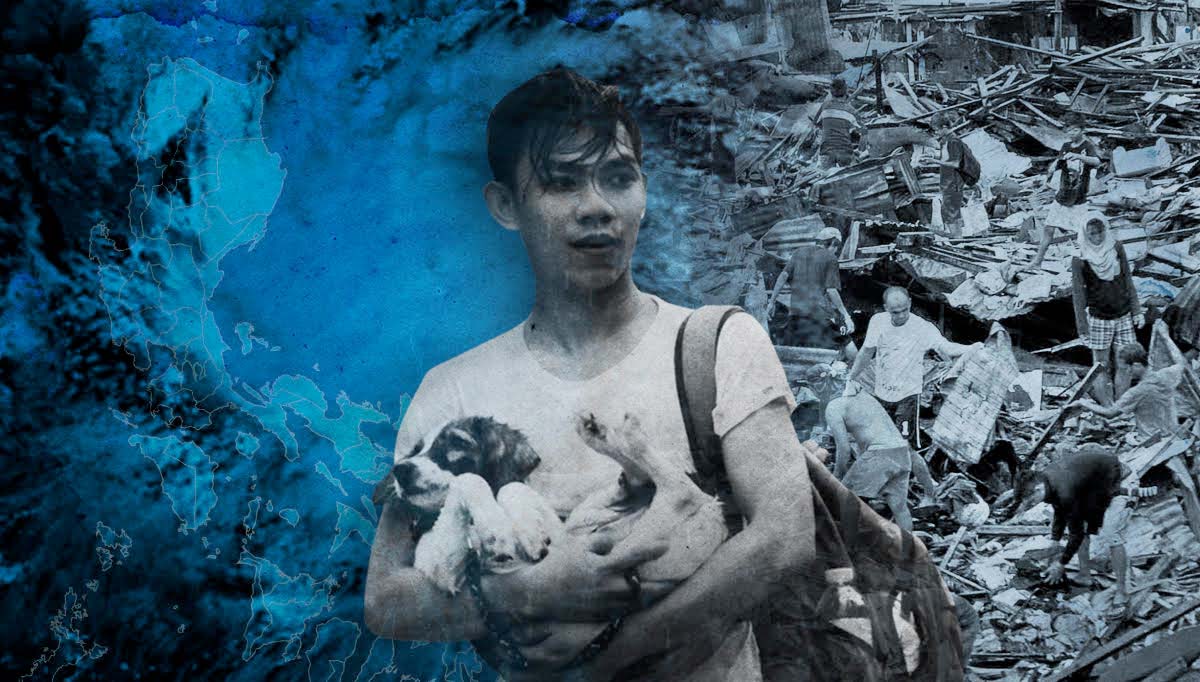 Over 20 years ago—when former President Fidel V. Ramos signed Proclamation No. 705, which declared Dec. 6 of each year as National Health Emergency Preparedness Day—injuries, trauma, and other health emergencies were among the 10 leading causes of deaths in the Philippines, accounting for one death every 22 minutes.

“Public health emergencies can arise from a wide range of cases, including outbreaks of contagious, life-threatening disease, natural disasters such as flooding and typhoon, and chemical contamination of the environment and radiation,” the World Health Organization (WHO) explained.

WHO added that during emergencies, large numbers of people may require medical attention, health care systems may be over-stretched and public order may be threatened.

As the Philippines continues to battle the impact of the SARS-CoV-2, the virus that causes COVID-19, lawmakers are pushing for the passage of a bill creating a medical reserve corps (MRC) to assist the Philippines’ health system in times of public health emergencies.

In this article, INQUIRER.net will explain the creation of the National Health Emergency Preparedness Day and House Bill No. 8999 or the proposed Medical Reserve Corps Act as well as give information on how to prepare for disasters and other health emergencies.

Injuries and health emergencies, according to Proclamation No. 705, should not result in death. Injuries, the proclamation said, should be recognized as a major public health problem that needs a comprehensive, multi-sectoral, interdisciplinary institutionalized public health response program.

It also said the mishandling of victims, misinformation, and delayed consultation can be more damaging than the injury itself.

How to prepare for emergencies?

The Philippines was described by the World Bank as “one of the most natural hazard-prone countries in the world.”

Due to the country’s geographical position, disasters like earthquakes, floods, typhoons and volcanic eruptions are common. 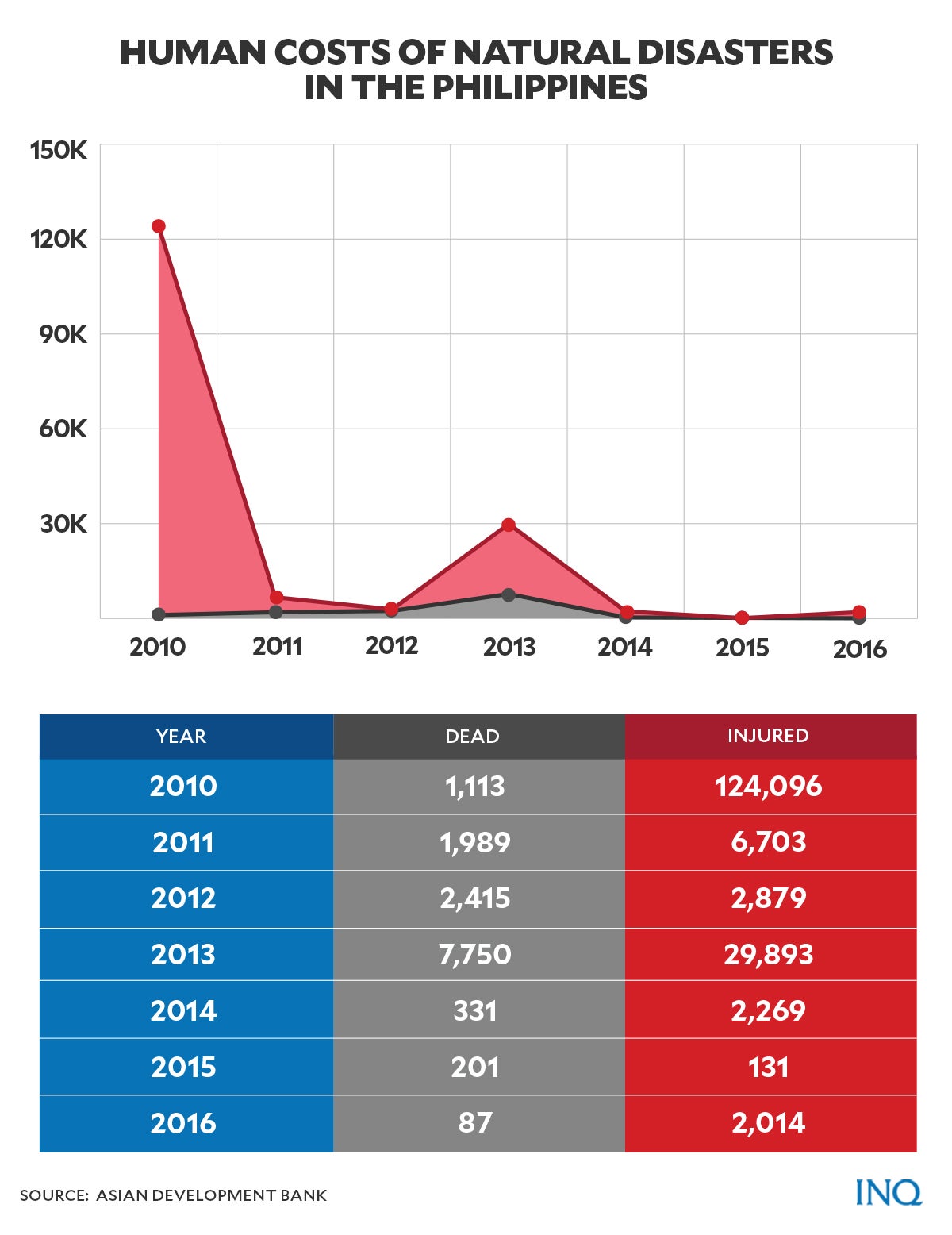 To help Filipino families stay safe and prepared for emergencies, the Unicef, National Nutrition Council, and Makati Medical Center have issued some tips and guidelines.

In case of emergencies or disasters, every Filipino or Filipino family should:

1. Plan with the family for every specific disaster

Teach each family member of the basic dos and don’ts when a disaster occurs. 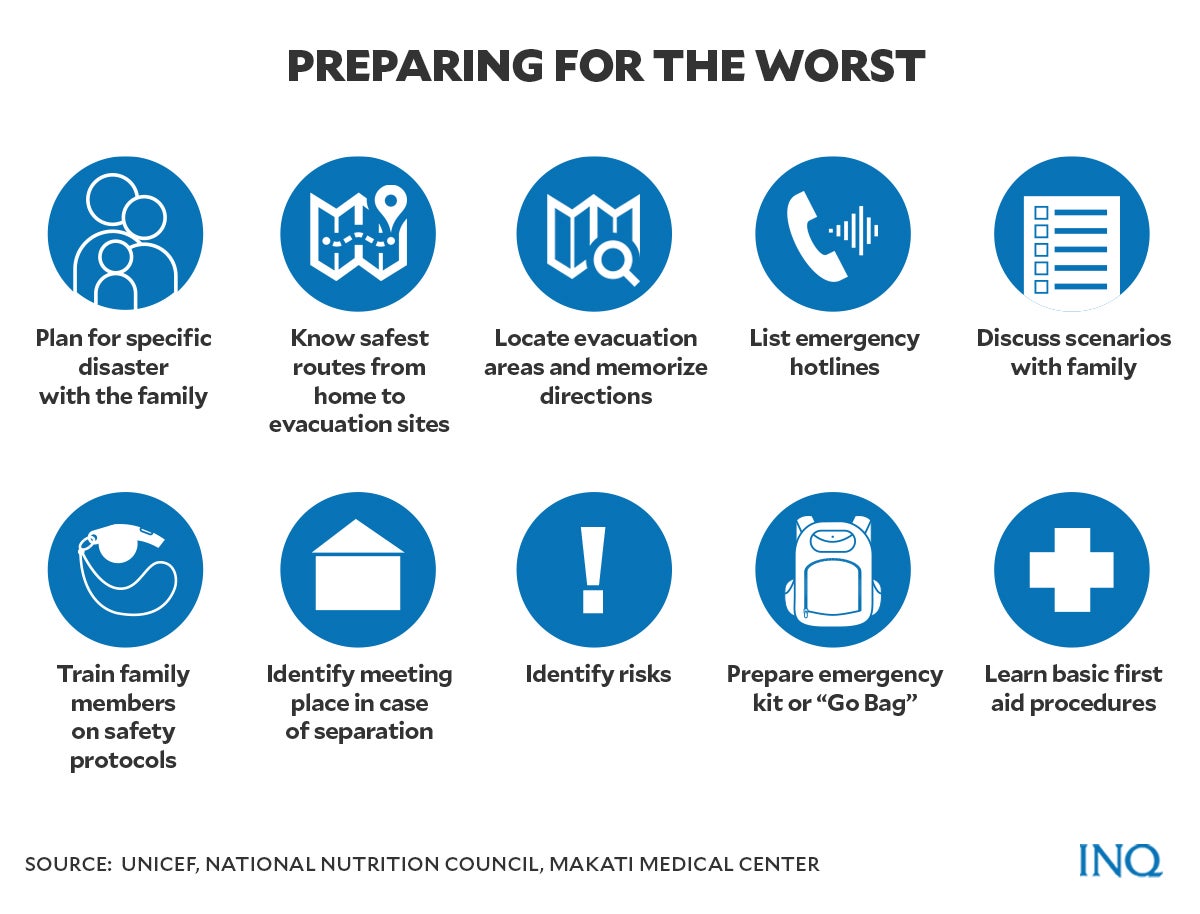 When planning for emergencies or disasters, an individual or a family should:

The Makati Medical Center (MMC) said individuals can reduce or prevent the risk of accidents and injuries by identifying objects or situations which can cause them.

“For instance, it is a must to be cautious of flying debris such as galvanized iron sheets during typhoons with strong winds.”

Families are advised to prepare and pack necessary items in case of emergencies in a waterproof bag. 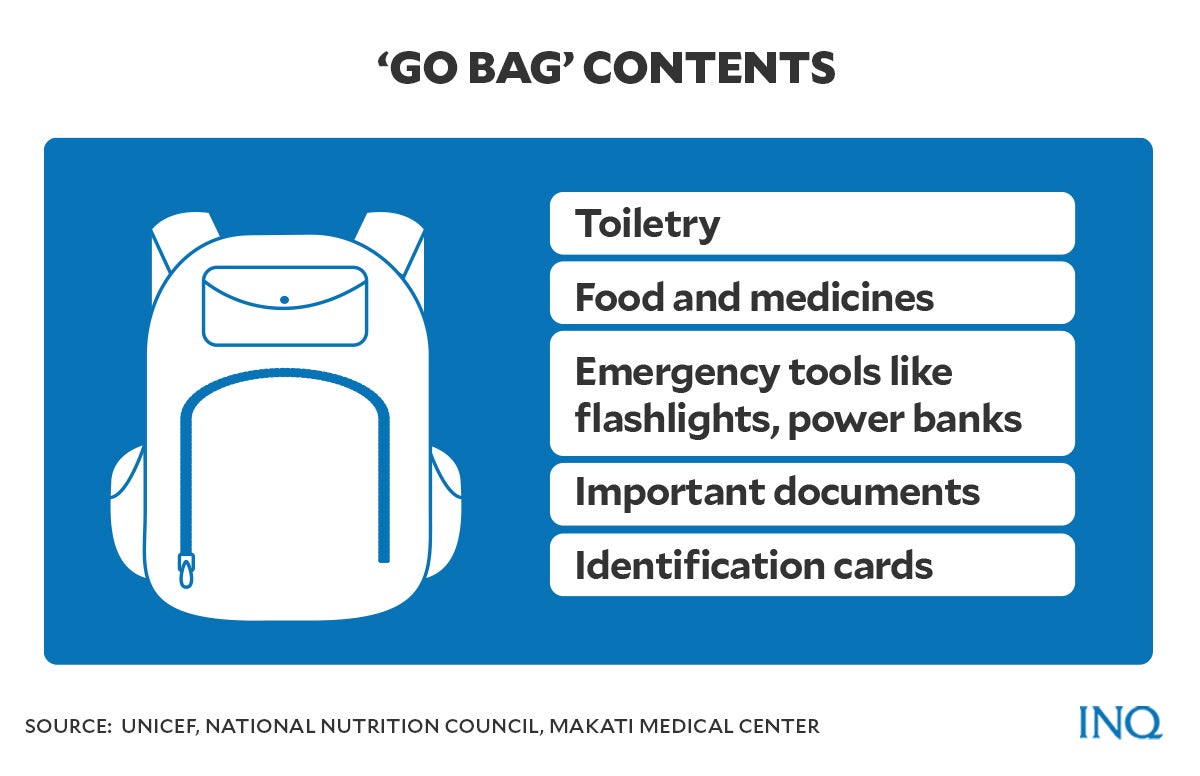 The emergency kits or Go Bags should include:

Be updated with news, announcements, or weather reports during emergencies.

In case of typhoons and volcanic eruptions, avoid going out unless absolutely necessary. This ensures safety and security from possible dangers that are likely to happen when exposed to the elements.

In a statement on Dec. 5, Anakalusugan Rep. Michael Defensor has called on the Senate to pass House Bill No. 8999 which seeks to create a new Medical Reserve Corps (MRC).

Defensor said the House bill is “absolutely crucial to enable the country to suppress future pandemics.” 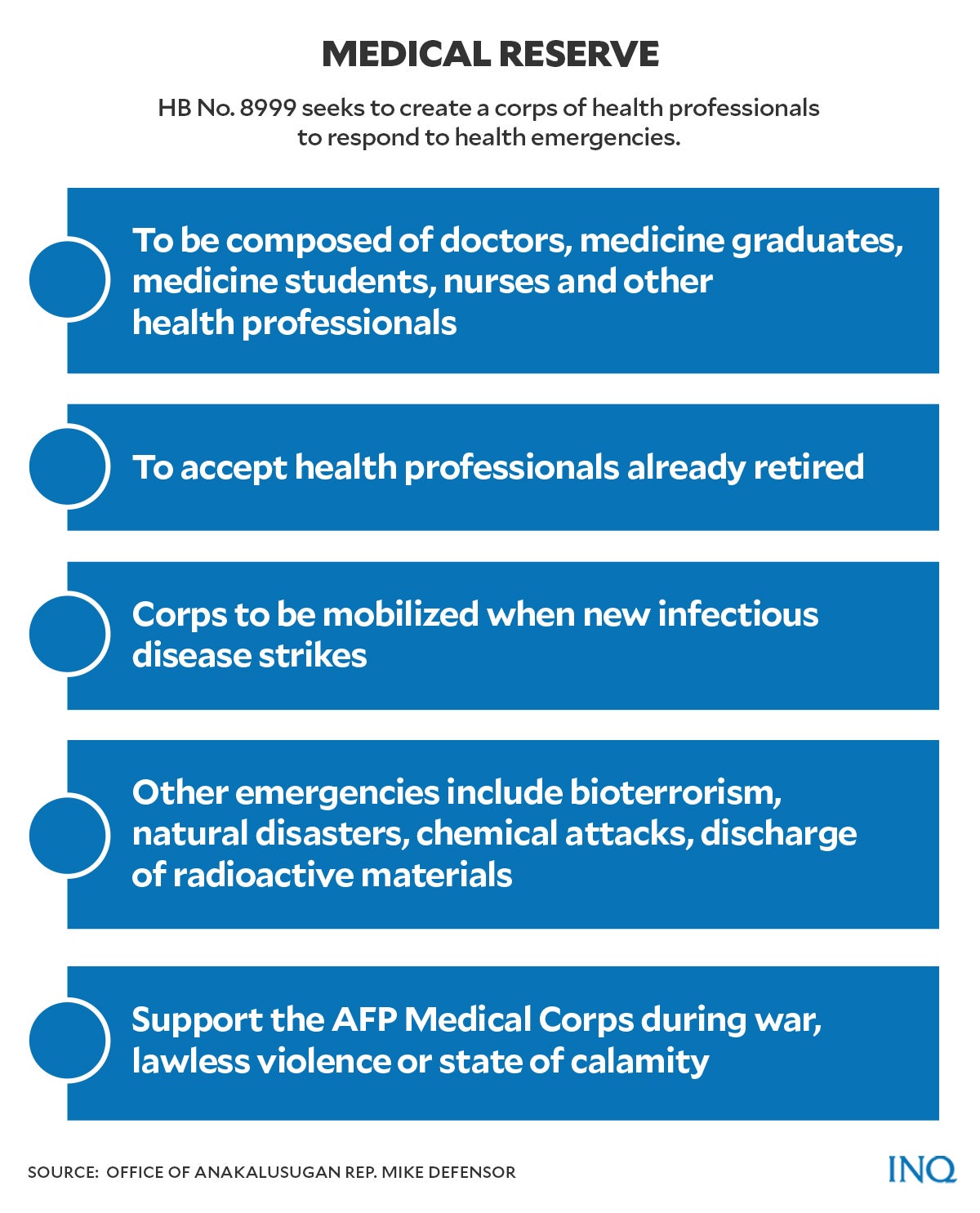 “We have to establish the MRC without delay to reinforce the country’s health system in times of public health emergencies, or severe health threats,” he said.

“The bill is already with the Senate, after the House approved it in March. They ought to pass the measure forthwith,” he added.

According to Defensor, the MRC shall be supervised by the Health Emergency Management Bureau of the DOH.

The bill also stated that the MRC shall be composed of licensed physicians, medical students who have completed four years of medical course, graduates of medicine, registered nurses and licensed allied health professionals who may be called upon to assist the national government, its agencies and instrumentalities, and LGUs.

Licensed physicians, medicine graduates, medical students, registered nurses and other allied health professionals who have retired and are no longer practicing in the hospital setting can also be part of the MRC.

“The MRC is expected to have mobilization centers in every province to accommodate members, their equipment, and supplies during deployment,” the lawmaker said.

In times of crisis or other public health crises, the AFP can also augment the MRC’s logistics and manpower.

The measure enlists the AFP to provide expertise on the organization of the MRC for efficient, effective, and swift deployment, as well as provide training to the recruits in disaster and emergency response.

The AFP shall also complement the MRC logistics and manpower for large-scale operations in times of disaster or other public health emergencies.

The bill also grants the President the power to mobilize the MRC nationwide in case of a declaration of a state of war, a state of lawless violence, or a state of calamity.

“MRC members who render service shall receive compensation, medical care, hospitalization and other benefits and privileges during deployment, as prescribed by law or regulation,” said Defensor.

“During deployment, corps members shall also continue to receive all their pay and perks from their regular jobs,” he continued.

The lawmaker said universities and colleges must also be required to annually transmit to the MRC a list of all their medical, nursing and other allied health program graduates to facilitate their enlistment into the corps.