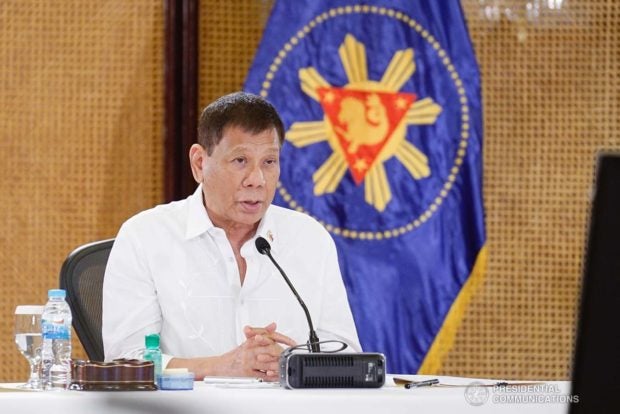 MANILA, Philippines — Beating the deadline for substitution, President Rodrigo Duterte on Monday filed his certificate of candidacy (COC) to join the senatorial race in the 2022 elections.

After his repeated claims that he has gone tired of politics and would seek retirement after his term in 2022, the President formalized his bid at the Commission on Elections main office in Intramuros, Manila City through Atty. Melchor Aranas, who filed on his behalf.

He will run under the Pederalismo ng Dugong Dakilang Samahan (PDDS), substituting for Liezl Visorde.

When asked who PDDS’ vice president would be, Belgica said that their party will announce it.

Meanwhile, he said that their party will discuss whether they would adopt Duterte’s daughter Davao City Mayor Sara Duterte-Carpio as vice president.

Duterte, on Sunday, said that he may seek for the country’s second highest position to show his dismay over the vice presidency run of his daughter, Davao City Mayor Sara Duterte-Carpio.

The older Duterte was skeptical about Duterte-Carpio’s decision to seek the vice presidency when surveys show that she was leading among potential presidential candidates.

Duterte-Carpio was adopted by the Partido Federal ng Pilipinas (PFP), the political party of presidential aspirant and son of late dictator Ferdinand “Bongbong” Marcos Jr. as his running mate.

However, former presidential spokesperson Harry Roque, in an ambush interview after his COC filing for senator, hinted that the father and daughter would not compete for the same post.

Duterte announced in October that he will retire from politics.