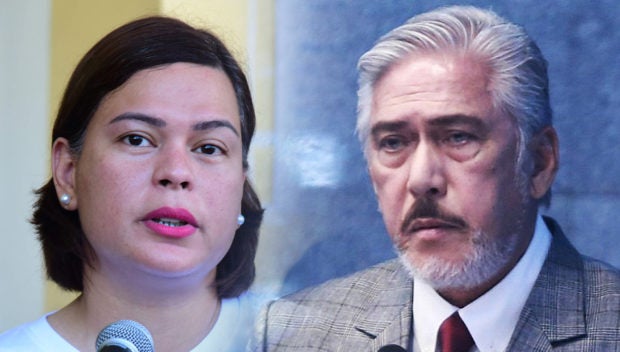 According to Pulse Asia, Duterte-Carpio is the most preferred candidate for president with 20 percent of Filipino adults expressing support for her during the survey period from September 6 to September 11, 2021.

Duterte-Carpio maintained her lead in the presidential race despite a decrease in her rating which was at 28 percent in the Pulse Asia’s survey conducted in June.

She has announced she will not vie for the presidency.

For the potential vice president, Sotto became the top choice with 25 percent of Filipinos surveyed expressing support for his candidacy.

President Rodrigo Duterte trailed behind Sotto with 14 percent, followed by Moreno and Marcos with 12 percent each, and Pacquiao and Senator Christopher “Bong” Go with 7 percent each.

Duterte dropped to second place from the previous Pulse Asia survey results where he was the leading vice presidential candidate with 18 percent rating. Sotto was only third in the previous survey with a rating of 10 percent.

The nationwide survey was based on face-to-face interviews of 2,400 adult Filipinos or those aged 18 and above. It also used a ± 2% error margin at the 95% confidence level.

Read Next
Puppet makes cross-Europe trek to support child refugees
EDITORS' PICK
DOTr to defend proposal to increase passenger capacity in public transport
Work-From-Home is here to stay and requires reliable logistics
USAID Opportunity 2.0 calls for applicants for grants for out-of-school youth engagement
Oops! DENR clarifies only kids aged 11, below not allowed in dolomite beach
PSA: Fewer births, more deaths logged from Jan-Aug 2021 than same period in 2020
Legarda emphasizes role of ICC/IPs in nation building this IP month
MOST READ
Martires asks why he is being singled out over issues on releasing SALNs
AC Bonifacio’s dance cover of Lisa’s ‘Money’ leaves original choreographer ‘mind blown’
Isko to critics after remarks vs Robredo: I’m sorry, this isn’t about Mr. Congeniality
Bongbong says PH should modernize infrastructure to become Asia’s next logistics hub
Don't miss out on the latest news and information.