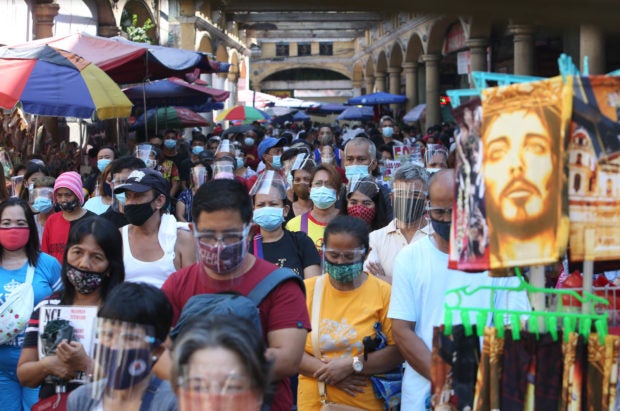 FILE People gather outside the Quiapo church in Manila for the first Friday mass in September in 2020. INQUIRER file photo / MARIANNE BERMUDEZ

PopCom executive director and Undersecretary Juan Antonio Perez III said that while increasing population means more human resources to help the country progress, it could be a bane if citizens are not nurtured and equipped with the necessary skills needed.

“The steadily growing population implies the need for more resources and opportunities for development to ensure the wellbeing of all Filipinos,” Perez said in a statement.

“While it denotes increasing human resources that can contribute to the socio-economic development of the country, it also calls for actions from governments at all levels to intensify their initiatives to ensure that all Filipinos are healthy, educated, resilient, and able to contribute to national development,” he explained.

PopCom’s concerns come after President Rodrigo Duterte issued Proclamation No. 1179, declaring the country’s population at 109,035,343 as of May 1, 2020, while citing data from the Philippine Statistics Authority’s (PSA) census.

Such results, Perez said, only emphasize the need to put citizens at the center of the country’s programs.

“The results of the 2020 Census further imply the continuing relevance of population and development programs that aim to put people at the center of development,” he noted.

The PSA census confirmed the United Nations Population Fund (UNFPA) data presented by the annual State of World Population (SWOP), which said that the Philippine population was at 109.5 million.

Though it represented a lower growth rate of 1.4 percent — compared to 2019’s 1.6 percent — it was still regarded as one of the highest in Southeast Asia.

PopCom echoes this sentiment, saying that the lower population growth rate does not entirely reveal the whole picture, as there are areas with a slow growth while there are sectors whose population increased exponentially.

“[…] There are some areas such as the Bangsamoro Autonomous Region in Muslim Mindanao (BARMM), Central Luzon, and CALABARZON that continue to see a significant increase in population,” PopCom said.

The Commission also relayed that the biggest increase, in terms of regional allocation and in terms of absolute numbers, was recorded in Calabarzon with an additional 1,780,268 persons since 2015.

However, PopCom also mentioned some gains and improvements, like the 0.50 PGR for Eastern Visayas, which was the lowest among all Philippine regions, and Cordillera Administrative Region’s 0.91% PGR was good for second.

The National Capital Region, one of the world’s most densely populated metropolitan areas, was third in terms of lower PGRs, at 0.97. 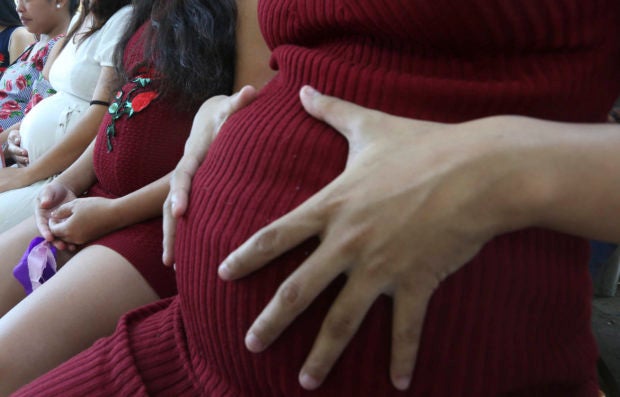 While the lower growth rate may be attributed to the modern Filipino’s preference for smaller families, coupled with reproductive health measures, Popcom says that it is still important to address these issues.

“Achieving the country’s demographic dividend—or the opportunity to optimize the increasing proportion of the working age population in the next few years, with its closing window—will entail much work, especially in the time of Covid-19,” Perez said.

“As the government’s lead agency in implementing the upcoming Philippine Population and Development Program or PPDP, POPCOM continues to seek their invaluable support to help us advance our population strategies in the attainment of more resilient communities, and an improved quality of life for every Filipino family,” he assured the public.

Last June 30, PopCom thanked President Duterte for signing Executive Order No. 141, which considers preventing teenage pregnancy as a national priority.  According to PopCom, it would mandate agencies to work together in solving the issue.

With EO 141 declaring the issue of teenage pregnancies as a national priority, the government is tapped to mobilize mechanisms and practical solutions against teenage pregnancy, like implementing a comprehensive sexual education, creating employment opportunities for young people, and promotion of reproductive health infomercials through mass media and new media channels.