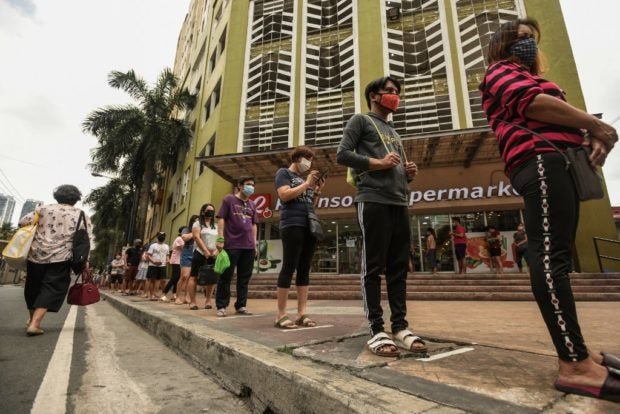 Shoppers stand apart as social distancing measures, amid concerns of the COVID-19 coronavirus, while queueing outside a supermarket in Manila on March 17, 2020.  (Photo by Maria TAN / AFP)

MANILA, Philippines—The Philippines’ population grew by a slower rate of 1.4 percent every year from 2015 to 2020 but still among the highest in Southeast Asia and higher than economic powerhouses United States and China. 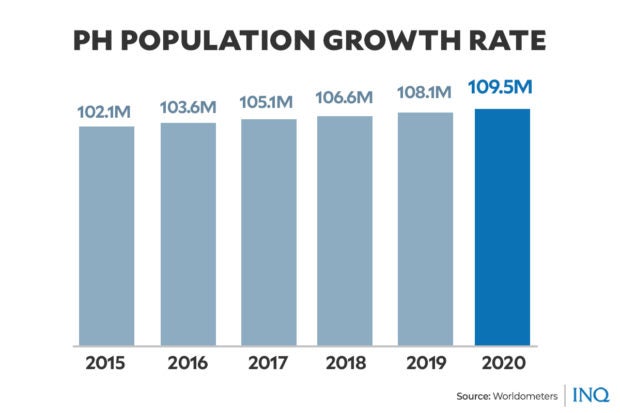 The population growth rate of 1.4 percent, according to data from the United Nations Population Fund (UNFPA), was slightly lower than the rate presented by the annual State of World Population (SWOP), which was 1.6 percent in 2019. 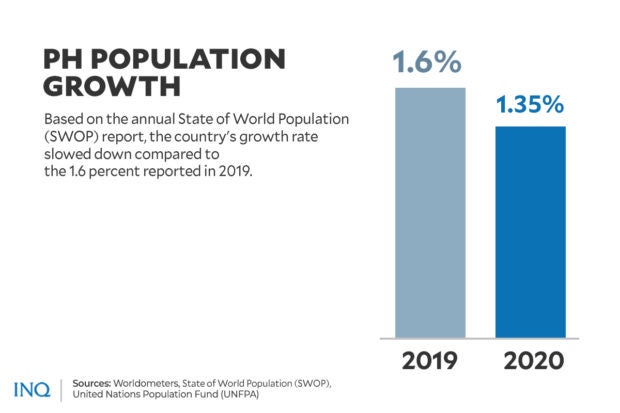 The Philippines’ annual population growth, however, is still faster than those of India (1 percent), United States (0.6 percent), and China (0.5 percent).

The UNFPA report also said the Philippines’ population grows at a rate that is among the fastest in Southeast Asia along with that of Cambodia and Laos, which reported annual population growth of 1.5 percent. 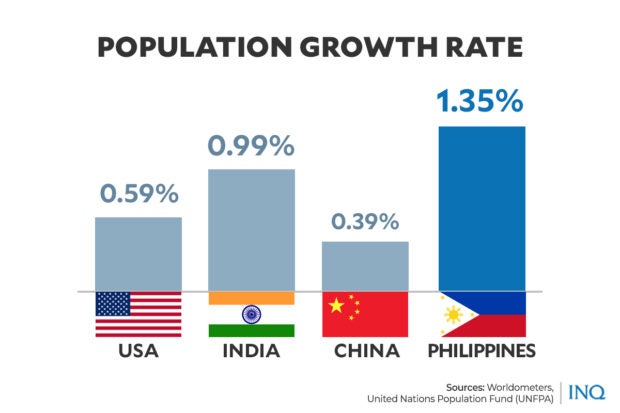 A country poorer than the Philippines, the Democratic Republic of Timor-Leste, had the fastest population growth in the region—1.9 percent.

Only 5.7 percent of the country’s total population is 65 years or older.

According to the same report, the life expectancy of Filipinos continued to improve from 66 and 73 percent for men and women in 2020 to 68 and 76 percent in 2021.

The Commission on Population and Development (Popcom) had estimated that the Philippine population might inflate this year from 110 million to 111.1 million due to unintended pregnancies believed to have been the consequence of stay-at-home conditions during the pandemic.

The UNFPA also found in a report in June 2020 that around 2 million babies are expected to be born this year despite the pandemic.