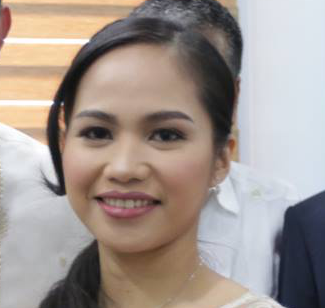 In a House budget hearing on Thursday, Commission on Elections (Comelec) Chair Sheriff Abas revealed that the poll body’s en banc granted the issuance of certificate of proclamation (COP) to Ducielle two weeks ago.

The COP is needed to allow the first nominee of a winning party-list group to take his or her oath as the official member of the House.

So, who is Ducielle Suarez Cardema?

The 30-year-old Ducielle is initially the first nominee of the Duterte Youth, or specifically, the Duty to Energize the Republic through the Enlightenment of the Youth Sectoral Party-list Organization.

But it was on May 12 last year, when Ronald filed an application to substitute his wife as the first nominee of Duterte Youth. This followed after Ducielle along with other nominees withdrew their nominations for the youth partylist group.

Duterte Youth won a seat in Congress but it did not have a representative during that time because of pending resolutions questioning the eligibility of its nominees.

Later on, the Comelec 1st Division dismissed the nomination of 34-year-old Ronald as the first nominee for Duterte Youth because he was overaged.

Under the law, nominees for youth sector representatives must be aged between 25 to 30 years old.

A day after Ronald was disqualified, the party-list group refiled a list of nominees but placed the ex-NYC chair as the first nominee, followed by Ducielle.

Subsequently, Ronald asked to withdraw his nomination as the party’s first nominee which was accepted by the Comelec en banc.

Previously, an emotional Ronald revealed that he eyed to become a substitute for his wife, whom he said was hospitalized while being four months pregnant.

Ronald feared that Ducielle’s hospitalization may lead to miscarriage.

Despite the pending proclamation, Ducielle’s party-list is still facing a case that challenges the registration of Duterte Youth.

Elago said the case on Duterte Youth’s registration in the 2019 elections must be resolved first.

“This raises serious concerns on the legitimacy of DY participation in the 2019 polls since publication is a mandatory req’t for registration in the Constitution. This should be resolved first otherwise it would be illegal and unconstitutional to proclaim a nominee of a nonentity,” she said.