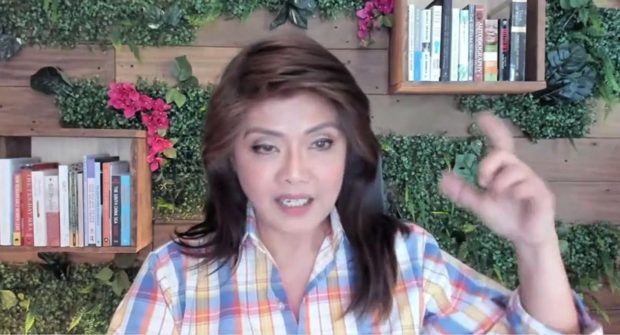 MANILA, Philippines — Senator Imee Marcos on Thursday lamented the P600-million budget cut suffered by the Sandiganbayan, saying the caseload of the anti-graft court is ballooning.

During the Senate deliberations on the proposed P43.54 billion budget of the judiciary for 2021, Marcos pointed out that the proposed funding for the Sandiganbayan was cut by the Department of Budget and Management (DBM) by 32 percent as compared to its budget in 2020.

“Their caseload clearly hasn’t been reduced by a third. To all my colleagues in the Senate, siguro dapat tulungan natin ang Sandiganbayan, hindi naman ata tama ‘yan,” Marcos, whose family has been subjected to investigations conducted by the anti-graft court, said.

Sandiganbayan Presiding Justice Amparo Cabotaje-Tang told senators that no reason was given by the DBM as to why it reduced the court’s budget.

“The DBM has reduced our proposed budget by almost P603 million. There was no reason given, actually. We submitted our budget proposal and they came up with the [National Expenditure Program],” she said.

When asked by Marcos if the Sandiganbayan has already appealed to the DBM to restore the reduced budget, Cabotaje-Tang said they sent a letter to the department last July 20 but they have yet to receive a response.

“We sent them a letter…requesting for a reconsideration of the amount that was substantially reduced,” the justice said.

“Based on experience, DBM does not normally reply to a motion for reconsideration that was filed,” she added.

Upon hearing this, Marcos said the DBM seems to be “superior to all the courts.”

Senator Sonny Angara, who presided over the Senate hearing, agreed with Marcos.

It was also learned during the Senate hearing that no funding for the salaries of judges-at-large was included in the judiciary’s proposed 2021 budget.

This was brought up after Senate Minority Leader Franklin Drilon asked Supreme Court Chief Justice Diosdado Peralta if the law allowing the appointment of judges-at-large is “being implemented and if there is a budget for this.”

The chief justice said that in the 2020 budget, there was funding for the salaries of 50 judges-at-large but none was included for next year.

Angara noted that the Senate had “inserted” P126.47 million in the 2020 budget for the said purpose.

“Apparently, it is not [included] in the 2021 budget. I think they (judiciary) are turning to us once more and I’m sure we are looking favorably upon it,” Angara said.

Drilon, likewise, said: “I think we should make sure these are not budget items that the judiciary should not plea for because this is a matter of right.”

“They are entitled to this. Hindi naman tama ‘yan because that is part of the fiscal autonomy outlined in our constitution that we would be violative of the Constitution,” the minority leader, a former justice secretary, added.