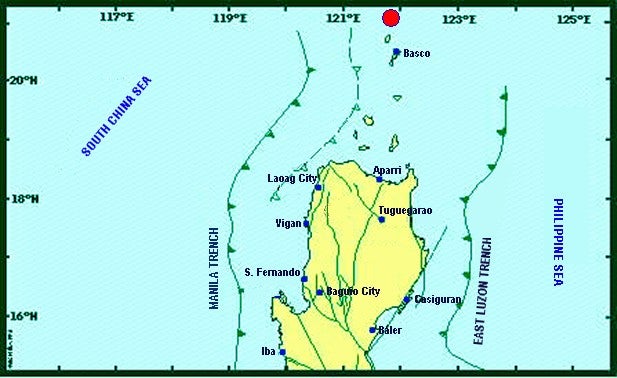 In an earthquake bulletin, Phivolcs said the tremor was centered 22 kilometers southeast of Itbayat, Batanes at 6:11 p.m.

The earthquake, which had tectonic origin, had a depth of one km.

It was felt at Intensity III in Itbayat and Basco, Batanes.

Phivolcs initially placed its magnitude at 4.9.

Phivolcs said this was an aftershock of the 5.9 magnitude earthquake that hit the town at 7:37 a.m. today.