BASCO, Batanes/Manila — Nine people were killed and 60 others injured when a series of earthquakes struck Itbayat town in Batanes early Saturday, toppling historic buildings and limestone houses and driving terrified locals into the streets.

Residents were roused from sleep by the first tremor, which occurred at 4:16 a.m. with a magnitude of 5.4, followed just under four hours later by a second, stronger jolt, measuring 5.9.

A third earthquake hit off Basco at 9:24 a.m. with a magnitude of 5.8 while a weaker 4.9 tremor was recorded by the Philippine Institute of Volcanology and Seismology at 6:11 p.m.

The quakes collapsed homes of stone and wood, said Roldan Esdicul, who heads the Batanes provincial disaster-response office. Footage showed people clearing boulder-size stone bricks to pull out one body from the rubble.

The 19th-century Sta. Maria de Mayan Church in Itbayat was severely damaged by the pre-dawn tremor. Its bell tower was toppled by the second quake. 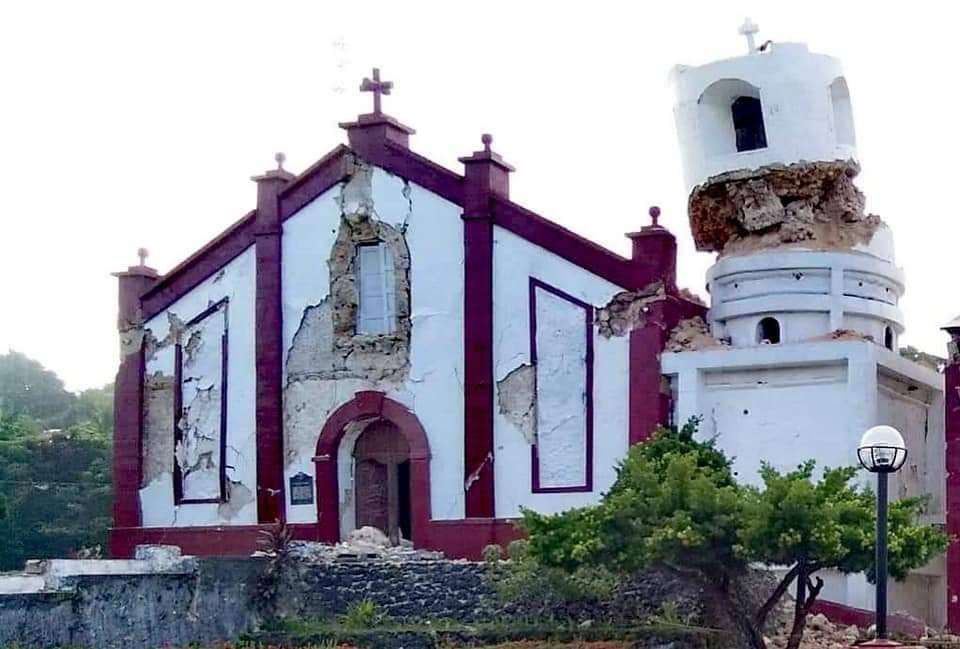 Authorities said some of the dead, including two babies under a year old, were crushed by the walls of their own homes.

“We saw houses shaking. Some of the walls of the houses collapsed and fell on the victims,” Police Sergeant Uzi Villa told AFP.

“Some people died because they were sleeping soundly since it was still early,” he added.

Itbayat Vice Mayor Ronald Gutierrez earlier told INQUIRER.net in a phone interview that the casualties were recovered from a building that collapsed.

Gutierrez said the injured people were being treated inside tents set-up at the town’s plaza as the Itbayat District Hospital also sustained damage, prompting patients to be evacuated and brought out in the open with dozens of injured quake victims.

Some were later crammed into a basketball court with a roof due to heavy rains, Esdicul said.

The casualties were brought to the town’s covered court.

On hard-hit Itbayat island, school teacher Agnes Salengua-Nico said she and her husband woke up horrified with the ground shaking and a cabinet crashing to the floor. Their house withstood the shaking but others in the neighborhood crumbled, pinning residents inside, she said.

“We’re out now in the farm with our three pigs because we’re very, very scared of the aftershocks,” she told AP by phone, her voice trembling shortly after the ground shook again.

More than 2,000 residents of Itbayat — nearly all of the island’s population of mostly fishermen — were advised not to return to their homes and stay in the town plaza as successive aftershocks shook the region, Esdicul said. 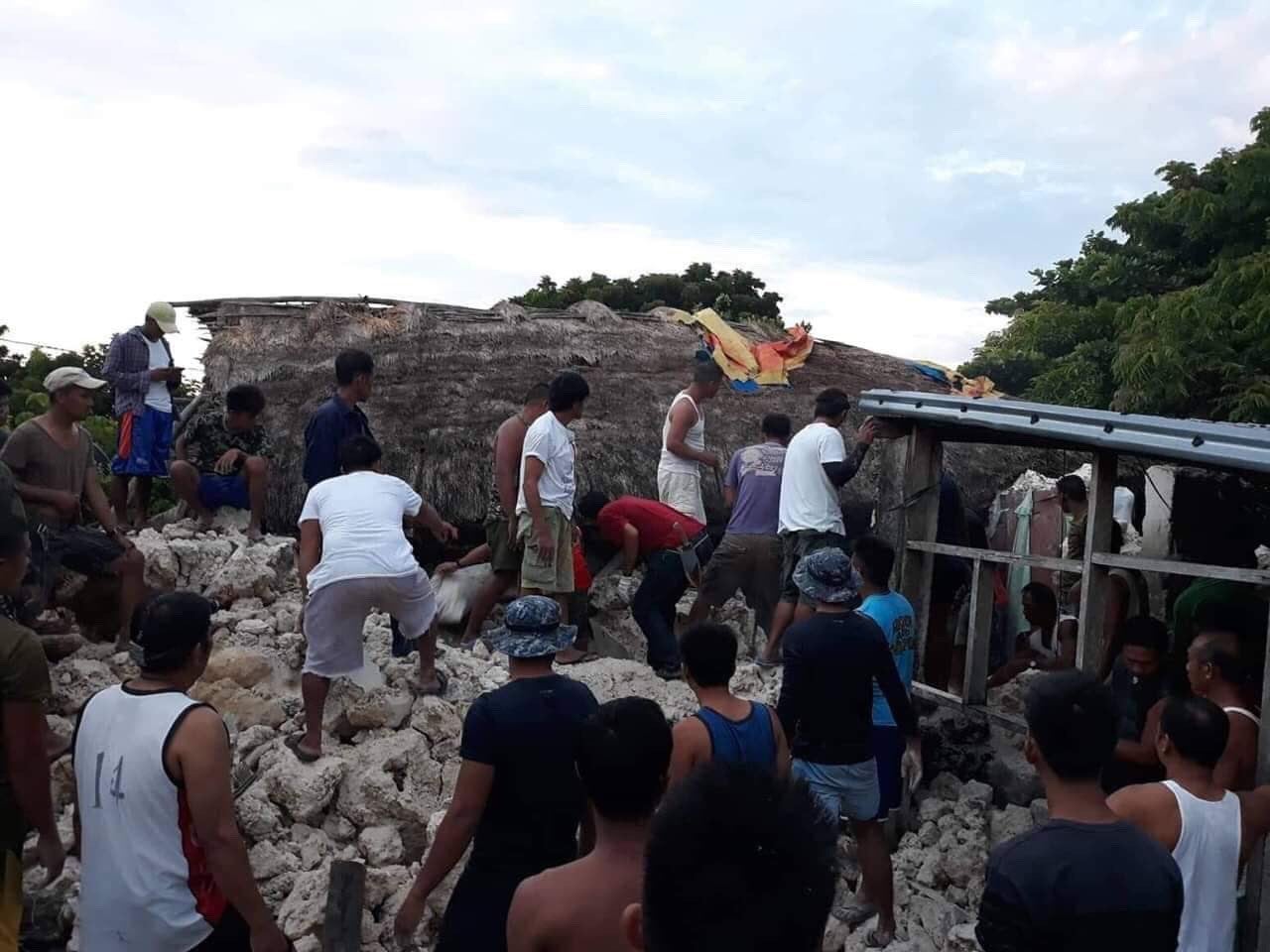 Esdicul said he was already in his office with the provincial governor when the second and more powerful quake struck about three hours after the first shock. “We have to hold on because you can’t stand or walk. It was that strong,” he said.

Seven of those injured who sustained serious fractures were airlifted out of Itbayat to a bigger provincial hospital, he said.

Volunteers dug through the rubble left when the temblor destroyed houses,  according to Josefa Ponce, secretary of the Itbayat municipal council.

USGS data shows that there has been a build-up of tremors beginning on July 19 with a 4.5 quake 100 km north of Itbayat, and a 4.9 temblor west of Itbayat on July 22. It says a  4.9 magnitude rocked the islands  106 km east of Basco on July 23 while 4.6 intensity quake was recorded 122 km Southwest of Hengchun in Taiwan.

Itbayat, part of the country’s northernmost Batanes Islands, has a population of about 2,800 people and lies in the Luzon Strait that separates the Philippines and Taiwan. The islands are famous for their tiny ancestral stone houses with coral walls and cogon grass roofs and are often lashed by seasonal typhoons.

Batanes is pounded every year by tropical cyclones and typhoons that blast through the Philippines and homes are built of stone to survive the annual onslaught.

“We always experience typhoons so houses here are made to withstand strong winds,” de Sagon said. “But we were not prepared for earthquakes such as this.”

The Philippines is part of the Pacific “Ring of Fire”, an arc of intense seismic activity that stretches from quake-prone Japan through Southeast Asia and across the Pacific basin.

The country’s most recent deadly quake occurred in April when at least 11 people were killed and a supermarket collapsed in a 6.3-magnitude tremor that hit parts of Luzon. With reports from Juliet Cataluna, contributor /dm