A dog was able to prevent a fire from harming his owners by waking them up before things could take turn for the worse.

A house in Texas, USA, caught fire last June 26 while Bryan DuBose and his wife were asleep inside. The couple was only able to escape the tragedy after their rescue dog Xena had warned them of the situation. 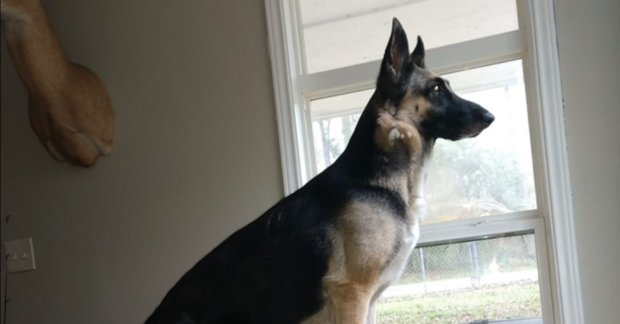 According to Dubose’s post on Facebook on June 28, he noticed the fire consuming his house only after the dog had left her kennel, jumped onto their bed and started nudging him in an attempt to awaken him.

“At that point, I was sadly aggravated with her so I sit up on the side of the bed and was hit, with a face full of hot smoke and gases,” he said.

As I sit here still pondering the events that happened over the last 48 hours, I have to say it's by God's grace and a…

When his wife woke up, he asked her to call 911 to report the incident. DuBose tried to save the house from the fire, but it was already too big for him to handle.

“The fire just blew out, I had to fall back, I failed!” he recalled.

He stated that he had to crawl while the fire was traveling over his head as he made his way to safety. The fire continued for 30 minutes after DuBose, his wife and Xena were able to escape, burning most of their belongings.

Members of the community DuBose resides in have started an online fundraiser for him and his family. The initiative has generated nearly $5,000 (about P256,000) as per ABC-affiliate KTRK-TV last Wednesday, July 3.

“The public outpouring and the people that have contacted us, I couldn’t ask for any more of God’s grace,” DuBose was quoted as saying.

The fire marshal believes the fire stemmed from a faulty surge protector, according to the report.  Ryan Arcadio /ra