A group of young church members were forced to change their plans of de-stressing with board games when a fire broke near their area in Melbourne, Australia.

The youth group became unexpected heroes when they helped evacuate residents of a nursing home that was in the vicinity of the fire last Sunday, June 30, as per The Sydney Morning Herald today, July 1. 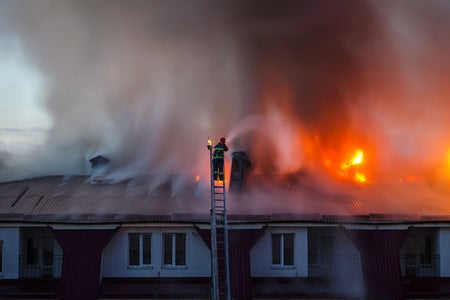 The group was staying in the Murmumbeena Uniting Church when their youth pastor, Kelly Skilton, smelled smoke at around 7 p.m.

Minister Jay Robinson said in the report that the members in the church saw the fire coming from a house behind a nearby shop, and called 000, the emergency telephone number of Australia.

Metropolitan Fire Brigade rescuers arrived within seven minutes after the call, to find the back end of a house fully engulfed in flames. The fire was brought under control in about 15 minutes.

As per report, the group spent 20 minutes helping the fire department evacuate 25 residents from the Spurway Community nursing home to bring them inside the church.

“They called me in, but by the time I got there they had found blankets, were serving tea and coffees, water, having conversations and making them as comfortable as they possibly could,” Robinson was quoted as saying.

The young church members took care of the senior citizens for around one hour, until it was safe for them to return to the nursing home.

Authorities have yet to discover what caused the fire and further investigations are still ongoing. JB