Chinese men who joked about explosives in train cause mini-stampede; detained 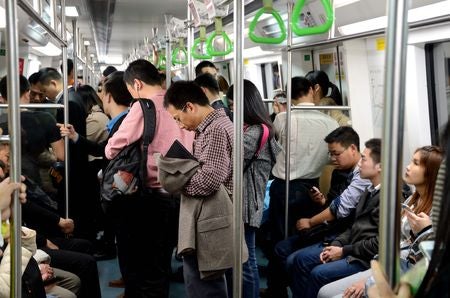 Three men who pranked passengers about “landmines” in a Shenzhen train in China ended up getting detained by authorities.

A footage showed passengers in a mini-stampede after two young men ran through the train, warning them about “landmines,” as per the South China Morning Post on May 20. The incident, which occurred last Friday, May 17, saw the passengers vacate at the next stop and the train taken out of service for inspection.

The two men were identified as a 24-year-old surnamed Xiang and a 20-year-old named Wu. An unidentified third man was also detained.

As per the report, Xiang and Wu did the prank with the intention to record it and share the video online. Thus far, it is unknown how long the men will be in custody. No injuries were reported from the incident.

Meanwhile, the Shenzhen Public Security Bureau’s public transport branch reminded the riding public to keep calm during emergencies and stressed that the subway is a public place with heavy ingress and egress of passengers.

They also vowed the men will be handled in strict accordance with the law if authorities determine there is illegal conduct.  Cody Cepeda /ra