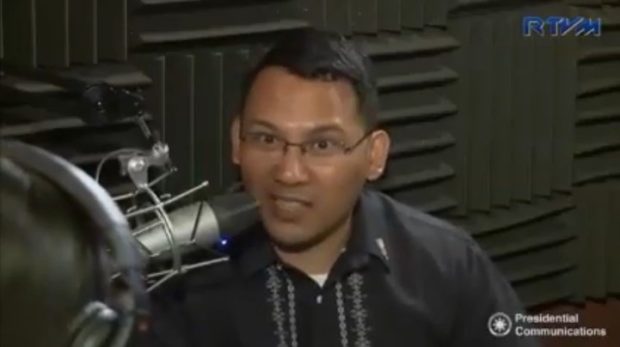 MANILA, Philippines — Members of the House Makabayan opposition bloc have ganged up on Former National Youth Commission (NYC) chair Ronald Cardema amid his attempt to replace his wife and become the first nominee of the Duterte Youth party-list.

Casilao, for his part, cautioned the resigned NYC chair from being one of the President’s rubber stamps in the lower chamber.

Castro meanwhile lamented how Cardema repeatedly vowed to represent Duterte and his administration.

In a statement, Cardema vowed to “crush” the progressive party-lists when the Comelec allows his substitution.

He also maintained that he filed proper documents for substitution on time and that he is “qualified to represent the Duterte Youth Party-List and the Filipino People who voted for us.”

“Inside Congress, Duterte Youth is now ready to fight the Makabayan Bloc and defend the Government, our Government Troops, & the majority of the Filipino Youth, against all those radical leftist party-lists in Congress whose main goal is to bring down our Government,” Cardema added.

The Makabayan group also vowed to file charges against government officials who led the vilification campaign against them. Among those, they said, were Philippine National Police chief Director General Oscar Albayalde and Armed Forces of the Philippines Deputy Chief of Staff for Operations Brigadier General Antonio Parlade.

The group is also poised to file a resolution seeking a “thorough investigation” into the failures and alleged anomalies in the midterm polls. The anomalies and failures according to them, include alleged vote-buying, use of public fund in campaigns, fraud in the seven-hour glitch after the polls, the breakdown of hundreds of vote counting machines, and the identification of over a thousand defective SD cards.

Zarate said they see the return of the “genuine” opposition in the House with the seeming victory of four of their party-lists in the 18th Congress but refused to give further details because they would rather wait for the official proclamation of Comelec.