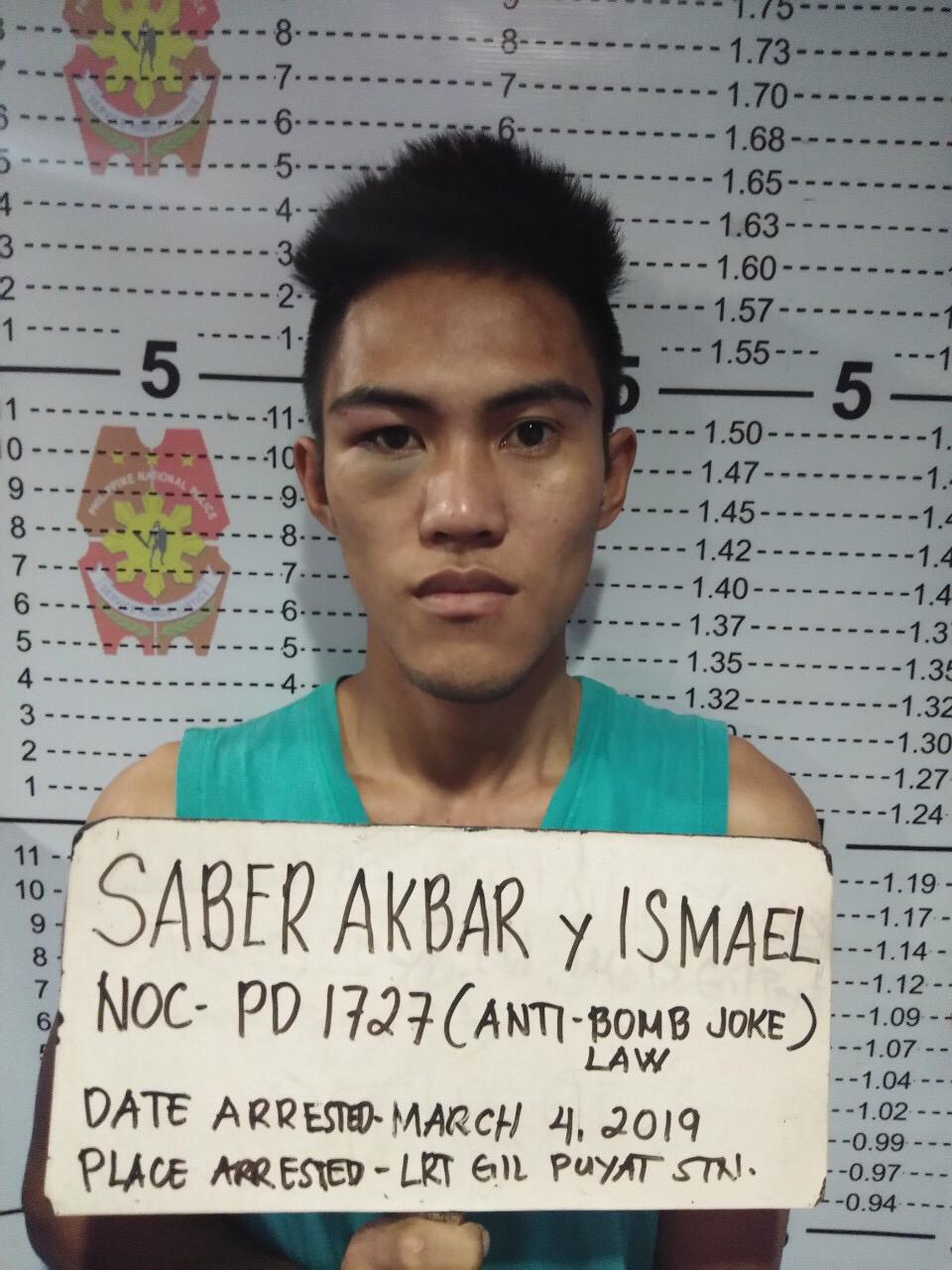 MANILA, Philippines — A jobless man was arrested for allegedly cracking a bomb joke at the Gil Puyat Station of the Light Rail Transit Line 1 (LRT-1) on Monday.

The Pasay City Police Station on Tuesday said Saber Akbar, 28, was about to enter the station and was standing in line to have his bag inspected, when he allegedly said that the bag of the person in front of him contained a bomb.

A security guard who heard him immediately accosted Akbar who was later turned over to the police.

Police Colonel Noel Flores, commander of Pasay City Police, told INQUIRER.net that Akbar had been charged with violating Presidential Decree 1727 or the Anti-Bomb Joke Law and detained at the police station. /cbb