KMU: 100,000 workers gearing up for mass protests on Labor Day 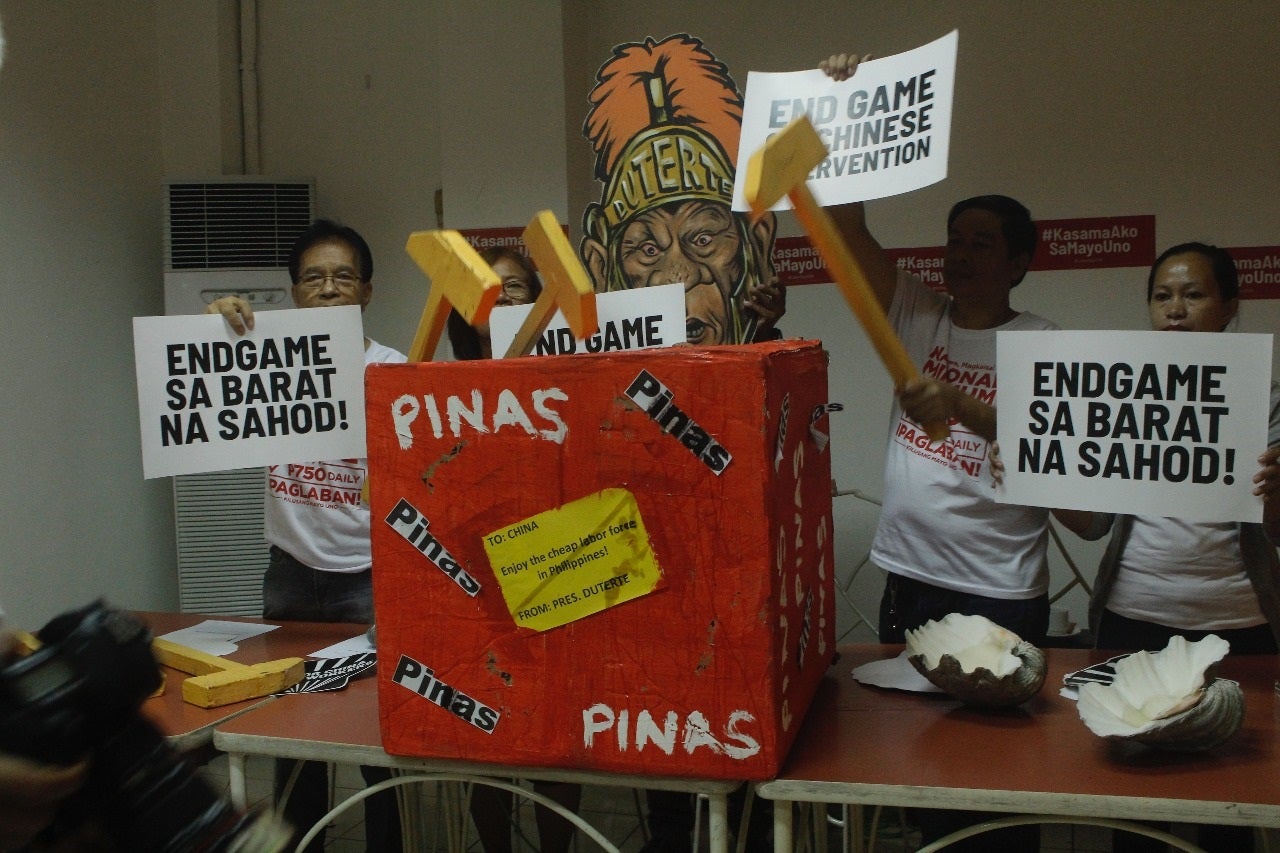 “Big cities in the regions will have their mobilizations, demanding the same issues that we do have in Metro Manila,” KMU chair Elmer Labog said in a press briefing in Quezon City on Monday.

“We expect mobilizations in Cebu, in Davao City, even if they are under martial law; Baguio City, big regions in Bicol Region,” Labog added.

Meanwhile, programs in Metro Manila — where a broader alliance of labor groups is expected to attend — will be divided into two parts.  One would be held at the Mendiola Peace Arch in San Miguel, Manila, and at the Liwasang Bonifacio near the Manila City Hall.

According to Labog, protests will center on Duterte’s failed promise to stop ‘endo’ or the practice of contracting workers, calls for a P750 per day national minimum wage, and the issue of allowing Chinese intervention in terms of territorial dispute and labor issues.

Before Duterte was elected into office, part of his campaign promise was to end contractualization, which he claimed will kill the Filipinos’ skill.  After winning the presidency, he also vowed to stop ‘endo,’ even threatening to kill business owners engaged in such practice.

READ: WHAT WENT BEFORE: Duterte promise to end contractualization

On Labor Day 2018, Duterte signed an Executive Order which prohibits illegal contracting and subcontracting but allows some forms of contractualization, including seasonal or project-based jobs. /cbb