newsinfo / Nation
Nation
‘IT IS EVERY WORKER’S RIGHT’ 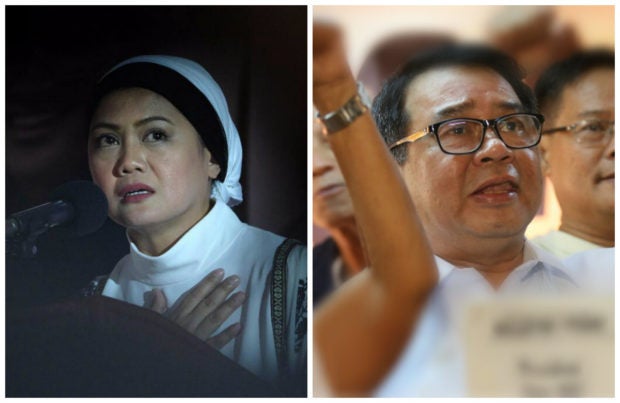 MANILA, Philippines — Reestablishing a national minimum wage based on the actual cost of living in the country is a “right of workers” that the incoming 18th Congress should prioritize, opposition senatorial aspirants Samira Gutoc and Neri Colmenares asserted Monday.

“If the incoming 18th Congress succeeds in legislating a national minimum wage measure and a bill that scraps Tax Reform for Acceleration and Inclusion Law’s additional excise tax, then that is the only time that we can say we are listening to our workers and giving them the justice they deserve,” the Marawi civic leader

Gutoc further said increase in prices of commodities due to higher excise tax on fuel affects all parts of the country.

“In 1989, Congress delegated its power to set minimum wages to the regional wage boards. This has led to a race to the bottom, with regions trying to compete with each other in lowering wages to attract investors and eroding real incomes for workers. It has created the situation where minimum wage workers can’t even earn enough to provide their families the most basic needs,” the Bayan Muna chair added.

Citing independent studies by IBON Foundation, Colmenares said a breadwinner with a family of five in Metro Manila needs to earn at least P1,004 a day, or P23,660 a month, to provide for his family’s basic needs including food, shelter, clothing, education, transportation, health, and basic utilities.

This figure is more than double the existing minimum wage in Metro Manila, which is set at P537 per day or around P14,000 a month. Rates are substantially lower in areas outside of Metro Manila.

“It appears that our regional wage boards have pegged the minimum wage to the poverty threshold instead of the actual cost of living. This is wrong and unjust. We want our workers not only to survive but to escape poverty,” Colmenares stressed.

Gutoc and Colmenares, both endorsed by the Makabayan coalition, said they support a P750-national minimum wage proposal.

Legislating a national minimum wage would also “spread out job opportunities across provinces and would decongest Metro Manila,” according to Gutoc.