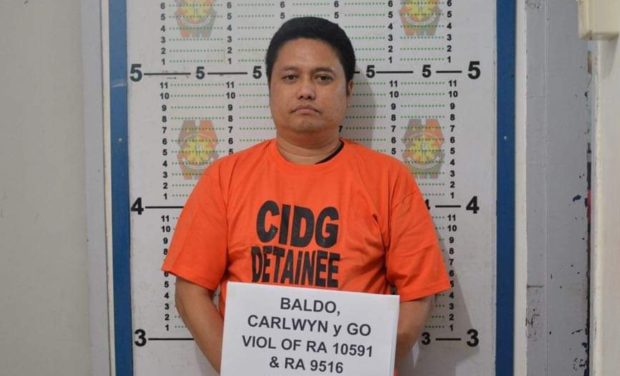 MANILA, Philippines — Daraga Mayor Carlwyn Baldo has appealed to judicial authorities to move from Legazpi City to Manila the venue of his murder trial allegedly after receiving threats to his life.

Baldo said he received death threats from personalities whom he believes “are the true [perpetrators]” behind the assassination of AKO Bicol Party-list Rep. Rodel Botacabe and his police escort.

According to Baldo, unknown cars have already cased their house on several occasions.

Baldo added that his wife also received a text message telling his lawyer, Atty. Merito Fernandez, to back out from the case.

He also noted that he started receiving threats following the murder of Batocabe.

With this, he called on the judiciary to move his trial from the Legazpi City Regional Court Branch to Manila.

Earlier, the Philippine National Police (PNP) tagged Baldo as the alleged mastermind behind the killing of Botacabe and his police escort, SPO2 Orlando Diaz.

However, Baldo has repeatedly maintained his innocence.

Members of the PNP Criminal Investigation and Detection Group in Region 5 arrested the mayor after firearms and ammunition were seized from his house during the implementation of a search warrant on January 22.

Baldo’s request to post bail was then granted by the Legazpi City Regional Trial Court Branch 10 amounting to P3 million or a surety or property bond of P4 million early February.