PNP leads destruction of P65-M worth of seized fake goods 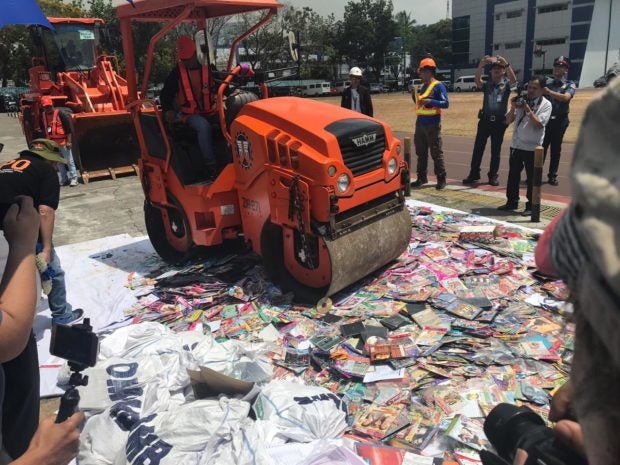 MANILA, Philippines — Authorities destroyed P65-million worth of counterfeit goods, including fake fashion brands and cellphones, during a ceremony at the Philippine National Police (PNP) headquarters in Quezon City on Friday.

The P65-million worth of goods were only a fraction of the National Committee on Intellectual Property Rights’ (NCIPR) total seizure in 2018 worth P23.6 billion.

Santiago said the 2018 seizure of fake items was 188 percent higher than the government’s seizure in 2017.

“This shows a growth of 188 percent over that of 2017. This is the largest amount confiscated by the government since 2008,” Santiago said in her speech during the ceremonial event.

In 2017, NCIPR confiscated P8.2-billion worth of fake items, including a large bulk of consumer electronics.

NCIPR, government’s anti-piracy task force, is under the Department of Trade and Industry and IPOPHL. /jpv